Almost Across Dál Riata With Infinity 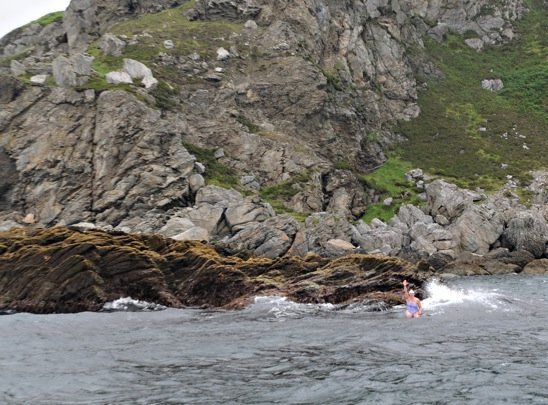 Success cannot always be measured by a finish line.

On July 11th, Team 210oSOUTHWEST set off from Cushendal to travel to the Mull of Kintyre for the start of their Dál Riata channel crossing attempt.

First attempted in 1928 by Mercedes Gleitze, the 17 km (10.5-mile) channel swim was pioneered by Wayne Soutter when he swam from Mull of Kintyre in Scotland to Ballycastle in Northern Ireland in 2012. 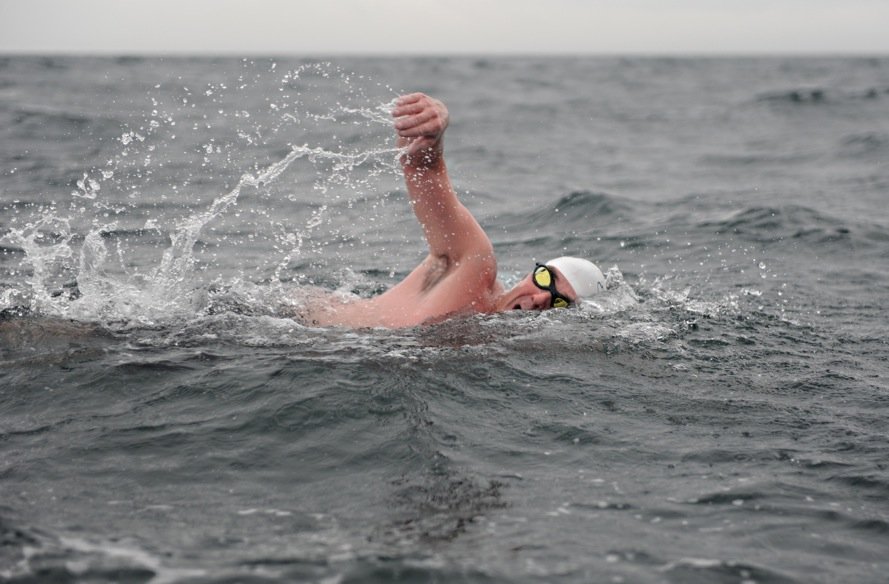 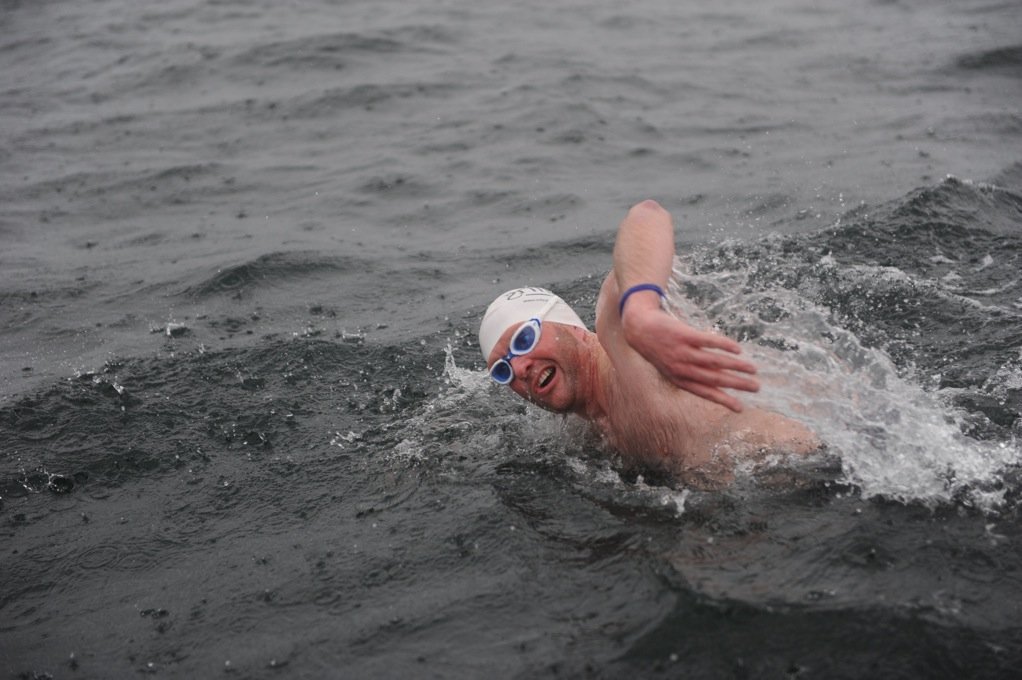 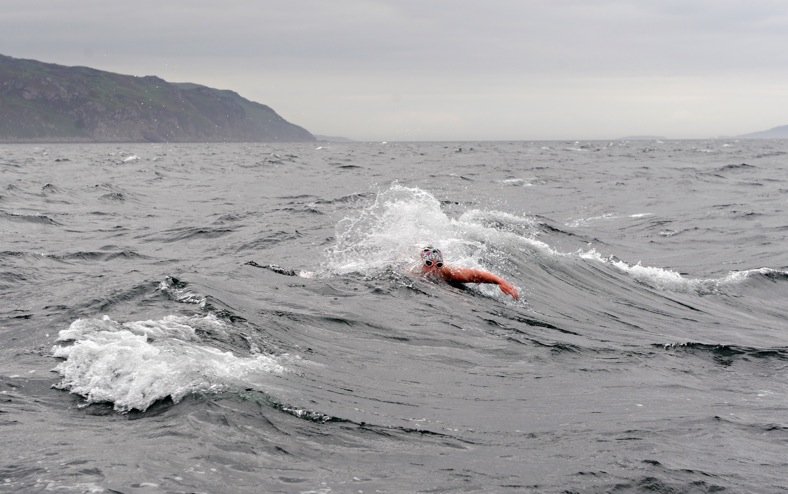 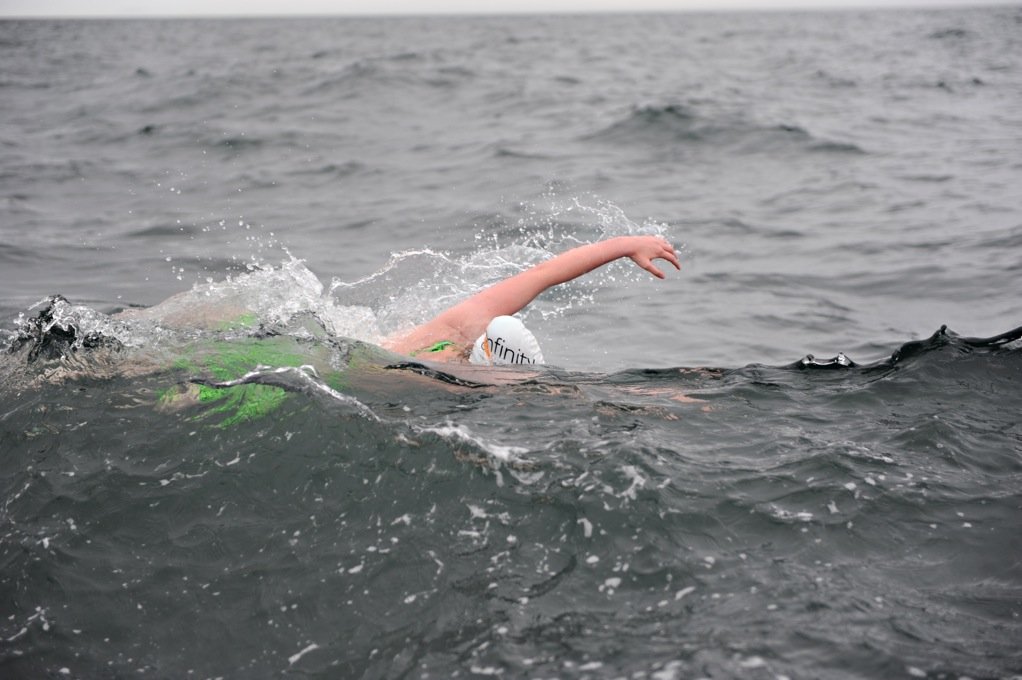 At 1:31 pm, Mo McCoy, one of Northern Ireland’s first channel swimmers, entered the water, touched landfall onshore at the Mull of Kintyre and the swim commenced. Olive Conroy, a 16-year-old Irish ice swimmer and indoor swimming champion, was next to take to the water on the 1-hour rotations. The high waves, chop and turbulent conditions due to currents and eddies colliding around the Mull of Kintyre did not faze either of these ladies as all their training and learning in the lead up to the event paid off. Each stroke with a smile on their face demonstrated they were alive in the water – even when a nearby whale raised his head. 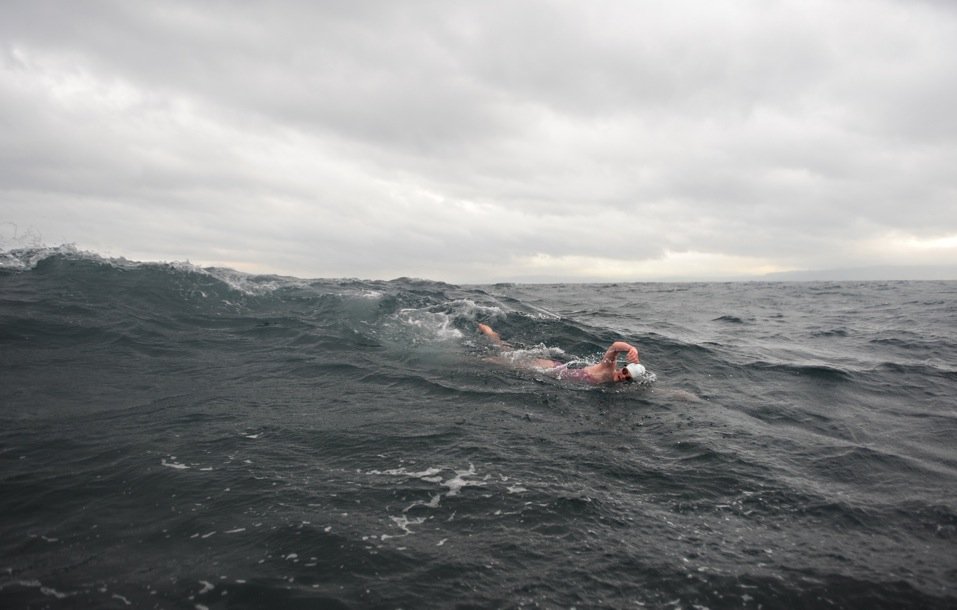 After three relay rotations and nightfall, the 210oSOUTHWEST team kept swimming with the might of Celtic warriors. Northern Ireland landfall was within touching distance. But they still faced three gruelling hours of currents and eddies along the Northern Ireland coast 12 hours after start, McCoy’s fourth and last rotation began in the dark 11.5°C water in a battle to the shoreline. The GPS read 1.3 km to landfall. 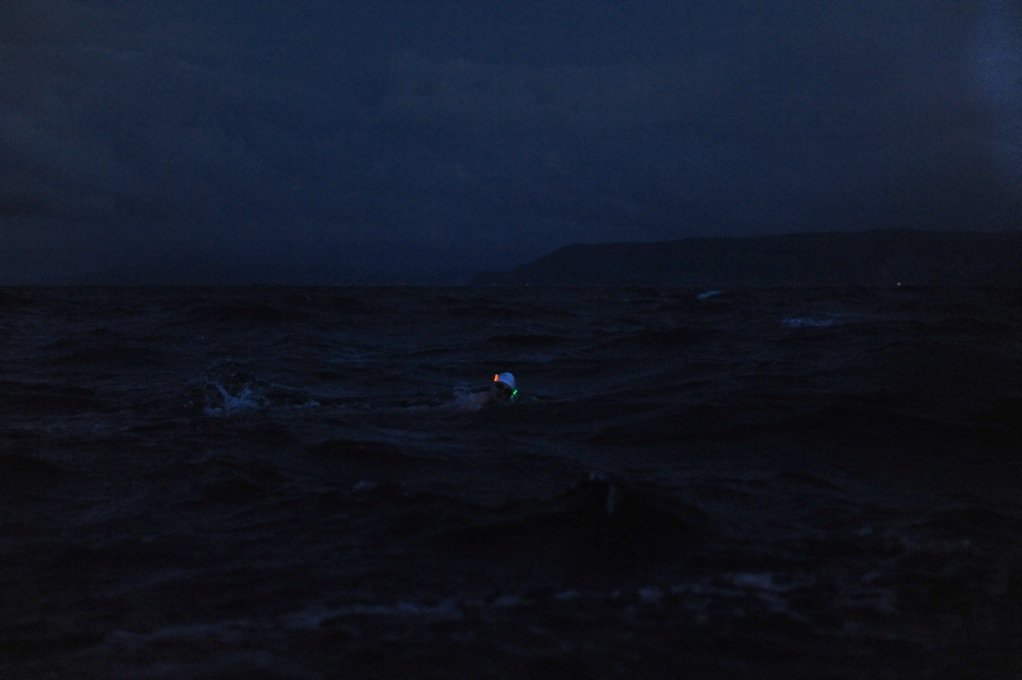 But 50 minutes later, only 500 meters had been gained. She increased her stroke rate in a determined and gutsy performance, but at 2:22 am, 210oSOUTHWEST gracefully bowed to the sea.

Similar to Mercedes Gleitze who attempted 3 unsuccessful crossings from Donaghadee to Portpatrick in 1928, the 210oSOUTHWEST team was heading to shore, but still retained a resolve to achieve their goal.

“The 210oSOUTHWEST – Mo McCoy, John McElroy, Adrain Poucher and Olive Conroy – team were true to the sentiments of Mercedes Gleitze and could relate to her experiences of the North Channel battle,” recalls Jacqueline McClelland. “The sea on this occasion withheld the right of these hearty swimmers to a passage to landfall, but the experiences and lessons learned during this crossing were priceless. With 47.5 km swam leaving only 800 meters to go, the crossing cannot be ratified as the finish line was not reached but, for the team and in the eyes of many who will hear their story,, it was a mighty achievement.”