From Father To Daughter Across The Strait Of Gibraltar 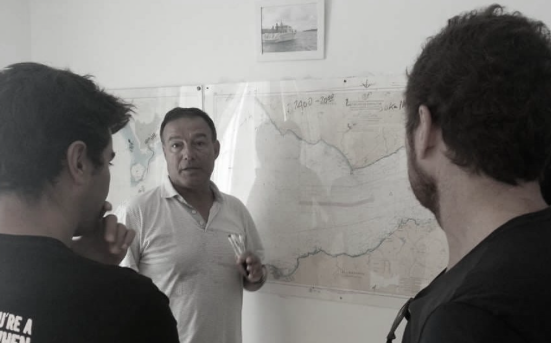 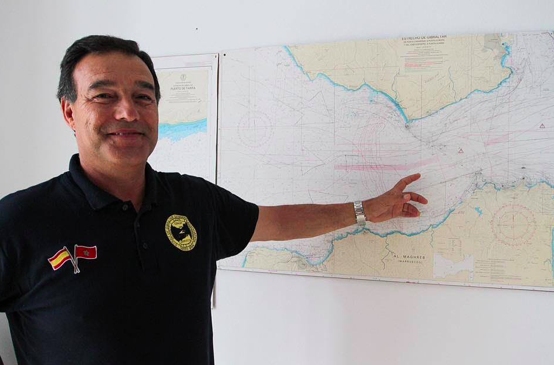 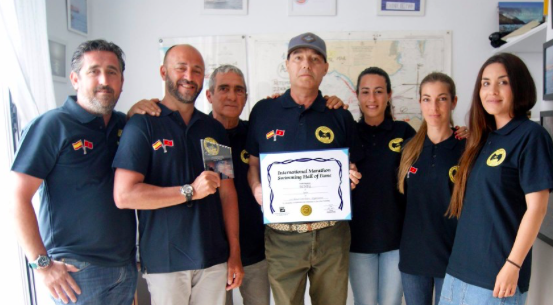 Laura Gutiérrez Díaz is the daughter of the late Asociación de Cruce A Nado Del Estrecho De Gibraltar (Strait of Gibraltar Swimming Association) president Rafael Gutiérrez Mesa who passed away on September 12th 2017 at the age of 59 years.

Gutiérrez founded and served as president of the ACNEG as he envisioned, developed and promoted tirelessly able-bodied and disabled solo and relay swimmers who wanted to cross the Strait of Gibraltar both with and without wetsuits on one-way, two-way and three-way crossings of the 14.4 km distance between Spain and Morocco.

Laura now works as the president (Coordinadora) of the Association with the same team as her father had including Antonio Gil Bravo, Antonio Montiel Martin, Fernando Diaz Piñero, Sebastian Sanchéz Rios, Ana Gutiérrez and Cristina Montiel.

“We are working to improve the conditions of the crossing and with the Association itself. Like the other channels of the Oceans Seven, the Association has a long waiting list,” she explained.

Like the English Channel swimming associations and the Tsugaru Channel Swimming Association, she and the ACNEG team annually undergo a series of meetings with the local (Spanish) maritime authorities that regulate the crossings. With an increasing demand for solo and relay crossings, the channel swimming organizations are trying to balance the need to maintain their safety records as well as increase the number of crossing attempts with the protocols and regulations of the local governmental agencies.

“We tell the Spanish authorities that we have never had an accident and we work every day for safety,” Gutiérrez said. “I try to do my best so my father could be proud and happy wherever he is.”

Gutiérrez explained the history of swimming across the Strait of Gibraltar to Revista Open Swim in March 2016. “Two English ladies Mercedes Gleitze and Miss Hudson made the attempt to cross from the city of Tangier with the intention of reaching the city of Gibraltar. They did not succeed because the route selected was not the most appropriate. A year later, Mercedes Gleitze tried again, this time from the city of Tarifa arriving at the neighboring coast of Morocco in 12 hours 50 minutes. It was a 5th of April, Holy Thursday.”

Until 1999, locals had been helping swimmers attempt and cross the Strait together with the Red Cross. “This made us reflect and reach the conclusion that there was a need for an organization that will provide the swimmers with the procedures involved in a crossing, as well as technical and material advice to make the crossing. Following the model of the Channel Swimming Association, we started and founded the ACNEG.”

As of 2016, the ACNEG had helped and overseen 455 solo crossings, 519 crossings with a wetsuit, 20 crossing for relays and 11 two-way crossings. “We can make an average of 50 crosses per year with a maximum of 4 swimmers per crossing between April and October,.”

He reflected before his death in managing expectations from swimmers around the world. “We have requests from all over the world. There are hundreds of requests of which we can only answer some accounts every year. Keep in mind that there are many repetitions of crosses that can not be done by the weather, as well as requests that have been waiting for several years.”

The ACNEG work and organization was recognized this year by the International Marathon Swimming Hall of Fame [see photo above], a tribute to two decades of selfless dedication.