From Leisure Swimmer To 6 Hours In 4 Days 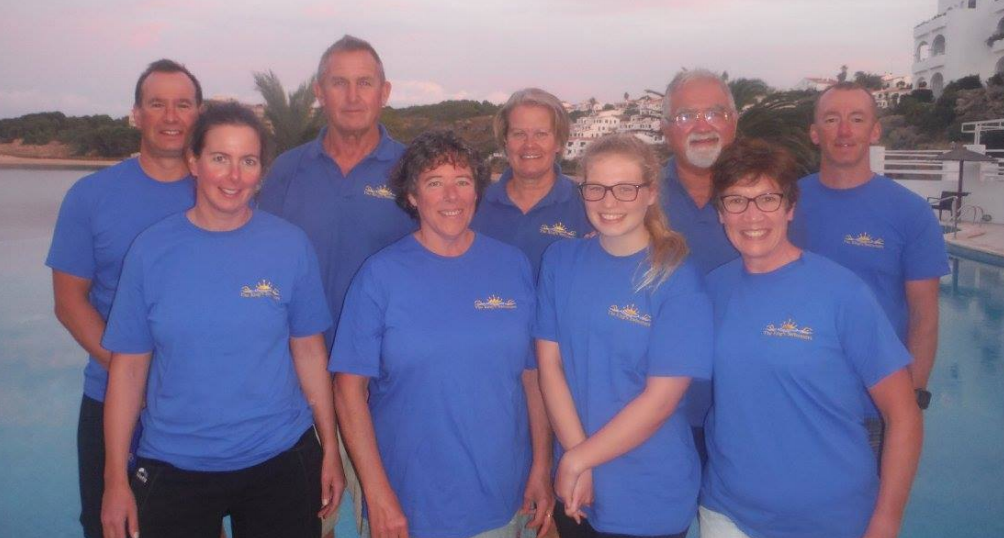 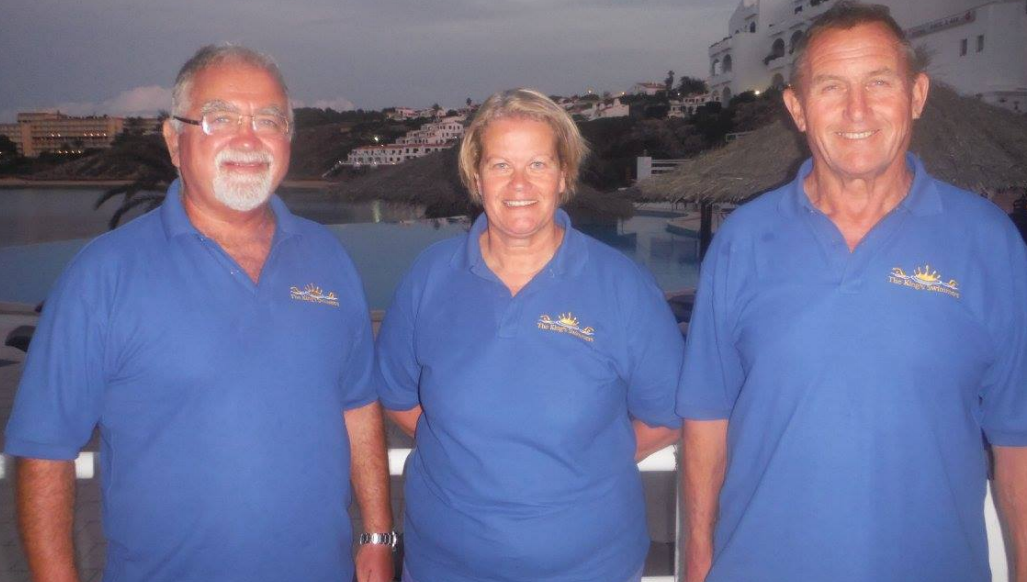 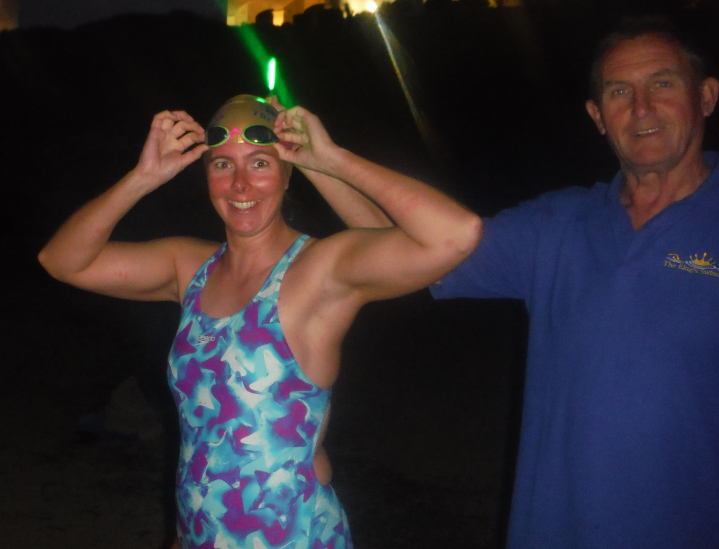 Janet Myers arrived at The Kings Swimmers’ Swim Camps in Menorca as a novice swimmer wit the hopes of completing a 2-hour swim in order to gain entry into a charity English Channel relay in 2017.

Her transformation was fast.

“On the Saturday evening, she swam for 30 minutes in a sheltered bay. On the Sunday, she swam for one hour, then enjoyed a break for lunch, and then went back in the water for another two hours,” recalled coach Kevin Murphy.

On the Monday, she repeated her training again in preparation for a new goal: a 6-hour swim.

It was inspirational. She went way beyond her limits. She wasn’t fast, but she refused to give up, even when one shoulder became so painful she was swimming with only one arm

Myers saw only the positive. “It was bloody marvelous. [We were coached by] 3 highly respected individuals on one week – it is difficult to improve on that. [There was] so much experience, it was a a bit of a privilege to be here.”

But after Myers faced the challenge of her burgeoning aquatic career. “Two weeks later, she went for a trial for one of the Channel relays being put together by the Aspire charity. She was selected.”

Myers was one of six swimmers on The King’s Swimmers first swim camp in Menorca; each individual had different reasons for heading south to Spain’s Balearic Islands located in the Mediterranean Sea.

Andre Jason was the most experienced camp participant. He swam the English Channel during the summer and was training for a Manhattan Island circumnavigation swim in 2017. Six hours was no problem for him, but even he admitted that the conditions were much the same as what one pilot calls a rather cheeky day in the English Channel.

Amy Taylor and Paul Rowe are both planning solo English Channel crossings in 2017. At the camp, they both completed their 6-hour qualification swim. For Rowe, it was the first time that he had shed his neoprene gear and swam out into the open sea without a wetsuit.

“He’s extremely fit – an Ironman triathlete and a skydiver,“ said swim guide Kathy Batts. “It was valuable experience for what he now has to do in the Channel.”

Rowe commented on his experience, ”It was fun in a relaxed atmosphere, but it pushed me outside of my comfort zone. The night swim was a welcome bonus.”

Taylor was an 18-year-old newcomer who described herself as new to the open water, although she has and English Channel relay to her credit. “But the longer she went on, the faster she became. By the last half hour, she was doubling back with tumble turns in the open ocean each time, so that the other swimmers could keep up,“ said guide Ian Muir who coached from the ribs that accompanied the swimmers during their training.

Anke Tinnefeld has completed te 26.4 km International Self-Transcendence Marathon Swim from Rapperswil to Zurich in Switzerland and the Beltquerung, a Baltic Sea crossing from Germany to Denmark. In 2017 she aims to swim around Jersey and having a 6-hour training swim under her cap was a valuable experience.

“I’m sure she wants to swim the English Channel. I’m confident she can succeed, but she’s going about it the right way – getting plenty of experience before she challenges the Channel, “ said Murphy.

The sixth swimmer, Jane Mitchell, was a little different. She tried crossing the English Channel in 2016, but the Channel chop took its toll on her. Four and a quarter hours into the swim, Mitchell had to abort because of her seasickness. “She arrived in Menorca wanting reassurance – a bit like falling off your bike and getting back on again.”

Mitchell explained her desire for participating, “I want to get my mojo back.” Five hours into the six-hour swim, she pronounced herself satisfied. “I’d love to see her back in the Channel. With good weather, I see no reason why she can’t do it,” predicted Murphy.

The King’s Swimmers has three more swim camps planned in Menorca during April 2017. “A number of Channel relay swimmers have booked for the first week of those three weeks and we will adapt their training so we get them swimming two hours in, one hour out on a rocking boat then another hour back in,” said relay veteran Batts who is an expert with one solo crossing and 16 Channel relays to her credit.

Among the coaches, Murphy holds the Channel Swimming & Piloting Federation title of King of the English Channel (3 two-ways and 28 singles) and the Irish Long Distance Swimming Association title of King of the North Channel (3 one-ways). His numerous other successes include a Catalina Channel crossing, a Santa Barbara Channel crossing, and a Manhattan Island circumnavigation. Ian Muir has three English Channel swims among his credits. Standing by to join the team in 2017 is Phil Yorke, an English Channel breaststroker in 2015.

The King’s Swimmers bases its swim camps at Arenal De’En Castell in Menorca between April 1st and 20th with a possibility of a fourth week to be added in April if demand dictates.

Another 2017 Menorca swim camp is planned for October 28th to November 2nd with respected Swim Canary Wharf stroke coach Ray Gibbs standing by to join the guides to give some expert advice.

Murphy said, “We also have plans to escort Lake Windermere solo swims and for UK-based swim training camps. We look forward to the successes of our King’s swimmers.”