From Long Ago, Penguins Preferred To Swim Rather Than Fly 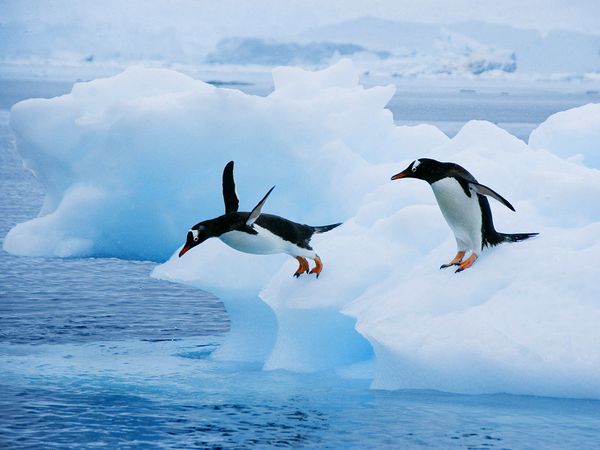 Eons ago, the ancestors of penguins could both fly through the air and swim. But evolution led to changes in the penguins mode of preferred transportation and penguin gave up flight.

Scientists believe penguins do not fly because the species would rather swim.

The research looked at the amount of energy necessary to move through the air and the water by the murre that lives in Canada.

Kyle Elliott of the University of Manitoba who contributed to the study found that murres “beat their wings really, really fast, and they’re horrible at landing.” Elliott and his colleagues outfitted the murres with sensors to learn how deep they dove and how much time they spent in air, underwater, and on land.

Murres are much more efficient moving in the water. Their predecessor penguins evidently choose to grow larger, dive deeper, swim faster, and stay underwater longer, enabling them to feed on larger and more numerous prey.

Air or water. The penguins choose the aquatic environment.

We would do the same, given a choice.