Nejib Belhedi Gets On The Big Screen 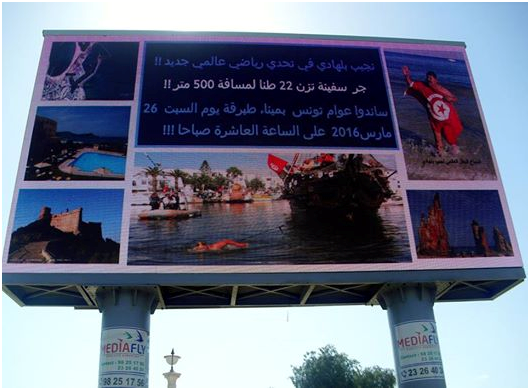 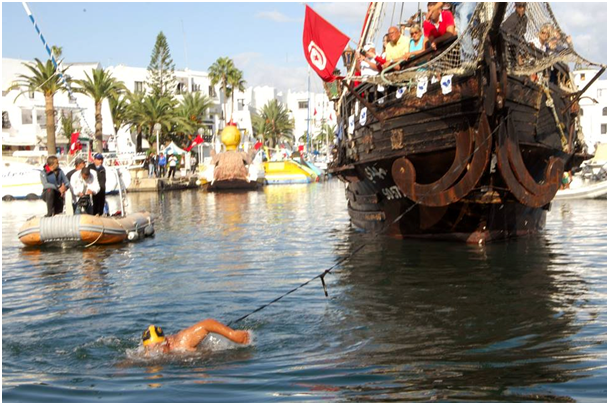 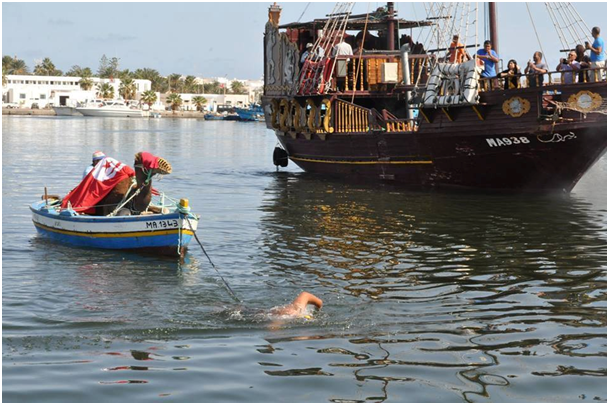 Many, if not most, open water swimmers find their niche after a while. Some like Lynne Cox, Lewis Pugh, and Ram Barkai find their niche early in their career and enjoyed a long career. Others enjoy dabbling in various niches from professional racing to channel swimming to winter swimming like Christof Wandratsch and Petar Stoychev.

Nejib Belhedi has captured the hearts and minds of the people and media of Tunisia with his English Channel swims, unprecedented stage swims and solo swims in Tunisia and around the world. Now, he has shifted his focus on a unique series of Iron Swims where he pulls boats and ships and camels.

Belhedi explained his latest Iron Swim. “Just before my swim, the wind wasn’t so strong, about Force 2-3. But I was concerned because the ship was so big and the direction of wind could push it against from my course.

But before I started, the wind changed its direction, it became my allie. Ibrahim, my brave pilot on a Zodiac, was very happy. He was the first to feel and to discover this change of the direction of wind. He cried out, ‘The wind is changed; the wind is with you now.’

I immediately changed my strategy before I jumped in water. I opted for the Hasty Attack mode to move the Titan ship from his grotto. In the first second of the race, I was like a boxer who gives a decisive knock during the first second of the first round to his adversary. Speed. I said to myself, ‘Do it; just move it; it will be your follower. Keep Titan always in motion. I hit very hard the dock of the port on arrival as a true swimmer slaps dams

Belhedi’s exploits were highlighted in a large billboard on downtown Sfax in Tunisia.