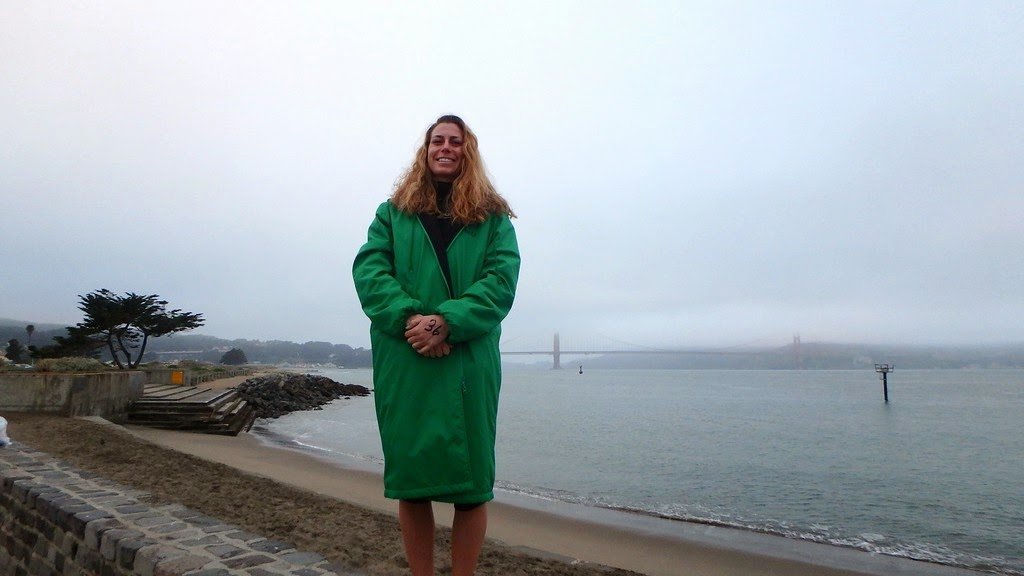 Kristen Zeimitz flew in from Englewood, Colorado just in time to catch the 2-mile Alcatraz Classic for the Fastest today, arriving in her San Francisco hotel after midnight.

But even with a 6 am check-in, the 35-year-old lifelong swimmer was ready to go.

The open water was familiar territory for the Alton, New Hampshire native. “We grew up on Lake Winnippisaukee. We have a family tradition to swim to Rattlesnake Island.”

The island is about 1.5 miles from our house. We always talked about doing it. One year, we said, ‘Why don’t we swim to the island?’

My father drove us over in a boat and we swam back. Another year [in chop], my husband crashed into me with his canoe. It can get very choppy because of the winds
.”

Justin (33), Eric (24) and Emily (22) annually join their older sister Kristen and the rest of the family, six years running.

But after a few hours sleep, Kristen woke up for the first time in San Francisco with her sights set on swimming from another island, Alcatraz to the St. Francis Yacht Club. She was one of the fastest swimmers in the field today, finishing in 37:31 and representing the Zeimitz family quite well. 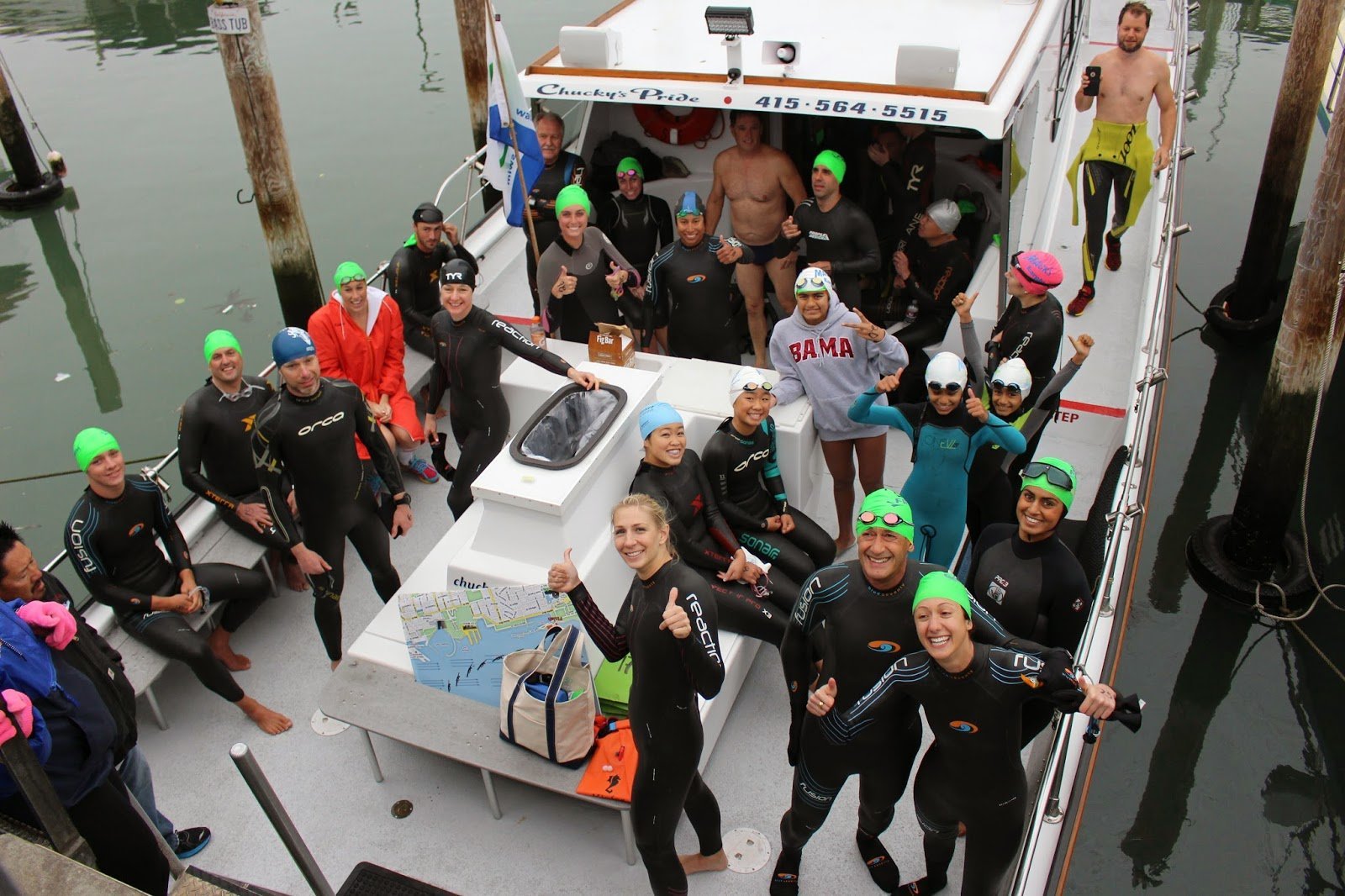