From Relay To Solo Across The Tsugaru Channel 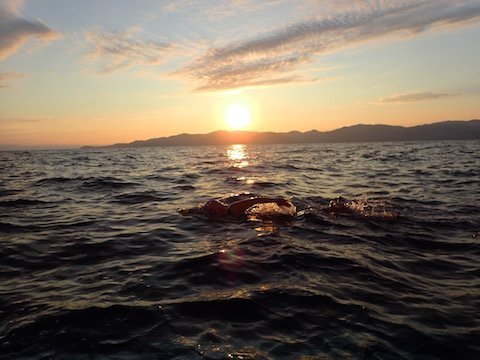 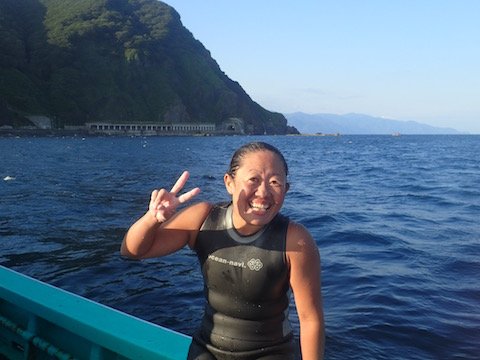 Motoko Honma (本間素子) is a Japanese open water swimmer who has participated in a number of relay channel swims.

She was a member of Team Umiou (海王《うみおう》that completed a 12 hours 45 minute crossing of the 19 km Tsugaru Channel in northern Japan in 2013 together with Tomokazu Sakurai, Nobu Arihirsa, Yuko Isozaki, Shinpei Kamata, and Fujiko Kawasaki.

Then in June this year, Honma made her second Sado Channel crossing on a relay. This time, she and Hiroko Kasahara, Noriko Kimura, Kumiko Koizumi, Maki Sakamoto, Daisuke Tanaka, Mayumi Doi, Rei Yamazaki, and Masayuki Moriya completed a crossing in 13 hours 40 minutes.

Finally, she was ready mentally and physically to attempt a solo crossing.

Last month on July 22nd, Honma finally realized her dream and completed a solo wetsuit crossing of the Tsugaru Channel in 13 hours 26 minutes.