From The Statute Of Liberty To The Freedom Tower 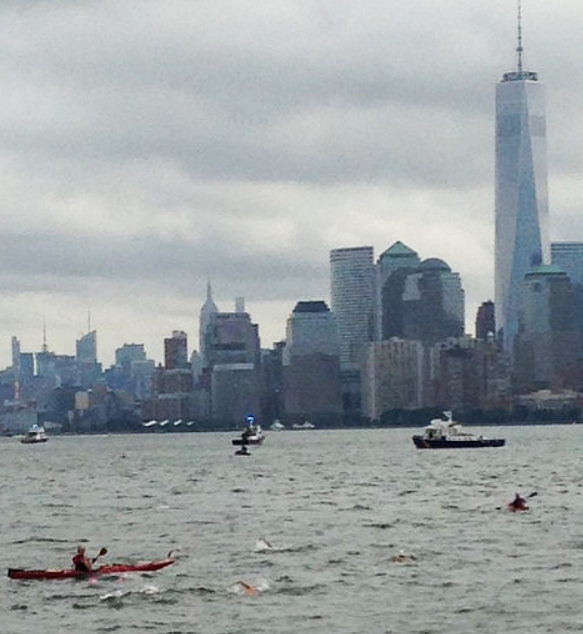 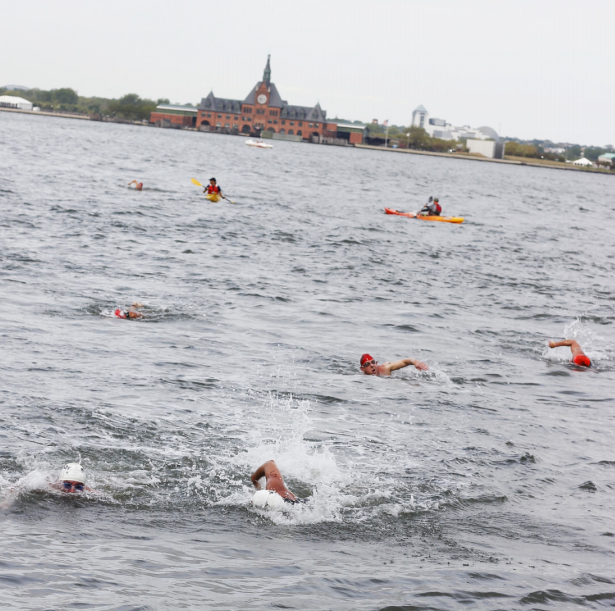 The Liberty To Freedom Swim is a 2.2-mile open water swim from the Statue of Liberty in New York Harbor to the Freedom tower in downtown Manhattan, New York.

The third-year event, organized by Urban Swim, is dedicated to celebrating the freedom of the American people and to the memory of those that died and served on September 11th 2001.

On September 3rd, 22 athletes from around the world honored the memory of 9/11 by swimming from the Statue of Liberty to the Freedom Tower in downtown Manhattan in New York.

Staged annually in early September by URBANSWIM, this event is dedicated to celebrating the freedom of the American people and to remembering those that died and served on 9/11.

On a cloudy and slightly windy Saturday morning, swimmers were transported to the swim start at the Statue of Liberty by motorboat. At 7:45 am, the swimmers began entering the Hudson River and within 15 minutes they were heading north toward Ellis Island. From Ellis Island, the swimmers crossed the Hudson for a finish at South Cove in the shadow of the Freedom Tower. 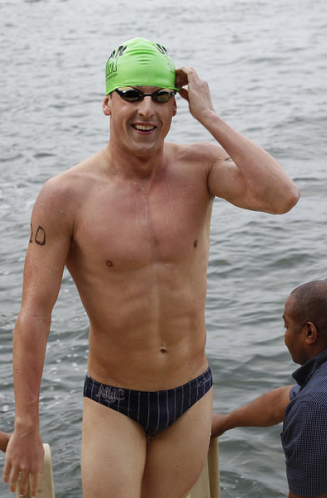 Steve Shouldra, a 3-time winner of the event, was the first finisher and broke his own record from last year’s race by 11 minutes. He finished in 45 minutes 18 seconds. “As a New York Fordham swimmer, the Liberty to Freedom swim makes me feel like I’m truly a part of this city. There’s nothing to connect you with New York like swimming right under the Statue of Liberty and Ellis Island.”

Shouldra has been swimming since he was seven years old. “I fell in love with the sport as soon as I first tried it. Open water swimming is so unique, and it’s a sport you can do for a lifetime.

Open water swimming is a whole different arena than pool swimming. I’ve known some of the best distance swimmers in the state of Washington not be able to even finish a 5 km or 10 km open water race. In a pool, it’s just you and your lane; in open water, it’s a group mindset. Therefore, you could be the best or worst pool swimmer that you know, and be the exact opposite in open water. If you have the dedication and perseverance for open water swimming, then you can be a champion no matter what.

I’ve been a proud member of the Fordham University Swim team for four years. Now that I’ve graduated, I can’t wait to get more involved in masters swimming in this city.

I believe that swimming is the best exercise one could do, and I love the feeling of the water. I’m looking forward to waking up in a few days and jumping off the L2F boat to start the race 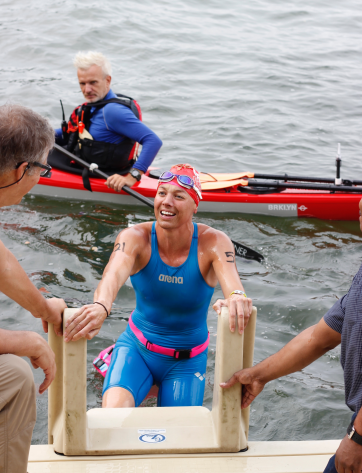 This year, participants included Mareille Veenman, an open water swim coach from Amsterdam, who is no stranger to swimming for a good cause.

“I started swimming about four years ago because I wanted to join a 2 km swim event in the canals of Amsterdam. The event was hosted by Amsterdam City Swim, a sponsor swim for ALS.


After that I was hooked on open water swimming. So together with other swimmers we started a swim club called Open Water Swimming Amsterdam. I swam about four days per week and got to know Total Immersion, founded by Terry Laughlin. I thought I was hooked before, but now I really got hooked.

In Windsor, England, I got the great opportunity to become a Total Immersion Swim coach. That was a year ago, now I am a TI swim coach Level 3 who specializes in open water swimming and sea swimming. I have my own company Swimsensation, open water swim coaching.

How I got to know this Liberty to Freedom Swim is all thanks to Tom Flaherty. Last year when he was in Amsterdam, he joined our swimming group Open Water Swimming Amsterdam. The next week, he joined us at a 7 km open water swim competition. We stayed in touch and he ask me to come to New York and enter this event. I set a goal for myself: to do at least one special swim in a foreign country each year. This year it was in the amazing city of New York 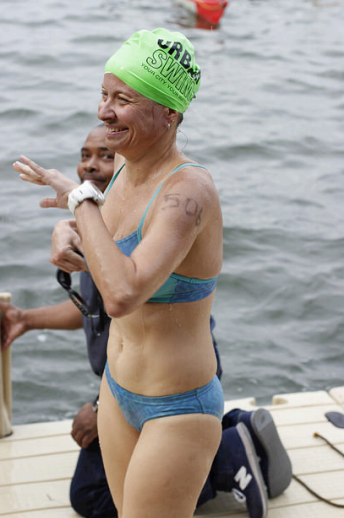 Sanem Dilek, a native of Turkey, is a 44-year-old swim coach and masters swimmer from the Modafen Swimming Club. She dedicated her swim to those who died on 9/11, to her swimming club and finally, to her country Turkey. “In recent years, I started to become more interested in open water swimming rather than pool swimming. Since then, I have crossed Asia to Europe at the 6.5 km Cross Continental Race 5 times and the 7.5 km Meis to Kas race in Greece. I’m very happy and excited to be a part of this meaningful event.

I was age group swimmer during college and university. I graduated from the Department of Economics with a BS degree. I worked as a financial controller until 2013. Then I decided to begin work as a swimming coach. I have been working as a swimming coach and masters swimmer.

In recent years, I started to be interested in open water swimming rather than pool swimming
.”

The event’s success was due in part to Fleet Commander Paul Amico, who was instrumental in evacuating downtown Manhattan by boat on 9/11. Amico, working closely with the New York Police Department, United States Coast Guard, and on water safety fleet, made sure that all participants enjoyed a safe and memorable swim.