Funding And Supporting The Next Generation In Jordan 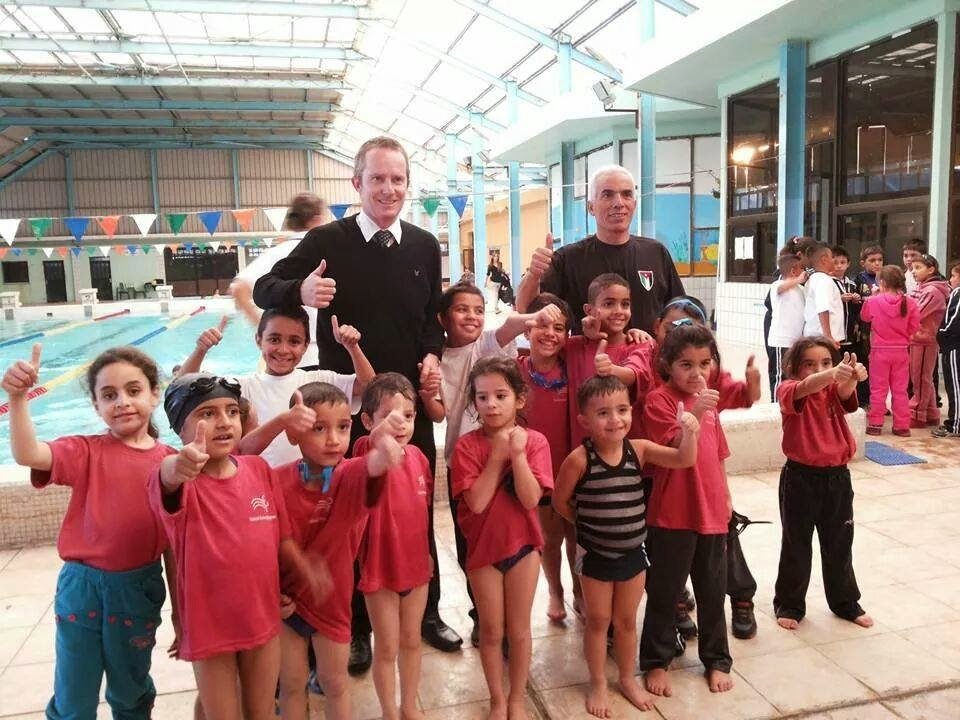 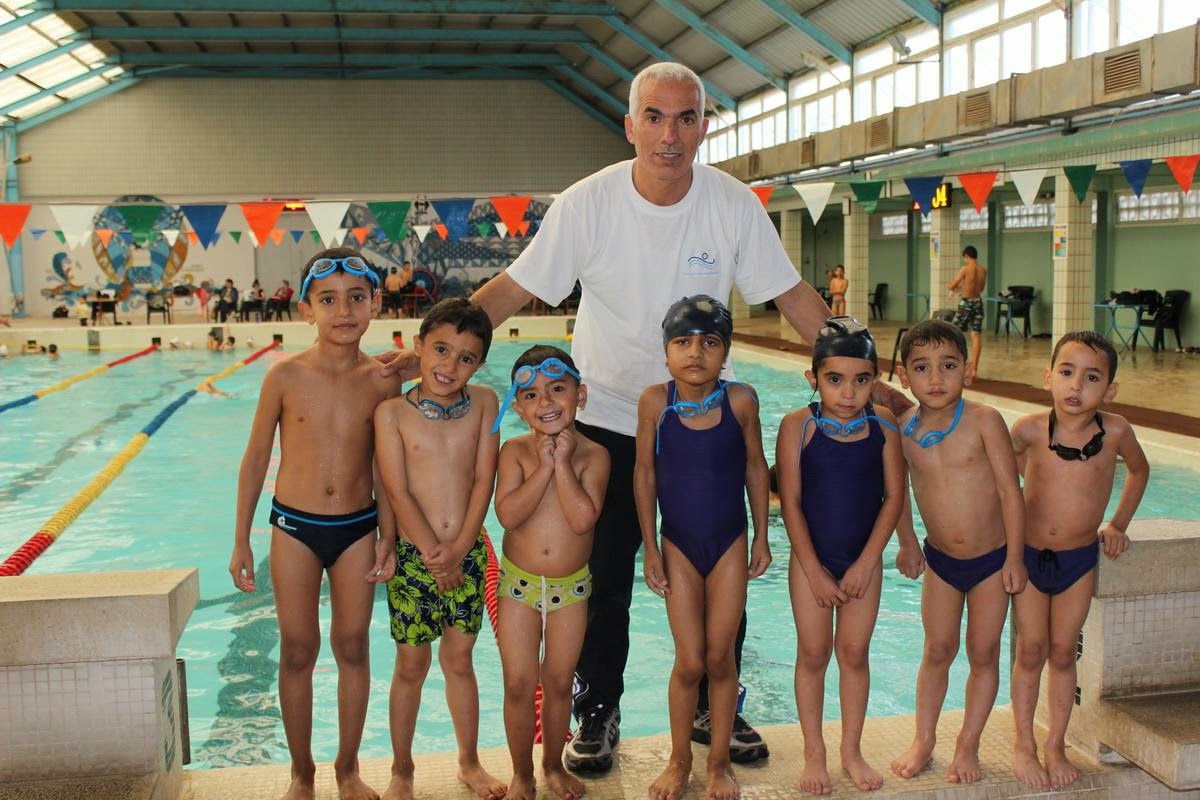 Faisal Ahmad, Jordan’s national swim team coach from Amman, helps beginners in addition to the elite swimmer of his nation.

In the northern Jordanian city of Irbid, Coach Ahmad is transforming the young lives of over 30 orphans through a program called The National Program for the Development of Swimming in the SOS Children’s Village.

As a result of an international initiative following the 2012 London Olympic Games, the Jordan Swimming Federation is working with British swimming to develop its National Swimming Programme headed by Coach Ahmad. This programme funds British coaches to train their Jordanian colleagues to help implement new techniques and drills to develop children in the pool from the age of three.

With the goal of ultimately helping swimmers qualify for the Olympics, Coach Ahmad also helps children without mothers or fathers to learn how to swim and prepare themselves for life. The good-natured coach with an obvious passion to help others says, “This is really a wonderful project that the children very much appreciate and enables me to give back to society and help others. The idea behind the National Program for the Development of Swimming in the SOS Children’s Village was initiated to fill a large gap in Jordan for a comprehensive and long-term athletic program that can develop athletic skills by starting from early ages in order to ultimately reach a high level of competitiveness.”

The program commenced its activities with children of the SOS Village Association of Jordan. The organization is private, non-political, non-governmental and independent. The SOS village is located in Irbid and was selected as the pilot program because there were no previous sports activities and in dire need for development. “The program has been adopted by the Jordan swimming Federation. Our main goals is to train children from the SOS villages between the ages of 5-7 years old to swim for a duration of 10 years or equivalent in order to achieve 10,000 training hours per the following stages,” explains Coach Amhad.

Currently, the program consists of 30 candidates that have been assessed and divided into 3 groups:

“This program aims to reflect on the children in many positive aspects including athletics, social behavior, and their psychological well-being, which will ultimately develop their leadership skills and enable them to integrate into society. Additionally, equipping the children with a strong athletic base can pave the way for the Jordanian Swimming Federation to consider them as possible candidates for becoming members of the Jordanian national team.” 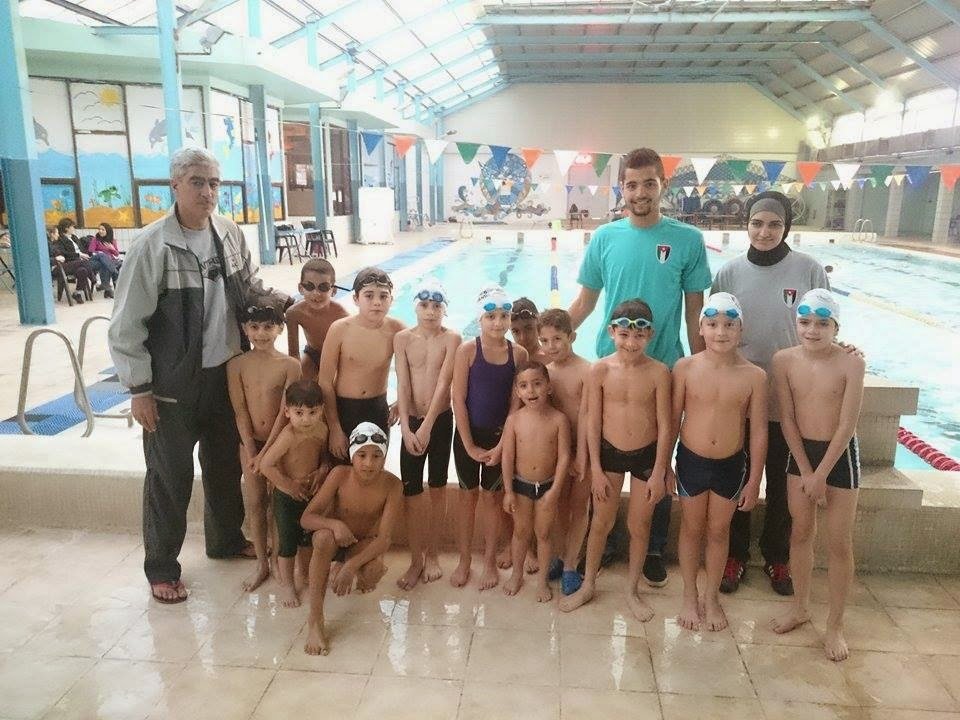 The head coach is Faisal Horani who is helped by assistant coaches Mohamad Radaideh and Khaled Kanaan [shown above]. They will continuously recruit the exceptional athletes to join the team.

Al Hassan Sports City is funding the program and has allocated specific times for training at its facilities free of charge throughout the year. And will continuously recruit the exceptional athletes to join the club’s team. The program is expected to have positive effects in numerous areas, mainly to enhance the children’s academic achievements, increase their discipline and improve their study habits, improve their social behavior by becoming an active part of society with set goals, and facilitate a smooth integration into society.

But in order for the program to succeed and be sustainable, it constantly needs public and private donations to fund medical tests for the children, athletic clothing, and training equipment such as goggles, kick boards, pull buoys, paddles, noodles, snorkels, ring floaters, fins, and safety jackets.