Fundraising On The Backs Of Champions 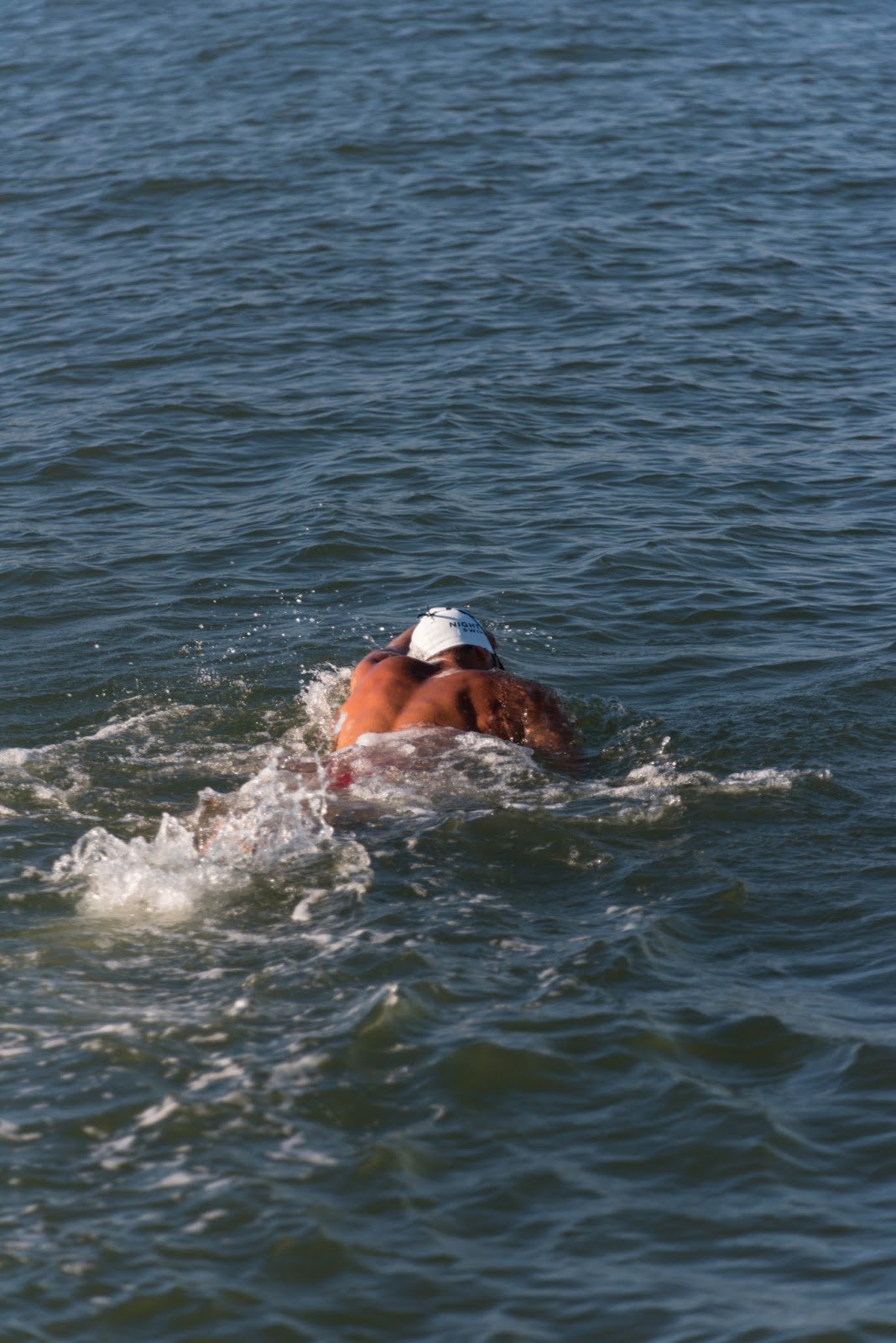 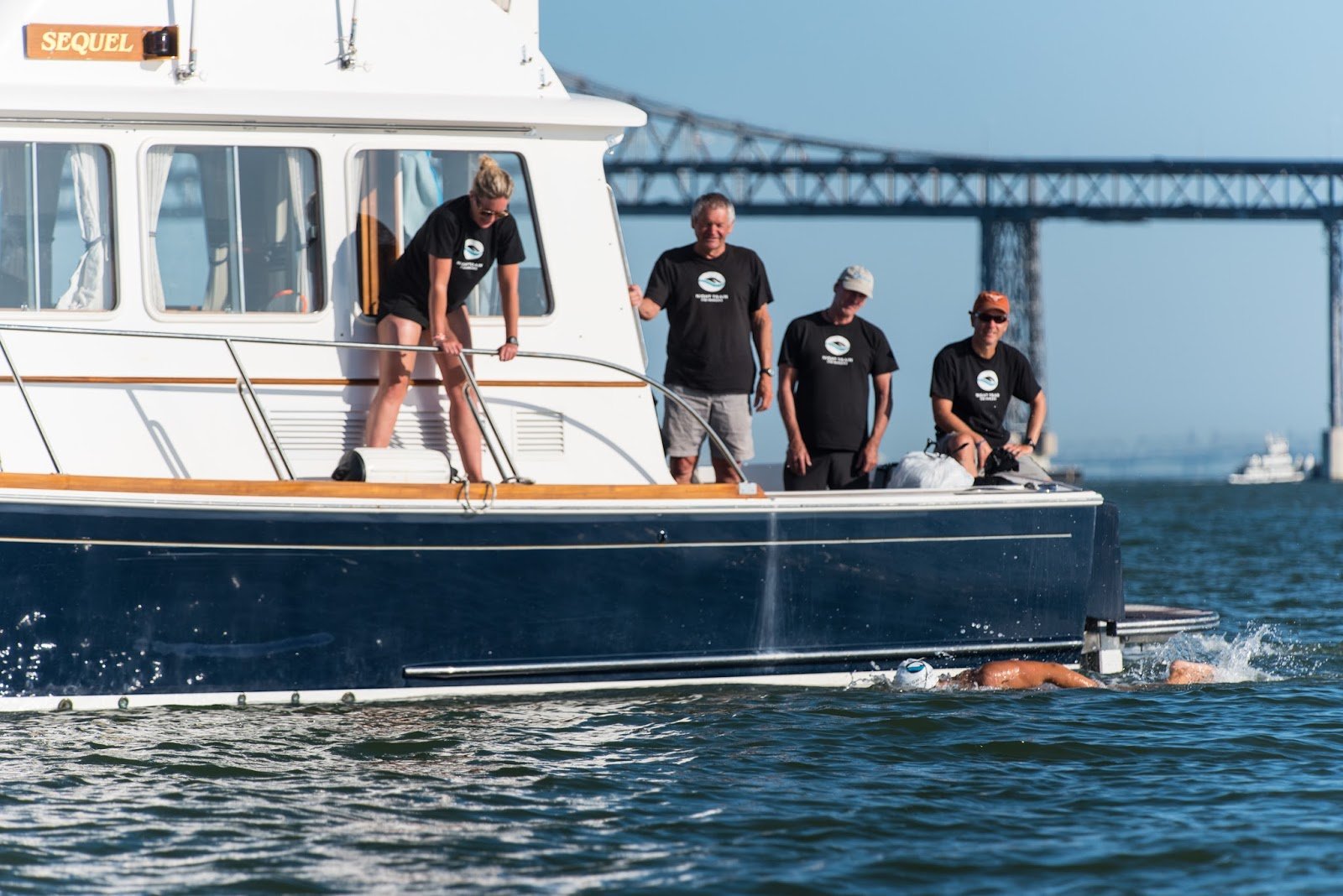 While the eyes of relay and marathon swimmers around the world are tracking the daily progress of the Night Train Swimmers on their 300-mile NT300 relay attempt in San Francisco Bay, at the end of the day, the team of six is raising money to help a young man to walk again after he was brutally gunned down and left for dead.

While the joy of participating in a record-setting relay and the challenge of seeing how far one can physically push oneself is readily acknowledged, it is also something remarkable to see a group of people take significant time out of their busy lives and put everything else aside in order to raise money and awareness for a young man who they never knew before.

A one-day channel crossing is one thing, but an entire week of preparing and swimming on behalf of another is at another level.

We think their efforts are noble based on an unselfish desire to help another person placed in an unfortunate and unexpected circumstance in life.

Mother Nature also seems to be cooperating with the NT300 team. With the water an unexpected 20°C (68°F), the team was been swimming fast despite some turbulence thrown in every now and then.

Even other obstacles have been at a minimum.

“While I was swimming, huge sturgeon jumped in the air five feet behind me, but I didn’t see it,” said Captain Vito Bialla. “Whales were reported near Oakland, but we did not see them. Another sturgeon hit Grace on the head and knocked her goggles off at night. Another time, a sturgeon hit me in my head and slid down my back. Freighters occasionally come within 200 yards of the team, but we are staying out of the shipping channels.” 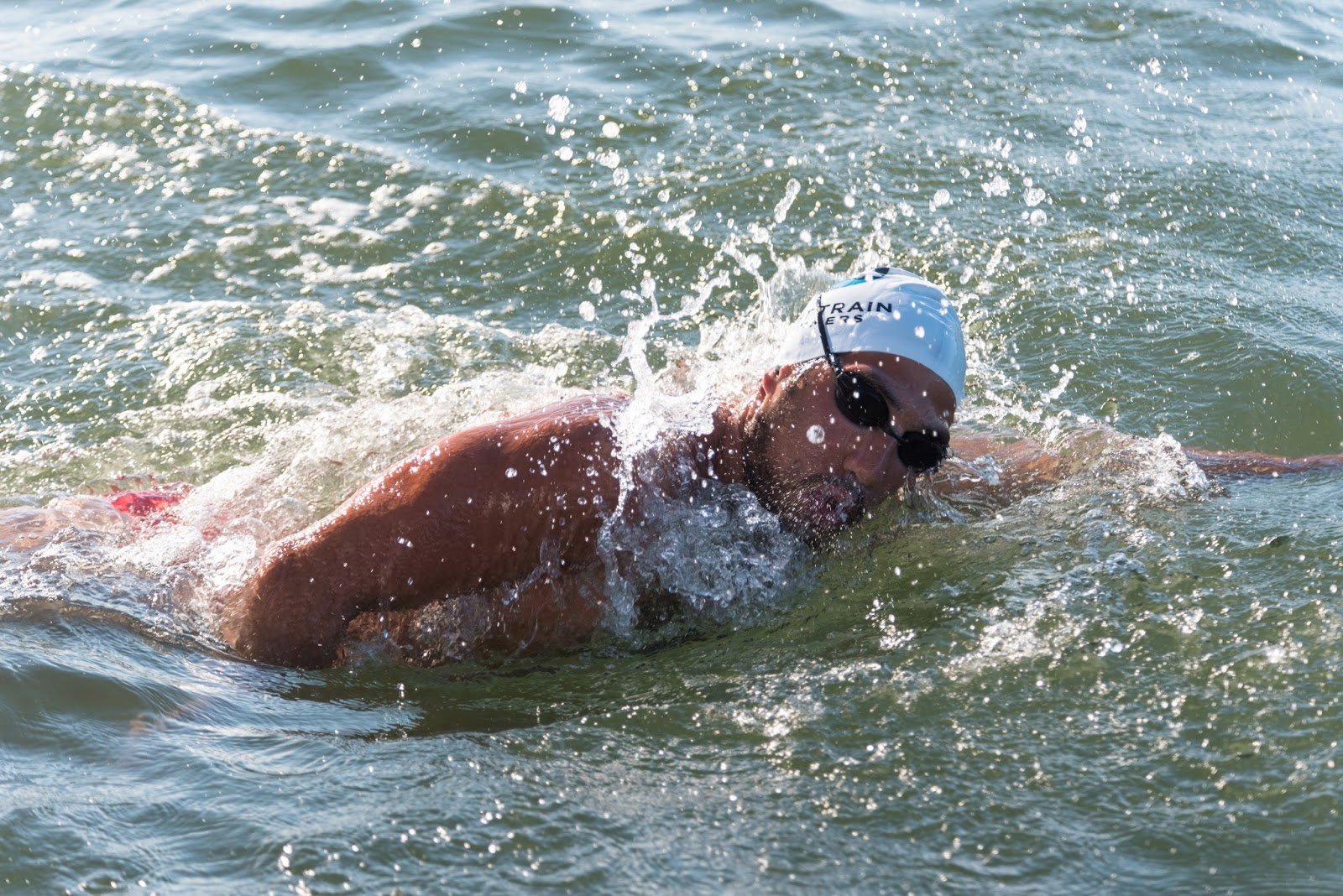 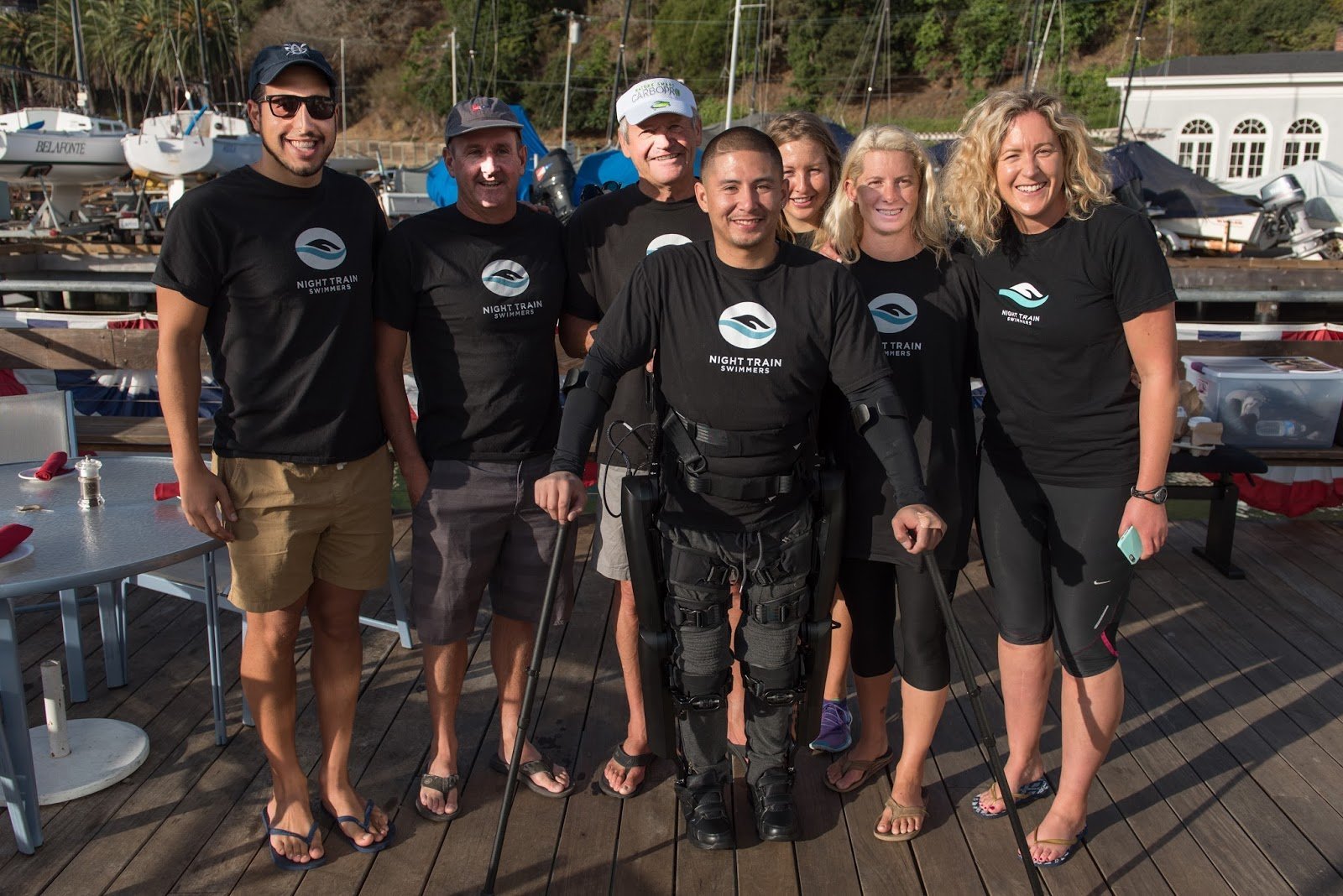