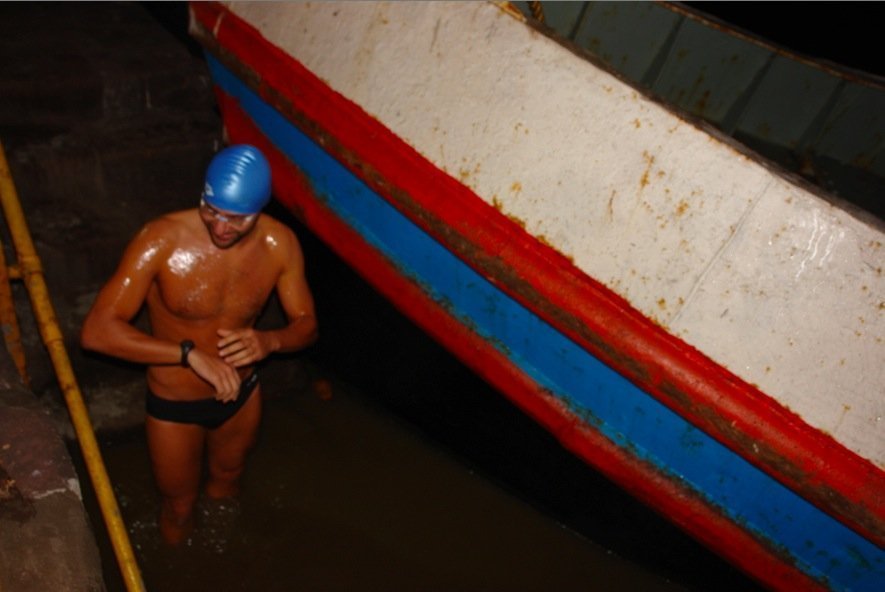 Open water swimmers and triathletes cannot take their mobile devices with them in the water, but all that information that they can access on their smart phones might be cool to have – at times – in the water.

Information such as water temperature, wind speed and direction, weather forecasts, SpotTracker information, Facebook updates from family and friends, Twitter feeds might be good to know during a training swim or marathon swim.

Sure a swimmer can get much of the same information via a whiteboard message from their crew, but swimmers often have a number of things going through their heads in a haphazard manner. Sometimes, they want the information at a glance.

If the smart watches that are now coming into the market are waterproof and Bluetooth-enabled, then the data and information can theoretically be wirelessly downloaded from a nearby iPhone or Android phone. Then the smart watch on the swimmer’s wrist could display notifications, messages, data, and updates of their choosing with a simple glance of their small LCD screen.

Now that would be convenient and handy.