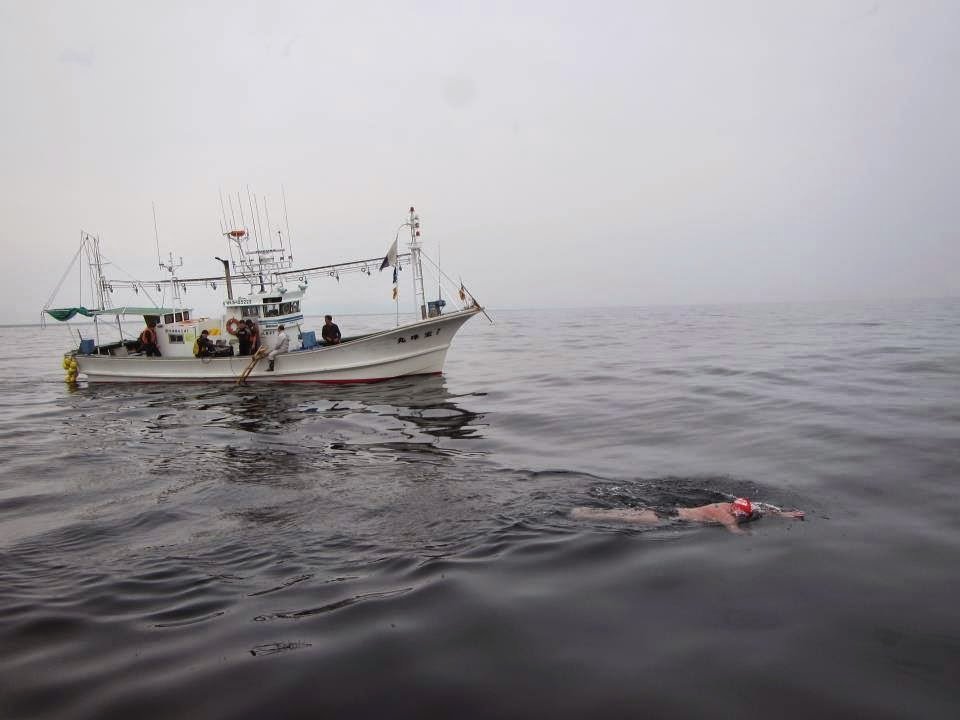 Courtesy of Rick Gaenzle in the middle of the Cook Strait, New Zealand.

The first relay to attempt the Oceans Seven completed their goal with a 13 hour 51 minute crossing of the Cook Strait.

The triple team of Rick Gaenzle, Chris Kraus and Brian Ross knocked off the Cook Strait in addition to the North Channel, Molokai Channel, Catalina Channel, English Channel, Strait of Gibraltar, and the English Channel, the first documented relay completion of the Oceans Seven.

“The North-to-South crossing was a long and difficult slog where we faced 2 to 2.5 meter swells. There was difficult chop for most of the second half, and the last one-third. We were tracking to do a 9+ hour time, but when the winds picked up and tide shifted – all in the wrong direction – the remainder of swim was against the grain.”

Kraus led off the team with Gaenzle second and Ross the anchor with Philip Rush and crew escorting with the Tangaroa.

Photo shows the trio in their Tsugaru Channel crossing.