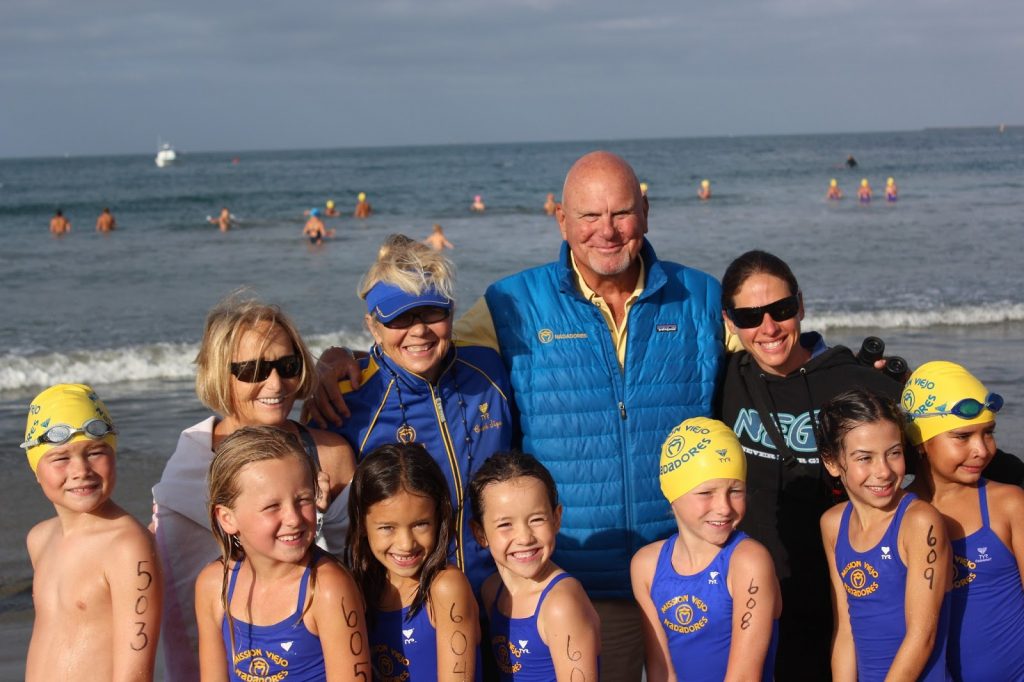 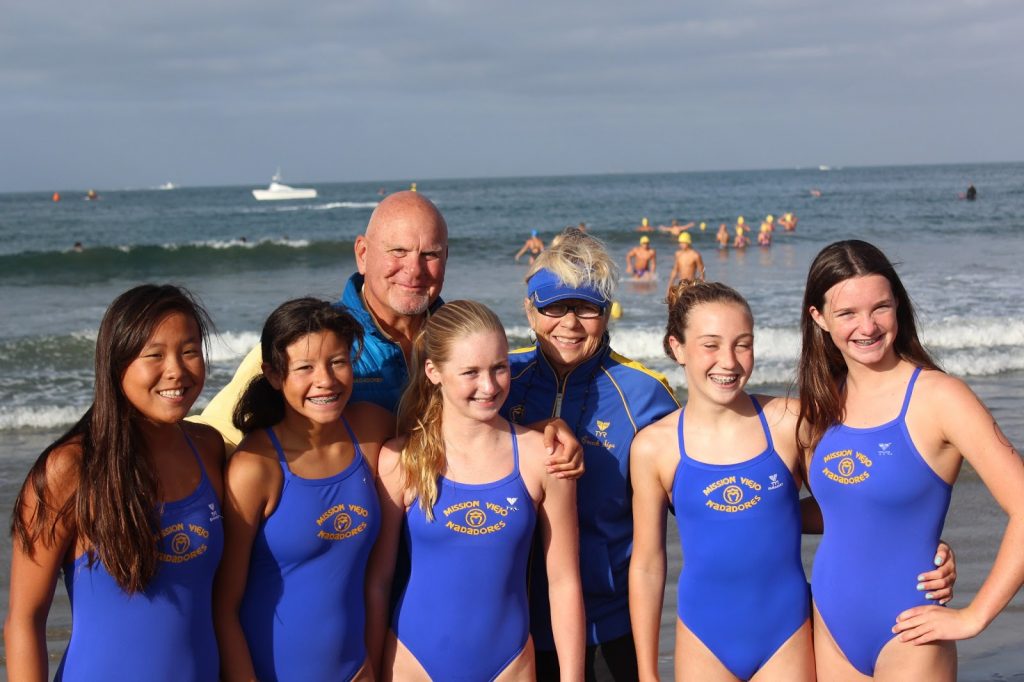 At the annual Seal Beach Rough Water Swim in Seal Beach, California, the next generation of open water swimmers emerges year after year.

For nearly five decades, the City of Seal Beach has been encouraging young children to be as comfortable in the ocean as they are in the pool.

And this year’s 44th annual event was no different. Coaches and icons from the sport gathered to encourage the new ones, from Olympic marathon swimming coach Bill Rose to famed swimming coach Siga Rose to channel swimmer Cindy Cleveland.

Besides her channel swims, Cleveland became the first swimmer to circumnavigate 50 miles around Catalina Island in 34 hours 24 minutes in 1979, a feat that went unmatched for 32 years. In 1980, Cleveland became the first – and still only – swimmer to cross Monterey Bay in northern California in 15 hours 21 minutes without protective swimwear. She was the first person to swim across the Anacapa Channel in 1978.

Photos shows the young swimmers from the Mission Viejo Nadadores with Cindy Cleveland in back row on far left.