Gentlemen And Giants Of The Channel 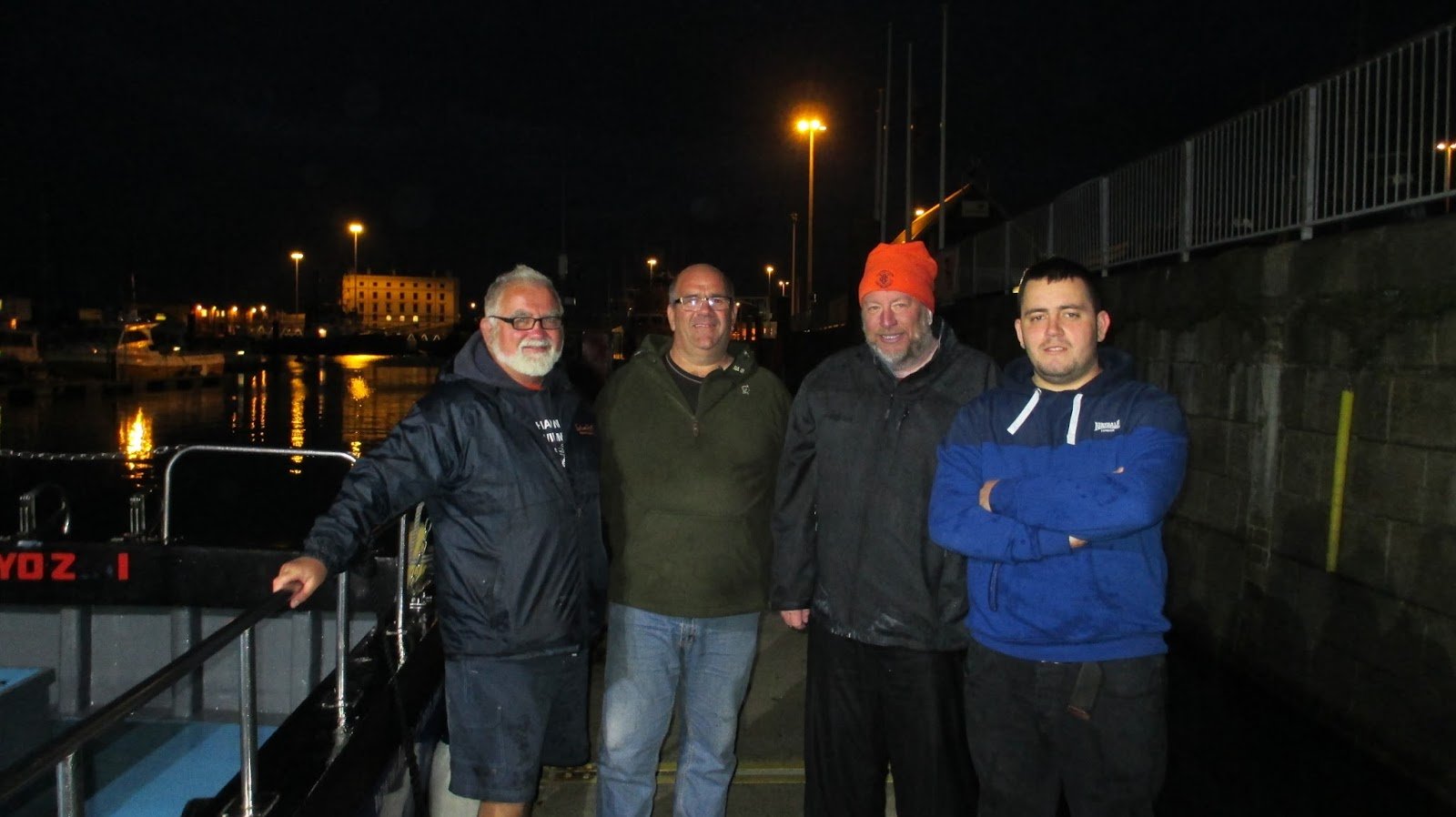 Gregg Bolsinger completed an 11 hour 22 minute crossing of the English Channel in 2014.

The 54-year-old attorney from Cincinnati, Ohio went back to the English Channel again this summer to attempt a two-way crossing. What happened was something more profoundly special. it’s another example of the open water community spirit. in my case, a csa pilot and a cs&pf secretary/swimmer, for the benefit of a rather mediocre swimmer.

“I arrived in Dover on August 8th for my tide beginning August 19th. My crew and coach Anne Cleveland arrived with my wife on the 15th. I was returning with the hopes of completing a double crossing. Unfortunately, the weather has been notorious this season and like many other swimmers, I was unable to get a window of 24-30 hours of clear weather for my swim.

As a one-slot, it never dawned on me that I wouldn’t have the opportunity to swim. I was greeted to another learning experience in Dover.

So, at the end of my tide, I was forced to make some hard decisions: Do I return in a month? Do I return next year? Do I stay over and try to get a spot on the next tide? Either way, Anne and Kindra were forced to return to the States to resume their regularly scheduled lives. After a few discussions with captain Andy King, I decided to stay over for the next tide. He’d try to find a slot for me, assuming the weather cooperated.

I am not a Facebook or forum user, so my resources for finding help were pretty slim. Fortunately, Anne explained my crew-less dilemma to Kevin Murphy who I had never met. Kevin and his wife Jane invited me to their flat for dinner a few nights later. Towards the end of the evening, Kevin mentioned he’d love to help crew for me. Knowing Kevin’s position within the Channel Swimming & Piloting Federation, I asked if he was comfortable crewing on Andy King’s boat who is affiliated with the Channel Swimming Association. Kevin said, Of course, I’ve been on swims before where it’s just me. I know how lonely you must feel.’

In retrospect, I hoped i was polite enough to thank him as I was stunned by his generosity. Kevin’s single requirement; make sure Andy is comfortable with me being on his boat. Fair enough.

The next day, I approached Andy about Kevin crewing for me. Andy didn’t hesitate. ‘We’re all professionals here, mate. If it gets you across the channel, that’s why we’re here. Kevin’s welcome on my boat any day.’ So between Andy, his son James, and now Kevin, I felt like I was bringing the [New York] Yankees [professional baseball team] to a pickup game. Clearly, the only weak link was me.

My swim is secondary to my story. I swam to France, hitting Cap Griz Nez. In doing so, I expended a ton of energy reaching the shore. The waters were like the proverbial washing machine. Andy had me sprinting to reach shore; I was fighting for every foot I gained. For the previous 95% of the swim, I’d wasted little energy, was pacing myself nicely. But now, I could feel the wheels coming off.

As i landed on the Cap, one wave took my swim cap completely off. I tried reaching for it, but was slammed against other rocks by the incoming waves. I kept being pushed back, sliding against the rocks and all the stuff that grows on rocks. I’d swim a few strokes and then be pushed back on the rocks. I’ve never been so manhandled before.

Andy had warned me to touch the rocks and immediately swim away, back to the boat. Over the waves, I could hear his horn blowing at me. But there was nothing I could do but to brace myself against the rocks and hope for a moment between waves to get out of there. I don’t know how long it took, but it left me capless and scrapes on my hands, chest and thighs. I thought I was bleeding and a quick peek confirmed it. I was spent. My pacing and energy reserves were now history.

As I turned to swim back to Dover, the 20 knot winds from the northeast were in my face as well as the 1-2 meter swells. It was hard for me to clear the water with my arms. Many times I didn’t. Breathing was hard as there was no rhythm to the waves and I took in seawater. I stopped a few times. Each stop was met with Andy and Kevin telling me to keep swimming. ‘Swim to the next feed.’ ‘Swim one more stroke.’ ‘Keep swimming Gregg.’

I had trouble swimming next to the boat due to the waves and Andy kept yelling ‘Don’t swim off, get back here.’ Time and time again. Feeds were the worst. I didn’t want to get near the boat for fear of it rolling on me. I kept my leg out so I could kick it if it got too close. All the while Kevin is calmly saying ‘Gregg, gulp it down, you need to drink more.’ An hour and a half later, I stopped. It took 4 men to help me up the ladder.

I’d always feared a non-finish and what it might do to my psyche, especially in the English Channel because it takes another year to get back. What I didn’t know is that sometimes an unfinished swim is just the sea winning on that particular day. As I sat on the deck, I was whipped. but I had no remorse, no sense of quitting, no sense of the failure I’d assumed that I’d feel. Actually I felt just fine, leaving everything I had out there in the channel was therapeutic enough. There were no regrets whatsoever.

The next day I ran into Roger Finch. He was crewing for another boat at the same time. He said he told a friend ‘There’s no way Gregg can do a double today. No one can last 10 minutes in this.’ That was the nicest thing I’d heard. I hadn’t wanted to disappoint Andy and how do you quit in front of Kevin? Roger erased any nagging doubts for me. He’ll never know what that 5-minute conversation meant to me.

As we reached the harbor, I asked for pictures as mementos. We took several as we had to share camera duties, but the best ones were the ones with Andy and Kevin together, representing two different federations: one a captain, one a swimmer, both helping a swimmer in dire straits. I’m not the calibre of swimmer they are captain or swimmer. I was certainly the weak link that day, but I’m confident more than ever, that the seas bring together some incredibly generous, kind-hearted souls who don’t mind looking beyond themselves to help others. They are both gentlemen and giants in my eyes.

I exchanged a few emails with Anne after getting back to the hotel that evening. She had been tracking the swim and was aware of the conditions. Her parting comments were spot on. ‘Sometimes the channel wins and there is nothing we can do about it. Sometimes ‘success’ looks different than we thought it would.” i’d just lived those two sentiments. I’d given everything I had and two relative strangers had gone out of their way for me. Anne was right, it was a resounding success due to Andy and Kevin and not one defined by a shoreline