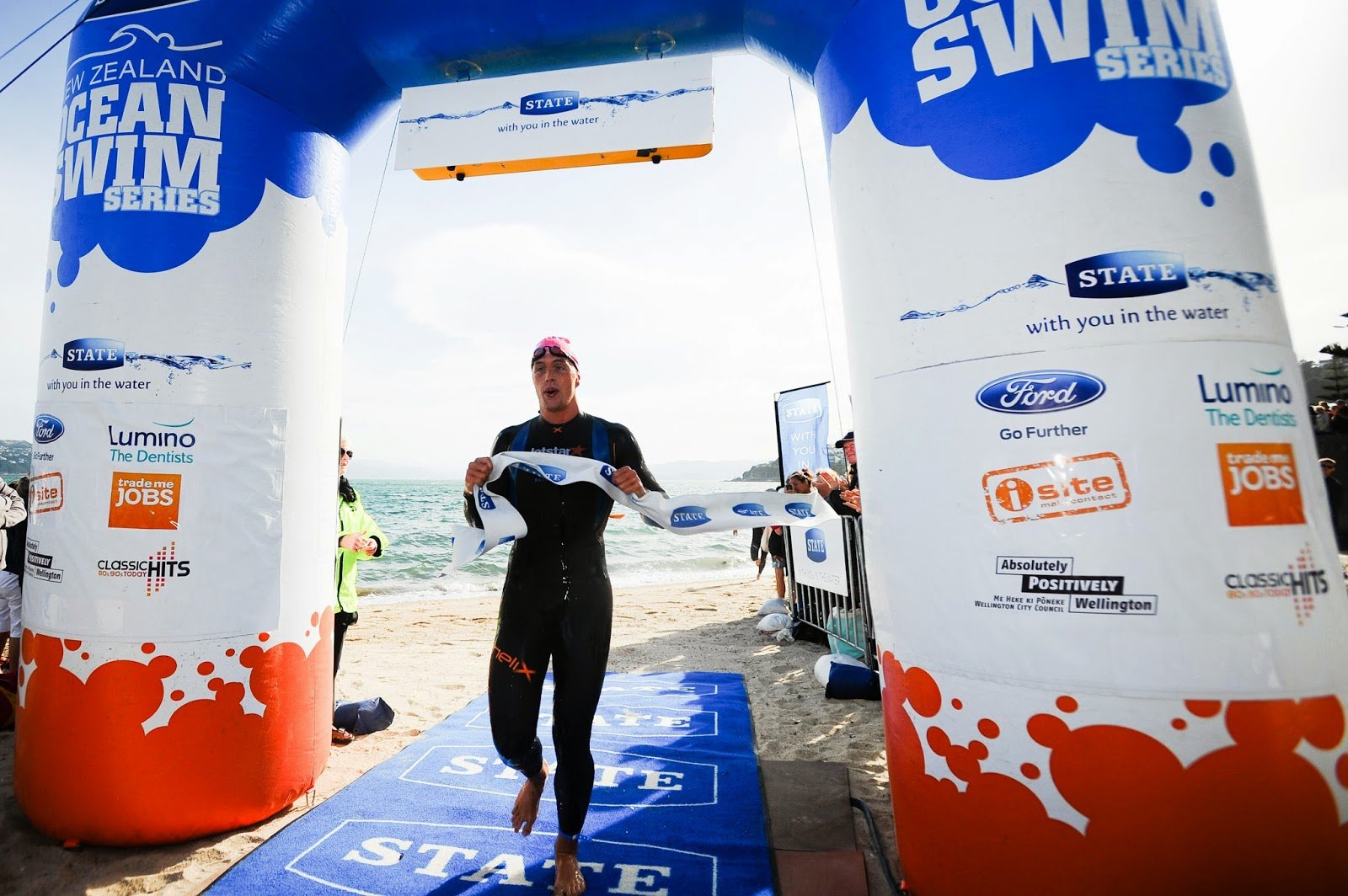 Australian George O’Brien took a flight to New Zealand and it was all worth the effort and expense. With his victory in the State Capital Classic yesterday, O’Brien burst into contention in the State New Zealand Ocean Swim Series.

The 22-year-old swam to an impressive victory in round three in Wellington by fighting off strong challenges from New Zealand’s Nathan Capp and 2012 London Olympian Dylan Dunlop-Barrett in a race that was shortened from 3.3 km to 2 km because of strong winds and choppy conditions.

After a strong start from O’Brien, the trio battled together from the 500m mark before O’Brien shot out near the end, sprinting up the beach at Oriental Bay to claim the victory. “That wasn’t an easy race,” he said. “That wind and chop made it was really difficult to find a rhythm, but every point counts in this series, so I’m really happy to come away with the win.”

Pushing O’Brien all the way was Tauranga swimmer Capp who last month broke Kane Radford’s New Zealand 1500m freestyle record by more than five seconds. “I’m always disappointed when I don’t win,” Capp said. “But I can’t be unhappy finishing second to someone like George, who just put in that attack at the end. I couldn’t stay with him.”

It was the second time O’Brien has won this race. He was victorious in 2012, before missing last year after having shoulder surgery. He joins Kane Radford and another Australian, Jarrod Poort, as race winners in the series so far. Each swimmer’s leading three efforts count towards the series, with double points on offer at the final race in April, the State King of the Bays. Both Radford and Poort decided not to swim this round.