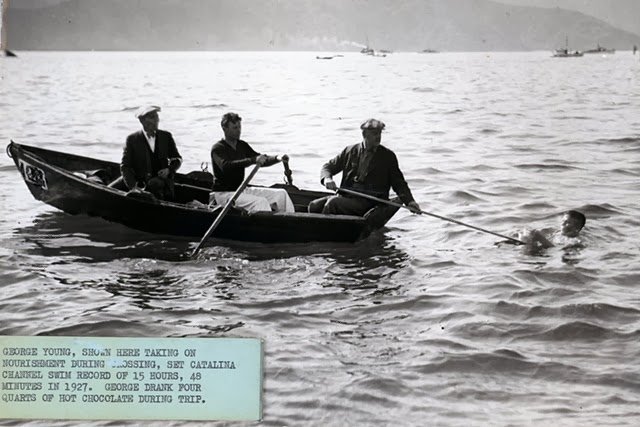 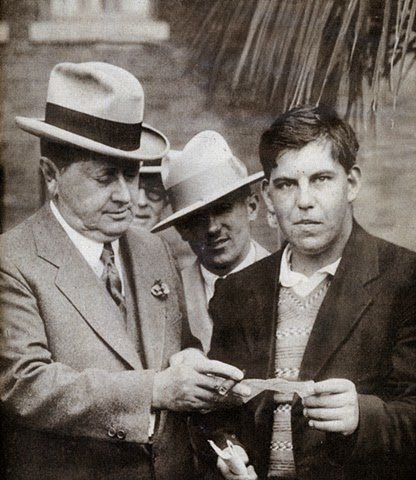 The Toronto teenager was the lone finisher out of 102 swimmers in the 1927 Wrigley Ocean Marathon Swim, a 20.2-mile traverse across the Catalina Channel in 15 hours 44 minutes.

“We put a covering of graphite over the grease before I put on my bathing suit to help keep out the cold…I had taken off my bathing suit when I was two and one half miles from Catalina, and I forgot that grease and graphite were my only covering as I rose out of the water.”

Wrigley (shown with Young on left) gave prize money to Margaret Hauser of Long Beach, California and Martha Stager of Portland, Oregon, despite not completing the race.

Only a mile from the finish line, Hauser was pulled from the water by her husband after 19 hours 26 minutes, making her the contestant who lasted the longest. They both received US$2,500 for their efforts. The authoritative history of Catalina Channel swimming was published by Penny Dean (see here).