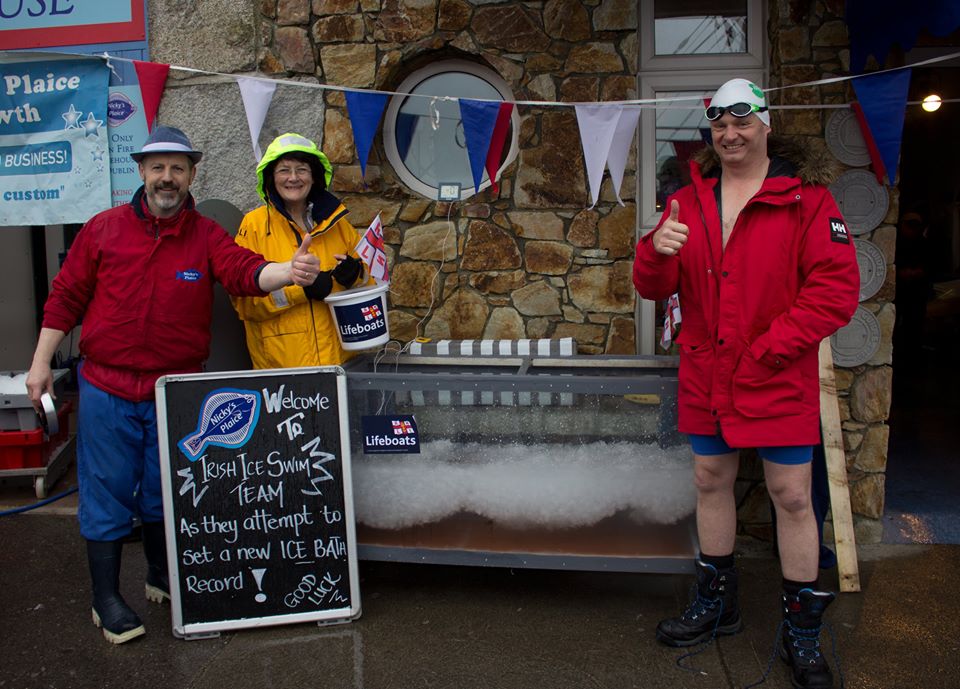 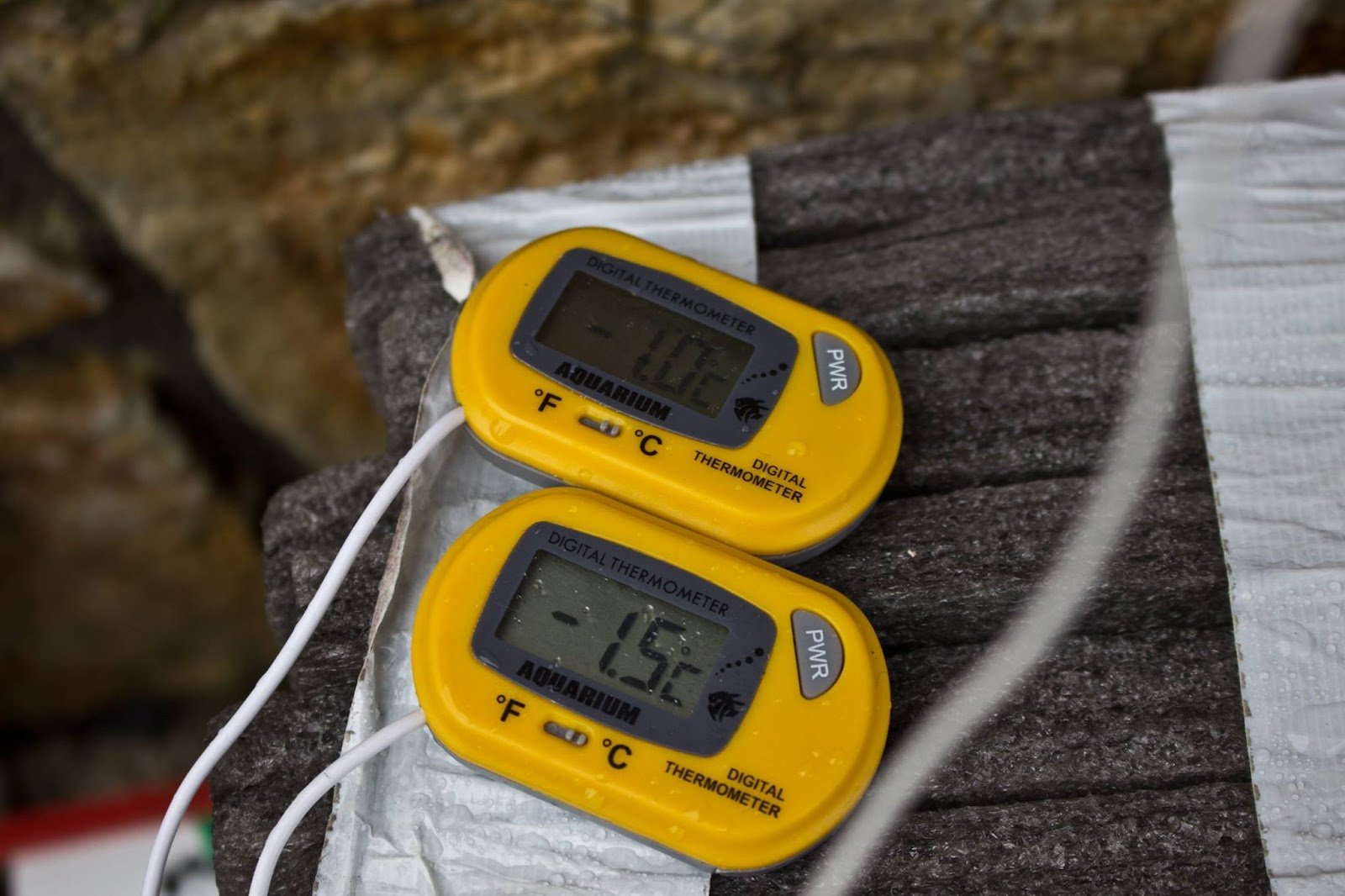 In preparation for his 52m Under Ice Swimming challenge in Yakutsk, Russia, Irish ice swimmer Ger Kennedy had to stress his body and mind in ways in which he had never experienced before.

Despite having completed an ice mile, ice kilometer, and other winter swimming endeavors on the surface of the water, Kennedy was looking to push his body and mind even further.

So he decided to take an hour ice bath in order to prepare to swim under a sheet of ice in -1ºC (30.2ºF) water in the Lena River. 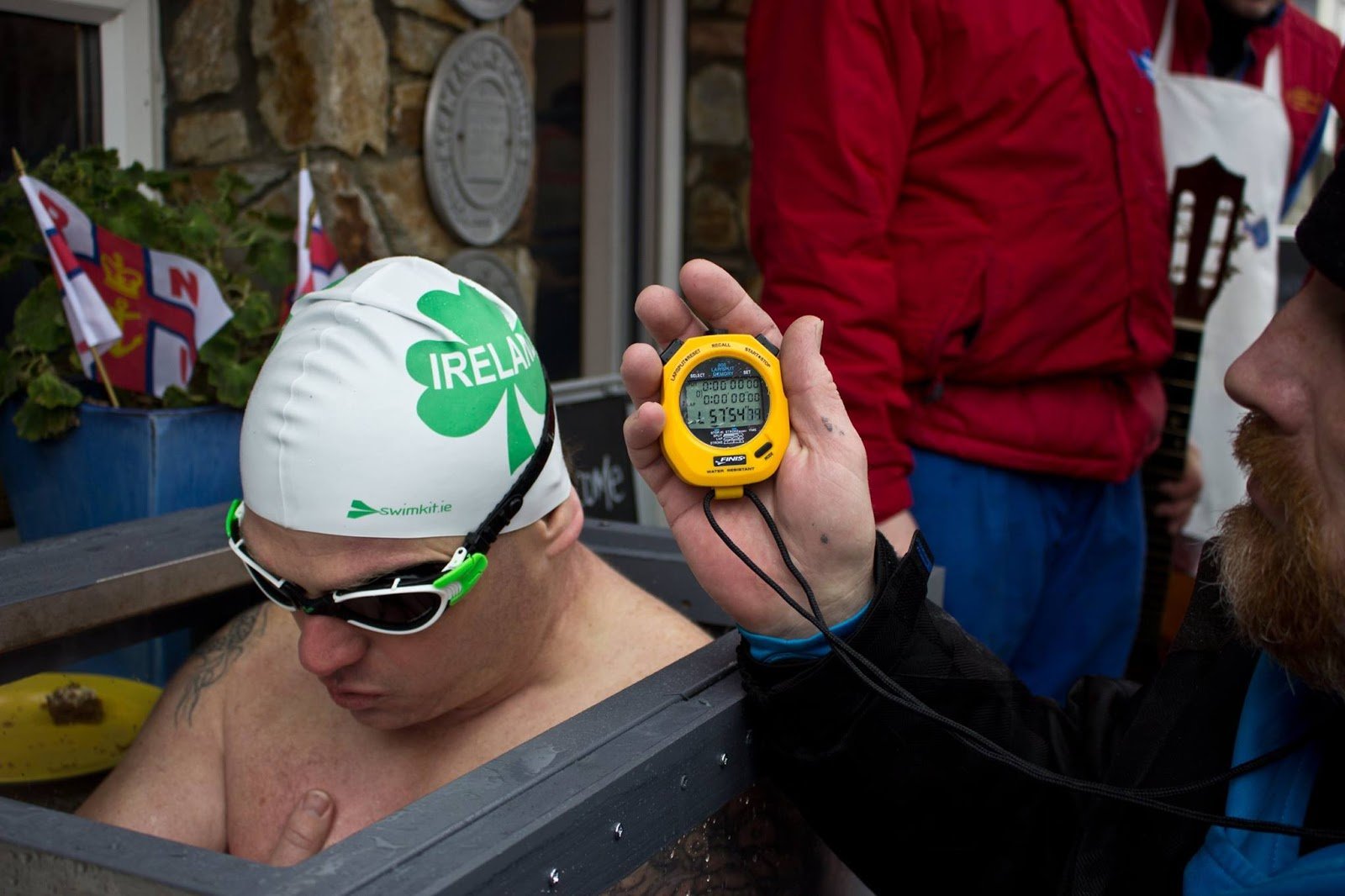 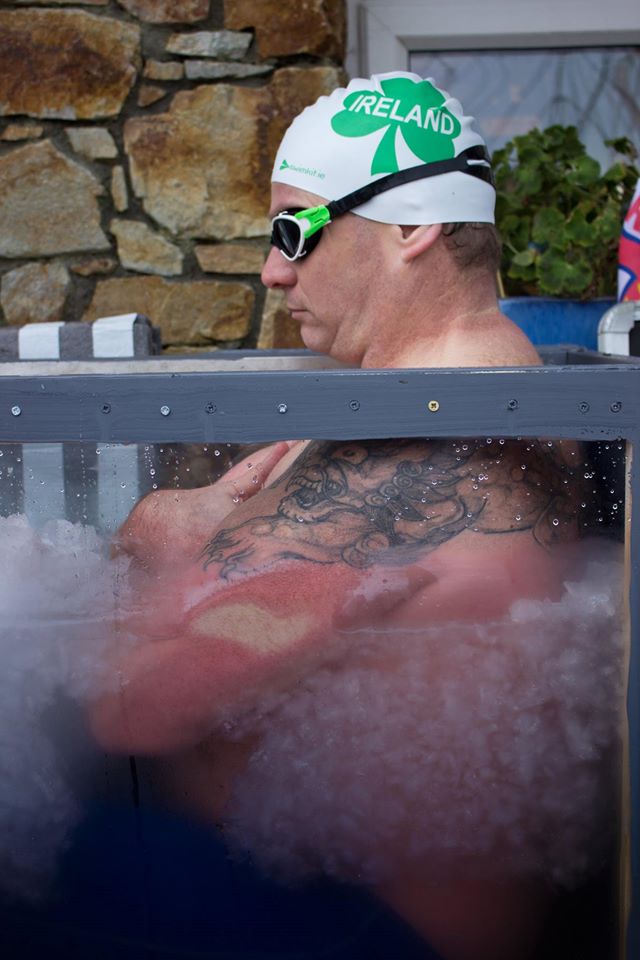 Kennedy explained his experience in the Ice Bath Challenge held at Nicky’s Plaice, West Pier, Howth in Dublin, Ireland. “60 minutes was the goal in -1ºC (30.2ºF) water. I [now] understand how hard on the body this was. Sitting static in a tank of ice and water is very serious business.

30 minutes in, ‘My blood oxygen levels fell so low [that] the lads were going to take me out.’

35 minutes in, ‘My blood oxygen levels and vitals returned to normal.’

50 minutes in, ‘I was singing along to Martin playing his guitar.’

The recovery was coordinated by very skilled people and worked great with blankets and hot water bottles (old school), but the after effects were felt during the [following] week. It was very sore to touch the abdomen area and both inner legs were very sore to the touch. My fingers were swollen, but that’s kind of normal during ice swimming season. I was exhausted during work and evenings and in my pool sessions. 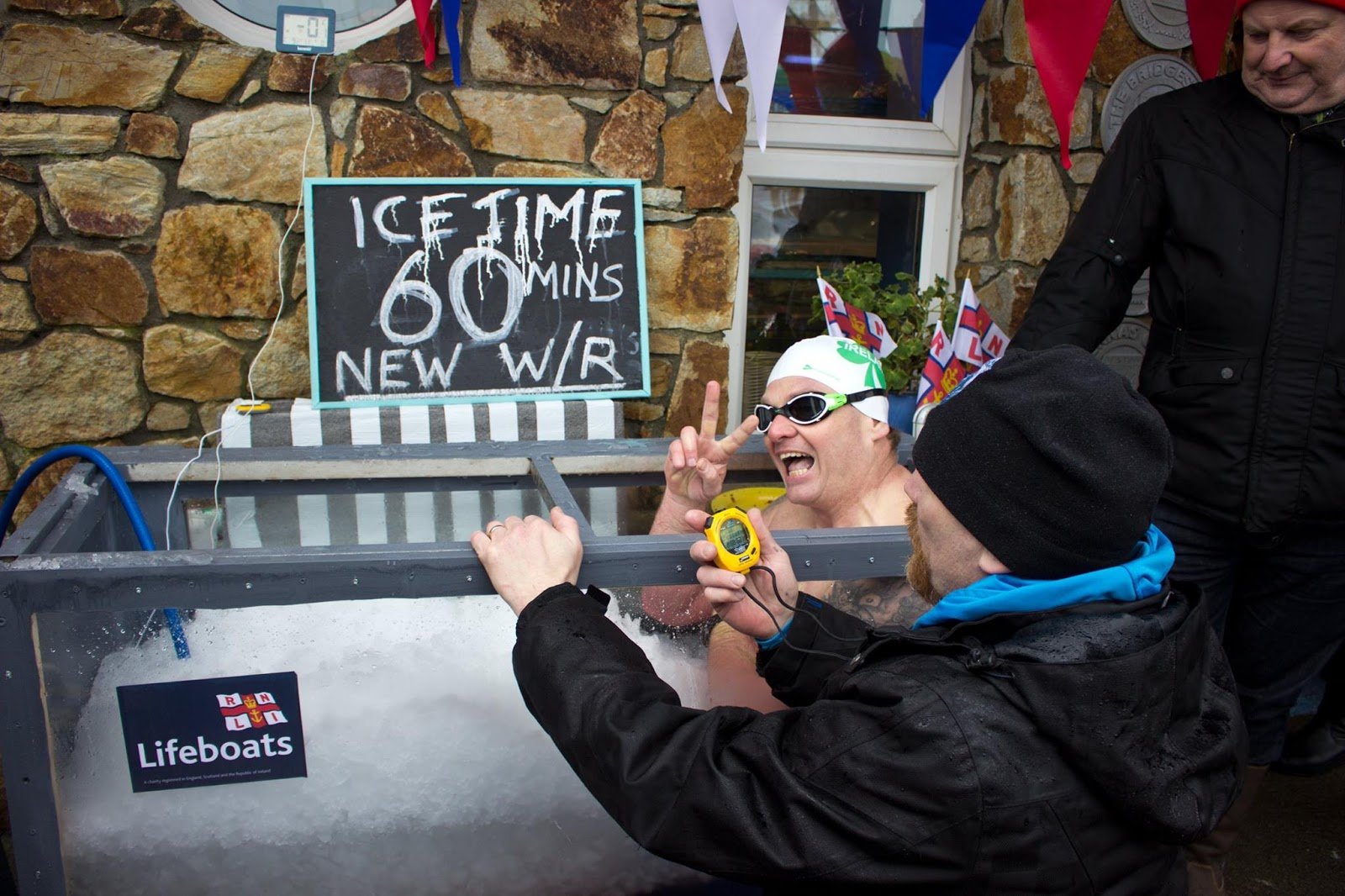