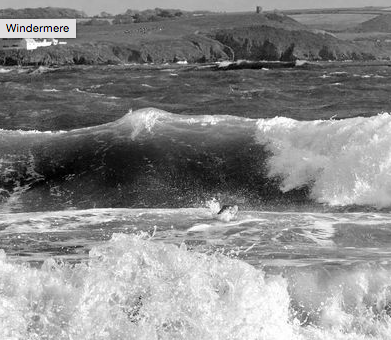 UN Environment Patron of the Oceans Lewis Pugh is raising awareness about the need to protect Antarctica‘s seas through a series of swims under extreme conditions.

He wishes to add three marine protected areas to Antarctica by 2020 in the #Antarctica2020 campaign.

Ger Kennedy is also joining in this call with his own environmental swims. The Irish adventurer and ice swimmer wants to help create two marine protected areas in both the Bellingshausen Sea and the Weddell Sea.

“The first swim will be held inside the Antarctic Circle (66°33′46.5″ south),” explains Kennedy. “In this expedition, I would like to replicate and celebrate Lynne Cox‘s pioneering Antarctica 1.22 nautical mile (2.25 km) in 0°C water in Neko Bay in 2002 and to celebrate the 200-year anniversary of the discovery of Antarctica by Russian explorer Fabian Gottlieb Thaddeus von Bellingshausen.”

The official launch is this Friday by the 347th Lord Mayor of Dublin in the Mansion House. The presentation will also recognize Conor Turner for his recent achievements at the Ice Swimming Aqua Sphere World Championships in Burghausen, Germany.

Kennedy explains the travel plans, “We will assemble a group of international winter and ice swimmers and then will depart for Ushuaia, a resort town in Argentina located on the Tierra del Fuego archipelago, the southernmost tip of South America and nicknamed the End of the World. Then we will sail to inside the Antarctica Circle to swim and visit various locations in the Bellingshausen Sea along peninsula for additional swims. Then we will sail to the Weddell Sea, swim, and return to Ushuaia.”