Getting Closer And Closer To The Oceans Seven

Steven Munatones 08/27/2011 Open Water Swimming No Comment
As swimmers around the world are getting closer and closer to achieving the Oceans Seven (see below), the interest in following each of the leading competitors is building.

Later this summer, Australian adventurer Penny Palfrey will attempt her sixth swim (Tsugaru Channel) of the seven Oceans Seven channels. With one more channel to go (North Channel between Ireland and Scotland) and a proven ability to swim in waters below 13°F (55°F), Penny is leading the pack.

Report on the Oceans Seven and Anne Cleveland was produced by Suzanne Sataline for the Wall Street Journal. 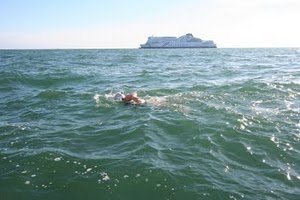 But whether the swimmers are blazing fast like Penny or swimmers who are swimming for their own personal goals or for selected charities, marathon swimmers are achieving goals the world over.

Ranie Pearce is one of those late-bloomers who is making up for lost time…fast. After swimming on a Maui Channel Swim relay in Hawaii, she soon stepped it up from her base in San Francisco Bay and completed the English Channel (18:40) and the Strait of Gibraltar. Who knows where it will end for swimmers like Ranie?

Our guess is that her curiosity in exploring her own open water swimming potential will lead her along the Oceans Seven.