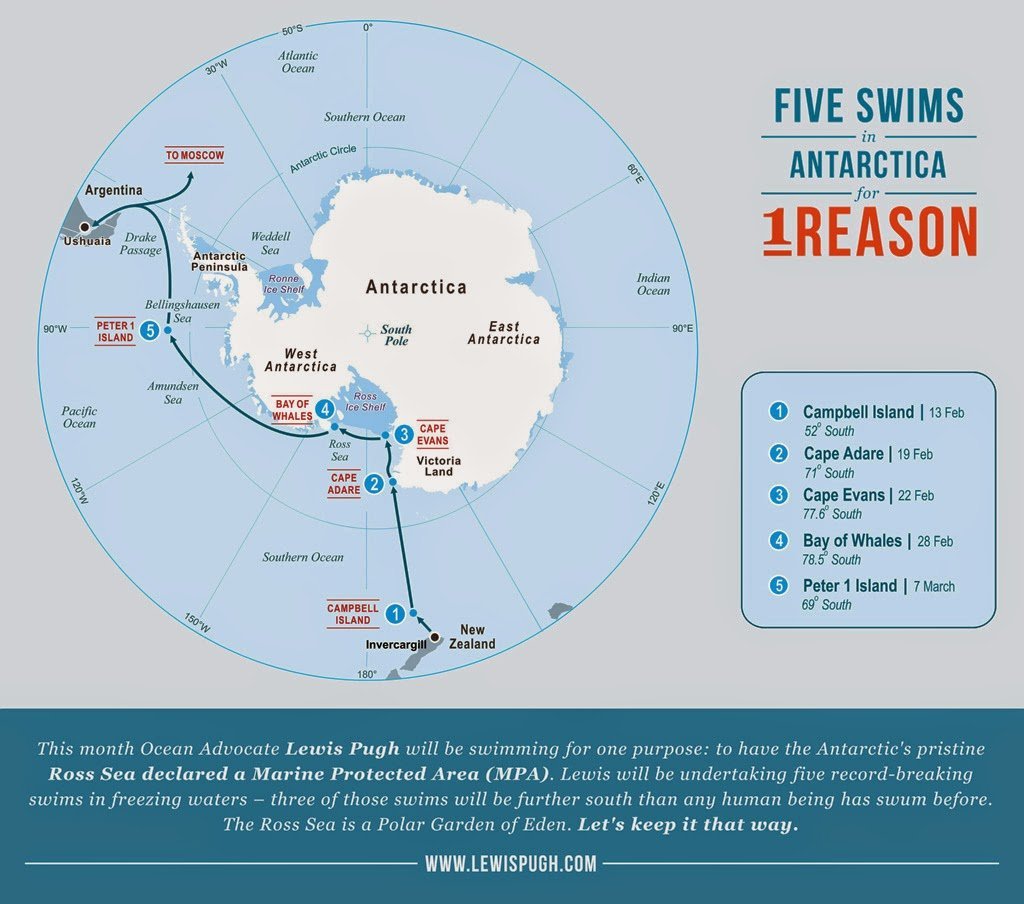 As a follow-up to his successful Seven Swims In The Seven Seas For 1 Reason, a summer time series of marathon swims in the warm waters of the Seven Seas (Mediterranean Sea + Adriatic Sea + Aegean Sea + Black Sea + Red Sea + Arabian Sea + North Sea), he is heading to the bottom of Planet Earth to do another series of unprecedented swims in order to put Marine Protected Areas on the global agenda.

The purpose of The Five Swims in Antarctica for 1 Reason is to have Antarctica’s Ross Sea declared a Marine Protected Area (MPA). The Ross Sea is referred to as a Polar Garden of Eden.

To recover quickly from these five 1 km extremely cold water swims within 22 days will be an extraordinarily difficult feat. The logistics are also significant impediments to success, especially given all the movement and media interviews Pugh will give between the swims. But Pugh has always surrounded himself with a rare operational team that handles the details and contingency plans extremely well, led by Major-General Timothy Patrick Toyne Sewell. Yet the inherent risk of swimming in water below 0ºC is significant. “A little fear is necessary,” writes Pugh. “It forces me to prepare throughly. And generates heat in my body.”