Gilles Rondy Makes It In Martinique 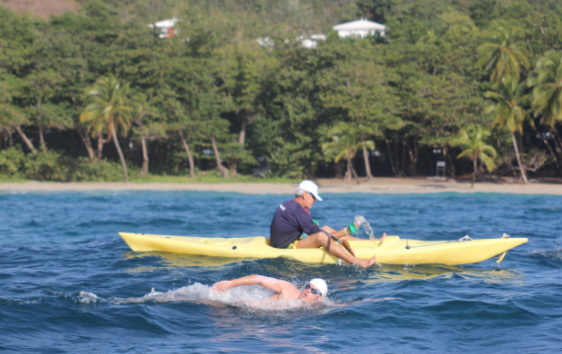 Gilles Rondy has enjoyed quite a career in the open water.

In 2004, he crossed the English Channel in a quick 7 hour 54 minutes. He later won the 2006 European Championships in Budapest in the 25 km marathon and then qualified in the Olympic 10K Marathon Swim at the 2008 Beijing Olympic Games and finished 15th.

This last Sunday on January 30th, Rondy continued his open water journey around the world. This time, he swam 25 km in Martinique in the eastern Caribbean Sea between Anses d’Arlet to Sainte-Anne.

Starting at 6:30 am on Anse D’Arlet, Gilles explained his 8-hour crossing, “The coral reefs with the turtles swimming around you, these landscapes, all these elements give a sensation of freedom.”