Girls Checking Out The Boys In The Open Water 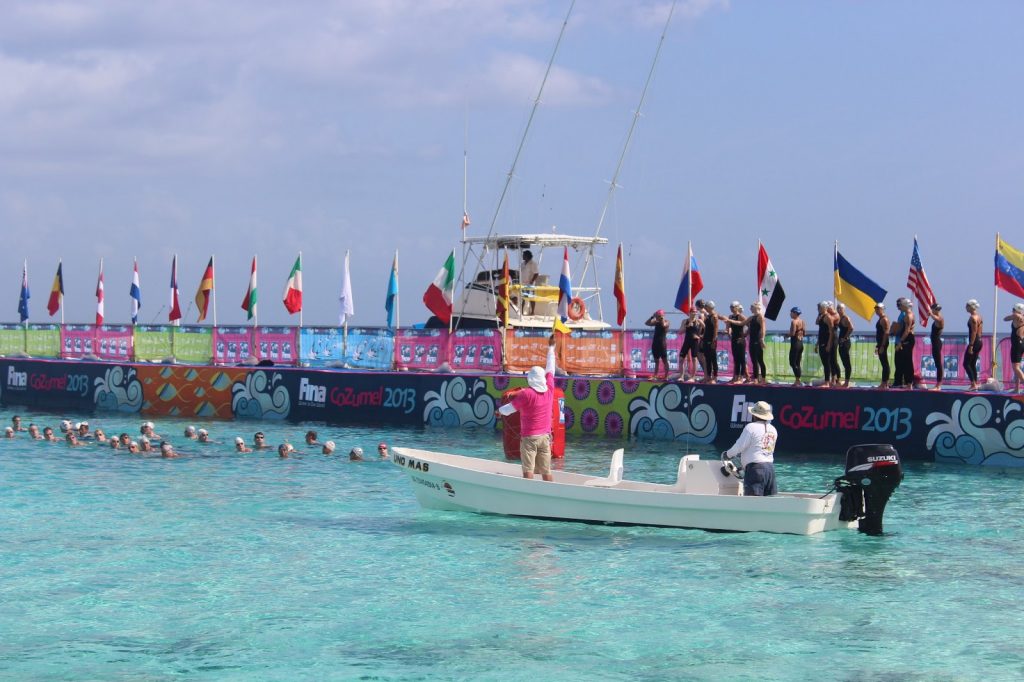 The women competing in the 15 km FINA Open Water Swimming Grand Prix race on the Isla Cozumel are seen watching the men on the dock and feeding station as their male counterparts line up in the water for the start of the race.

It was helpful for the women to see where the men headed out 5 minutes before them as everyone had to face strong oncoming currents that made the Cozumel race very interesting for spectator and very strategic for the swimmers.

Angela Maurer, the most senior veteran on the FINA Grand Prix circuit, found the race to be most challenging. “The race required you to constantly think throughout the entire race.”

With currents, both lateral and oncoming, playing havoc with the swimmers’ best well-laid plans, it was a challenge like no other on the Grand Prix professional marathon swimming circuit and recalled the days of old when the old Atlantic City pro marathon race required swimmers to fight a strong tidal flow in and out of the back bay.