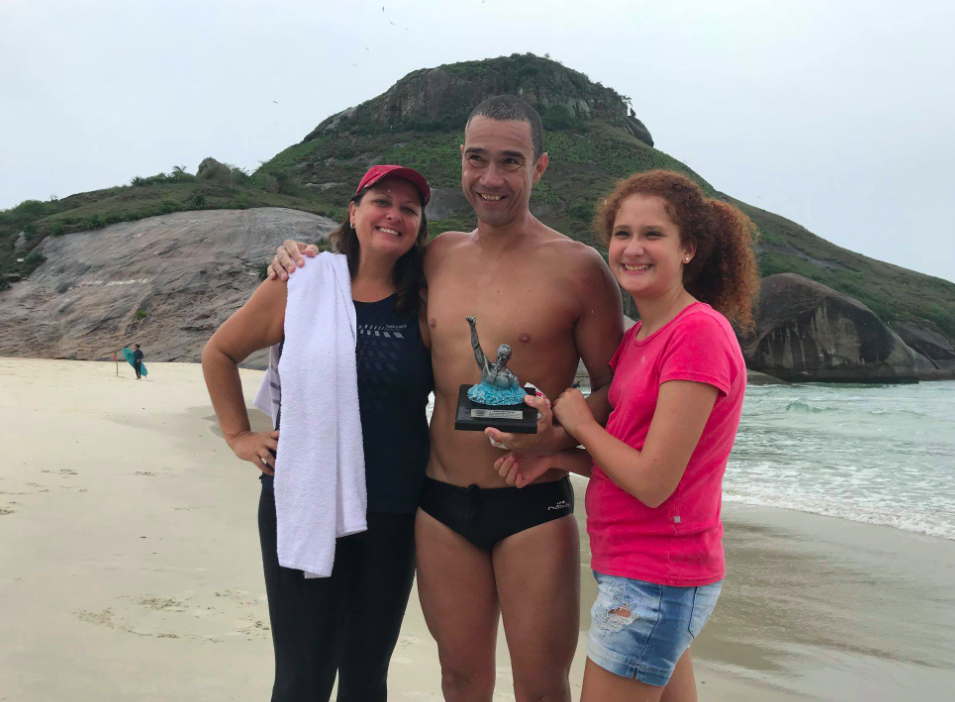 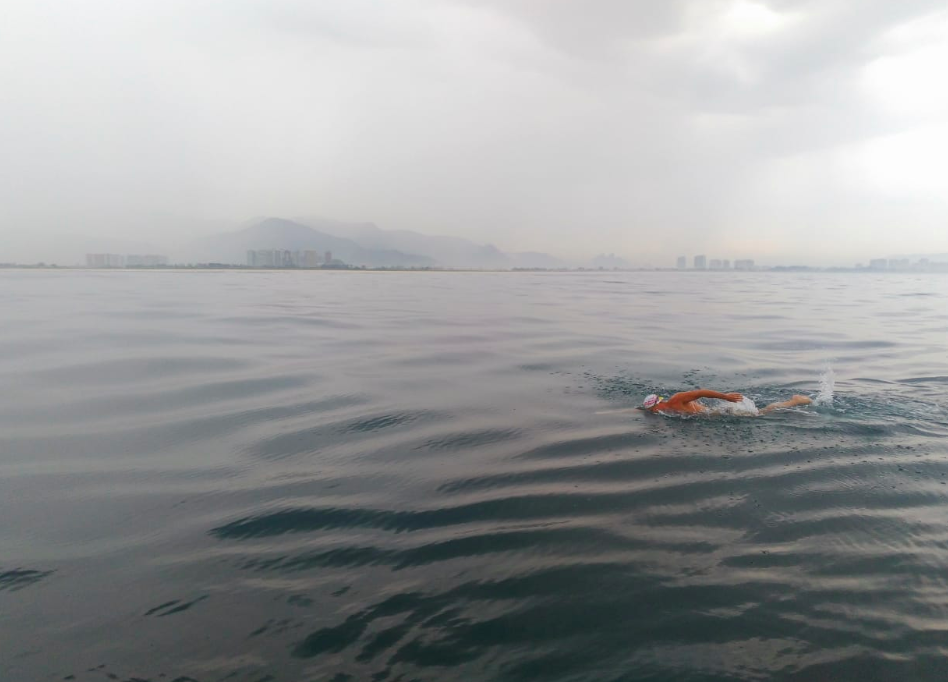 Brazilian swimmer Rangel from the city of Brotas finally realized his dream of completing the Travessia do Leme ao Pontal due to the financial assistance of friends and swimmers who paid his expenses and fees to visit Rio de Janeiro and attempt the swim.

He set a record with a time of 7 hours 13 minutes despite facing Atlantic Ocean turbulence, enduring jellyfish stings, and swimming through an increasingly intense rain, proving to be a wise investment as he became the 18th solo swimmer to complete the crossing. Rangel said later, “I made a mistake in eating – I chose to eat noodles at midnight [before the swim start] that affected my performance. But the Travessia do Leme ao Pontal is a wonderful challenge and it was wonderful to swim at night.”

His wife Jaqueline, his daughter Gabriele and several friends waited for him upon his arrival at Pontal Beach.