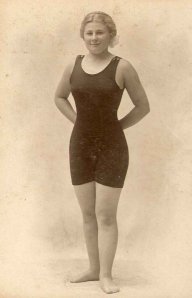 From Florida to California, from the United Nations to the Queen Mary, the International Marathon Swimming Hall of Fame and World Open Water Swimming Association has held joint ceremonies from the West Coast to the East Coast in the US.

The International Marathon Swimming Hall of Fame honourees include swimmers, pilots, administrators, inventors, writers and organizations. They all possess the common threads of a deep passion for and sustained excellence in the open water. These humble ambassadors of the sport will be celebrated in Cork, Ireland. This year, we look forward to expanding the Hall of Fame’s global footprint with the leadership of Oswald Schmidt and Paschal Horgan of the Cork Lions Club. With so much positivity and passion on the open water swimming front emerging in Ireland, from ice swimming to channel crossings, it makes total sense to have Cork as the center of the open water swimming world in October
.”

This year on October 11th-13th, the Board of Directors and the membership of the International Marathon Swimming Hall of Fame and the World Open Water Swimming Association look forward to honoring the following individuals in the open water swimming hotbed of Cork:

In collaboration with the International Marathon Swimming Hall of Fame induction ceremonies, the following World Open Water Swimming Association will recognize the recipients of its 2012 WOWSA Awards:

“We look forward to celebrating these luminaries of the sport in Cork and bringing together passionate open water swimmers from around the world to Ireland,” said Schimdt. “We are also going a number of exciting experts in a variety of fields speaking including Professor Tom Doyle of University College Cork who is an expert on jellyfish.”

The programme for the fourth annual Global Open Water Swimming Conference is as follows: