All Clear. Go Ahead And Jump 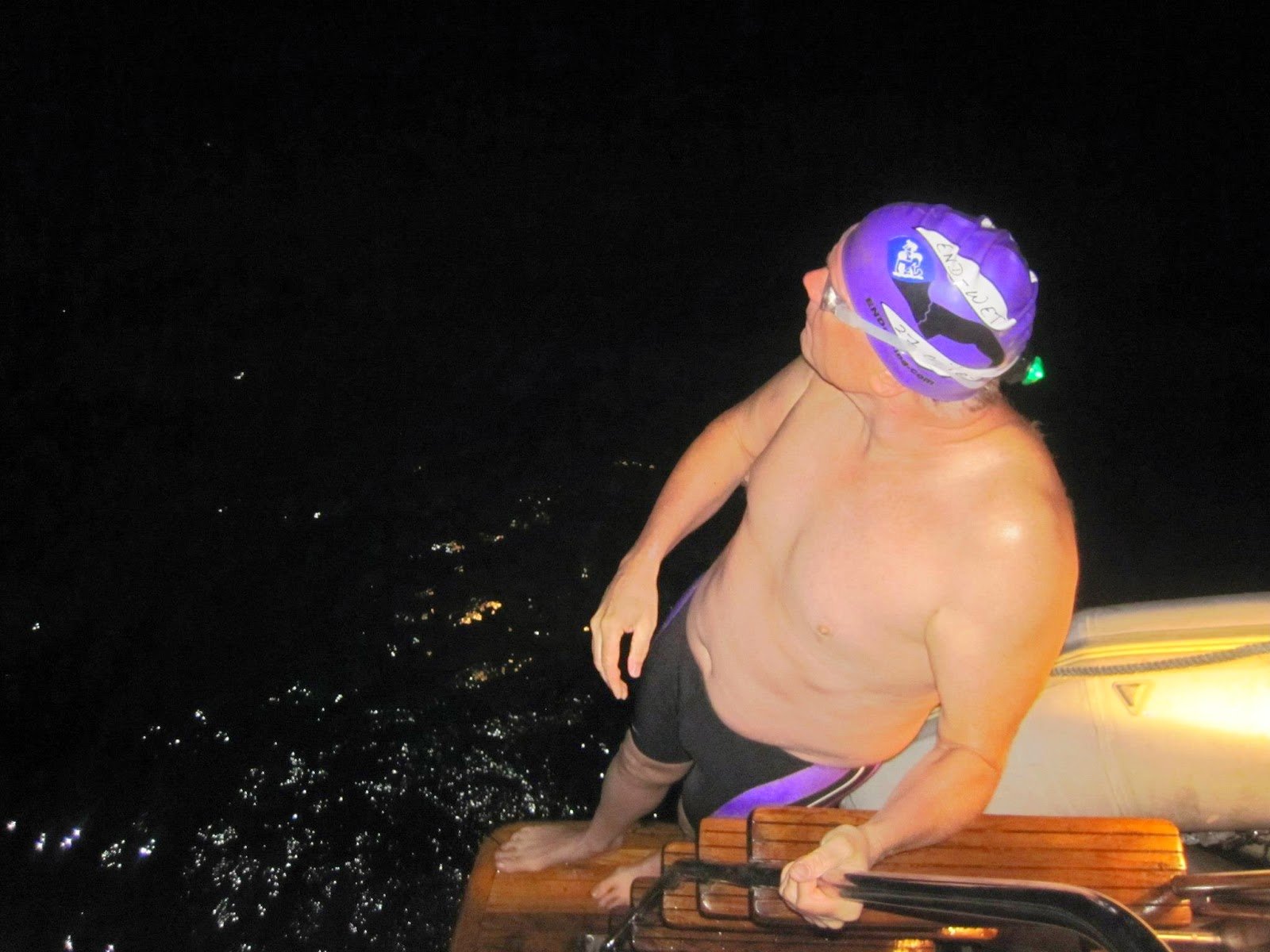 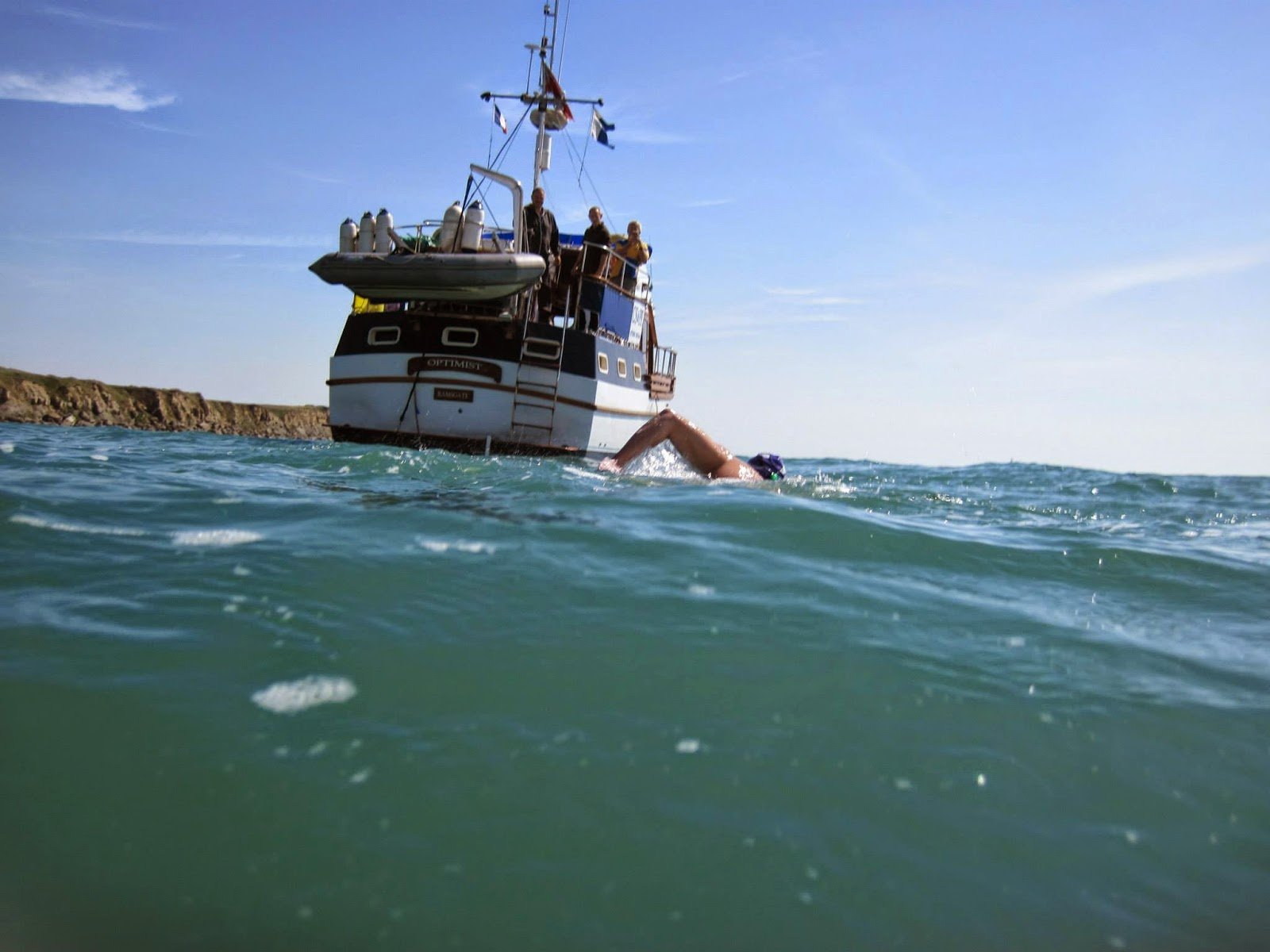 “Go ahead and jump.”

Those are often the last words channel swimmers hear when they are getting ready to dive off their escort boat to swim to shore.

Professor Michael Johmann of the University of Louisville was like thousands of swimmers before him. But he was unusual in that he became of member of the Half Century Club when he touched the other shore in the English Channel.

Professor Johmann, at the age of 52 years 6 months, completed his English Channel crossing in 13 hours 50 minutes under the escort of pilot Paul Foreman and help of crew chief Jim Boucher. “I jumped at 2 am just off the English coast.”

The second photo was taken off the coast of France as Johmann was swimming back to the boat after landing at Cap Gris Nez.