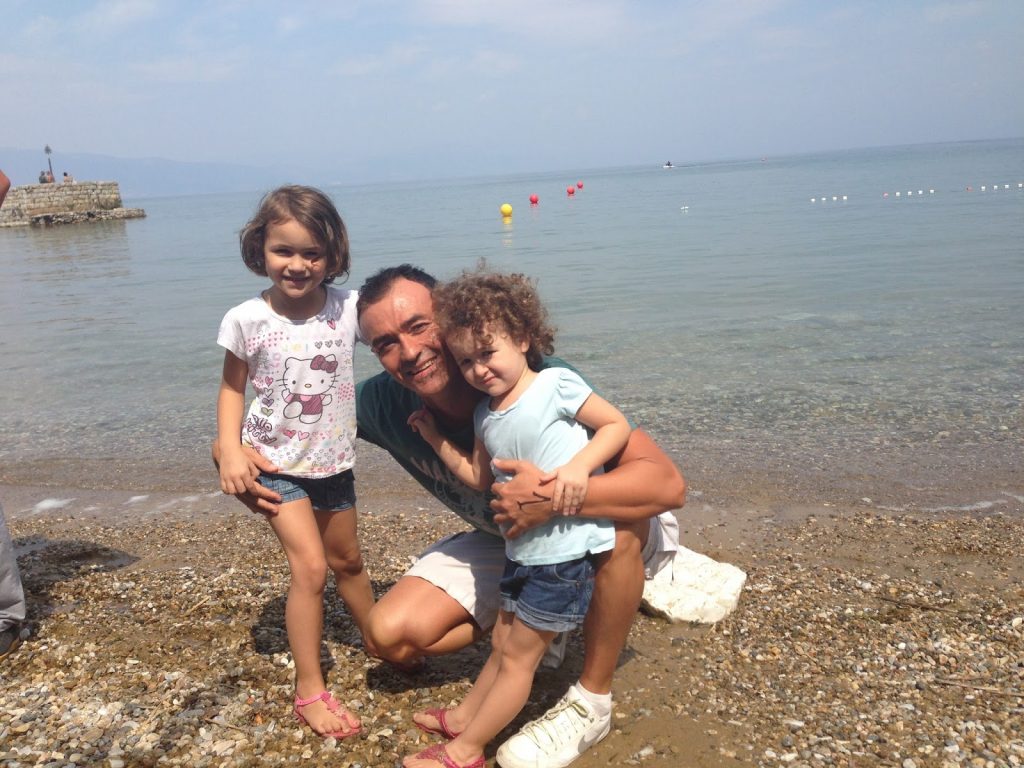 As the senior statesman of the professional circuit, he finally won his first major race at the age of 42: the Traversée internationale du lac St-Jean. The former water polo player competed in his first FINA Open Water Swimming Grand Prix race in 1997. After an English Channel crossing, dozens of pro swims, 6 shoulder surgeries, and the birth of his two daughters, he is swimming as well as ever.

After he won the Traversée, he mentioned, “I am so happy, very happy. I have to get a bigger apartment…I have two daughters – 3 and 5 years old.” And they are smiling too, “Go Daddy go!”