Goggles On With No Aftermarks 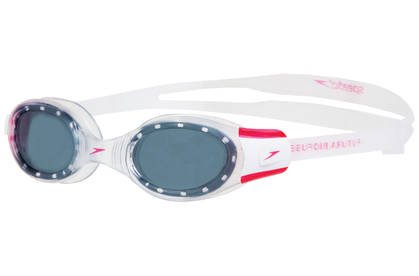 Speedo International has developed a smaller-framed goggles for women that will not lead to aftermarks around your eyes as most swimming goggles do.

The new goggles are especially useful for women who swim in the morning before heading to work or at the lunchtime before heading back to work and want to avoid aftermarks. While the goggles do not solve the issue of wet hair, the lack of aftermarks is appreciated by those who want to look their professional best.

This new product also reminds us of the difference between open water swimmers and pool swimmers. While many women wear make-up both in the pool and open water, we see a lot less mascara running after women emerge from the oceans and lakes than in the pool.

This is primarily due to the habit of swimmers to seek the best seal possible before starting their open water swims and keep their goggles on during their entire workout or race. Conversely, most pool swimmers repeatedly put on and remove their goggle lenses (gaskets) from their eyes during the course of their training in the pool, which ultimately leads to mascara runs.