Gold vs. Silver vs. Bronze In Scotland 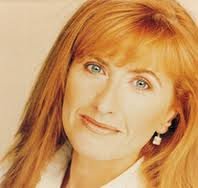 The British Gas Great Scottish Swim this coming Saturday will bring together newcomers and Olympic veterans to its one-mile event in Strathclyde Loch, North Lanarkshire.

British Gas Great Scottish Swim is the biggest swim in Scotland with over 2,000 entrants and will attract swimmers of all shapes, speeds and sizes, including Scottish TV personality and BBC newcaster Jackie Bird (shown on left).