Goldfish Leads To No Manure, More Algae In Lake Tahoe 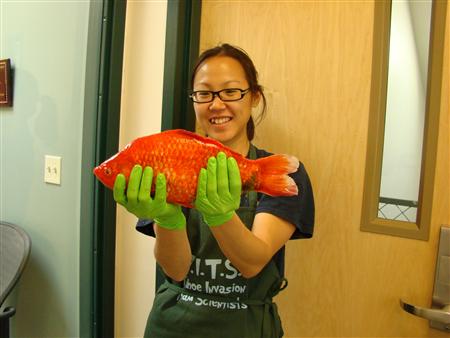 Giant non-indigenous goldfish are plaguing Lake Tahoe and partly and indirectly impacting the clarity of the water according to the University of California, David Research Center.

Some goldfish grow up to 45 cm and weigh 1.8 kg as they compete with the native species of fish.

So many large goldfish eat copious amounts of manure that their appetite ends up promoting growth of algae in water. This leads to other damaging effects on one of the purest lakes in the United States.

While Lake Tahoe’s clarity still remains at 20 meters, according to the U.S. Geological Survey, he clarity of the water when it is first measured in the 1960’s it was 30 meters.