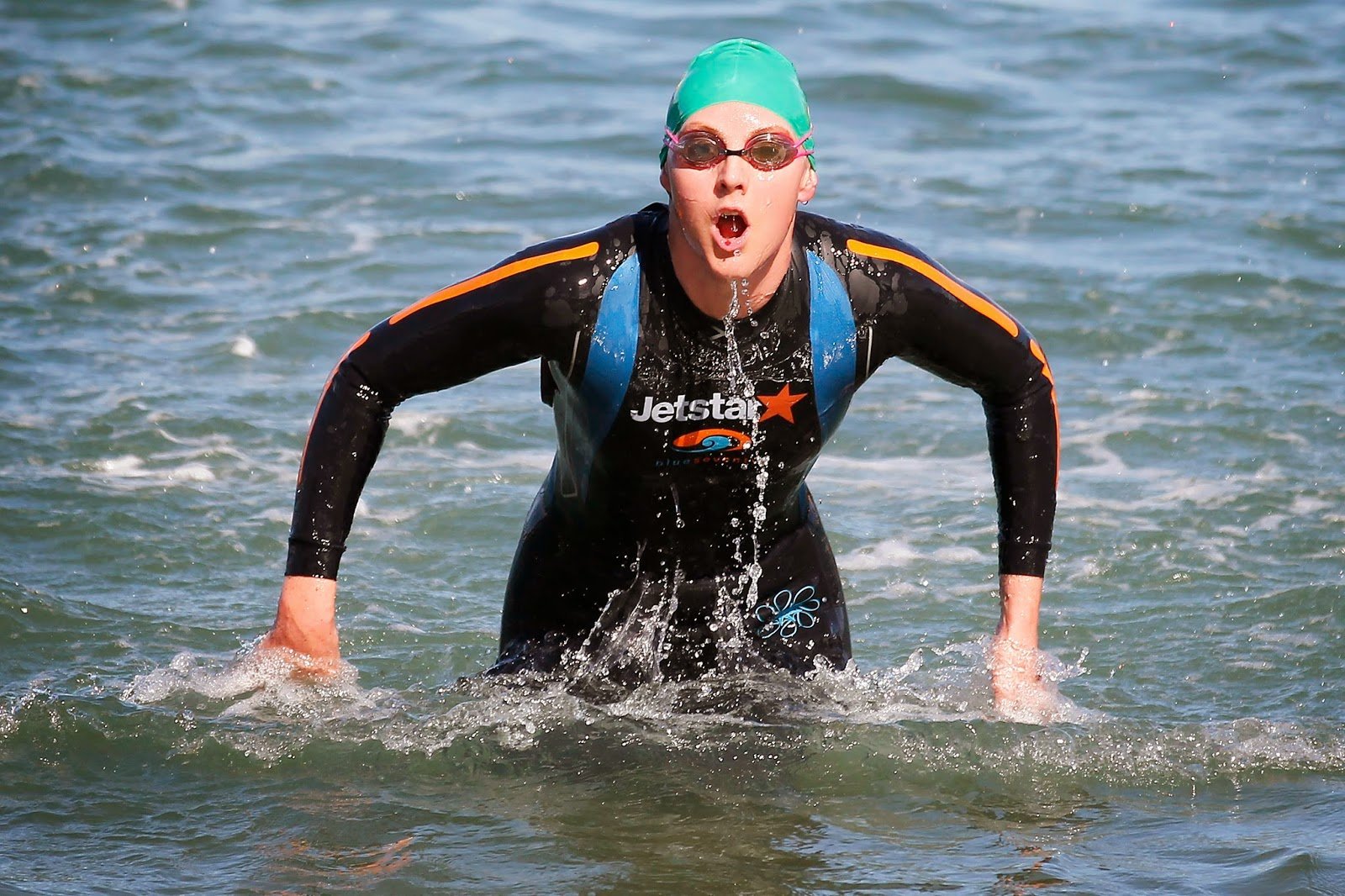 Melissa Gorman was favored in the State New Zealand Ocean Swim Series race at Mt Maunganui today and she came through as expected in the 2.6 km State Sand To Surf.

The two-time Olympian and world champion looked completely recovered from injury. She pulled away from the start and ended by 59 seconds faster than second-place Charlotte Webby and third-place Leah Cutting for second.

“That race was a good indication of where I am at in my training, and I was able to keep up with the boys a little bit more in this race, which is a good indication that I’m getting faster,” she said as she positioned herself to win the series overall. “I’m excited of where I am at heading into the final race. With two wins under my belt it definitely takes the pressure off a little bit.”

Today’s race was held in superb water on a contingency course on Pilot Bay at Mt Maunganui. The usual course off the main beach at Mt Maunganui wasn’t used today because of a big swell that grew to up to three meters.

The final race in the six-race series – the State King of the Bays – is next up in Auckland’s North Shore on April 12th.