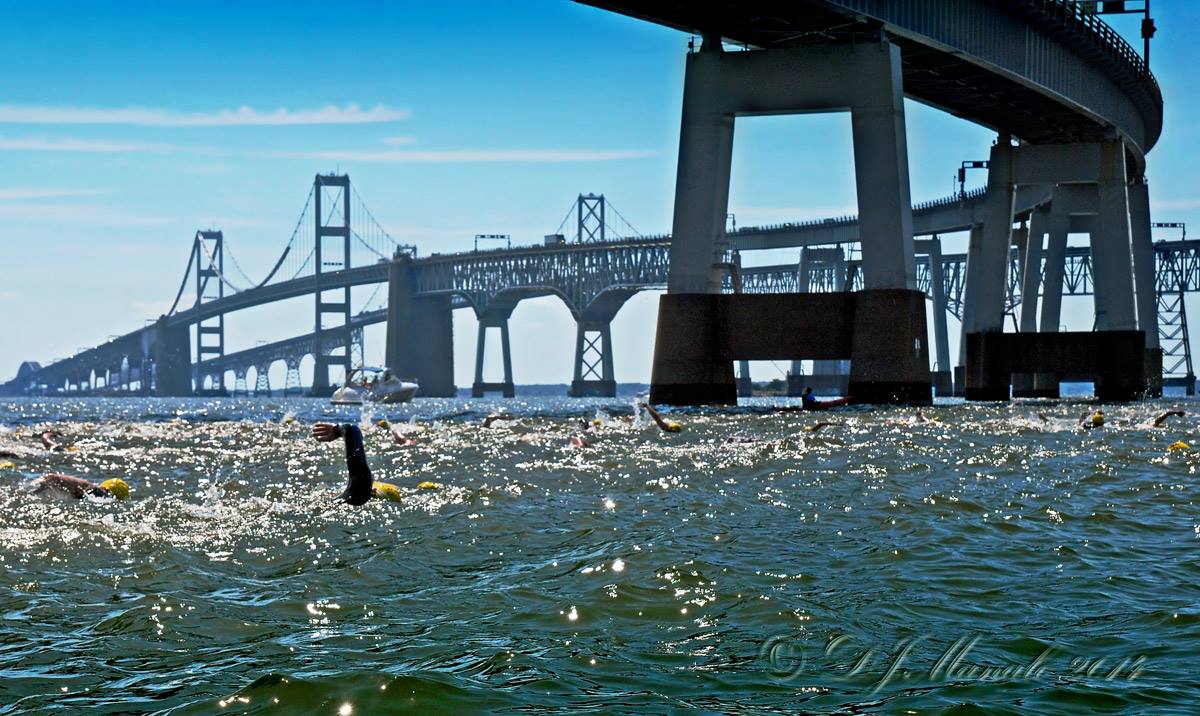 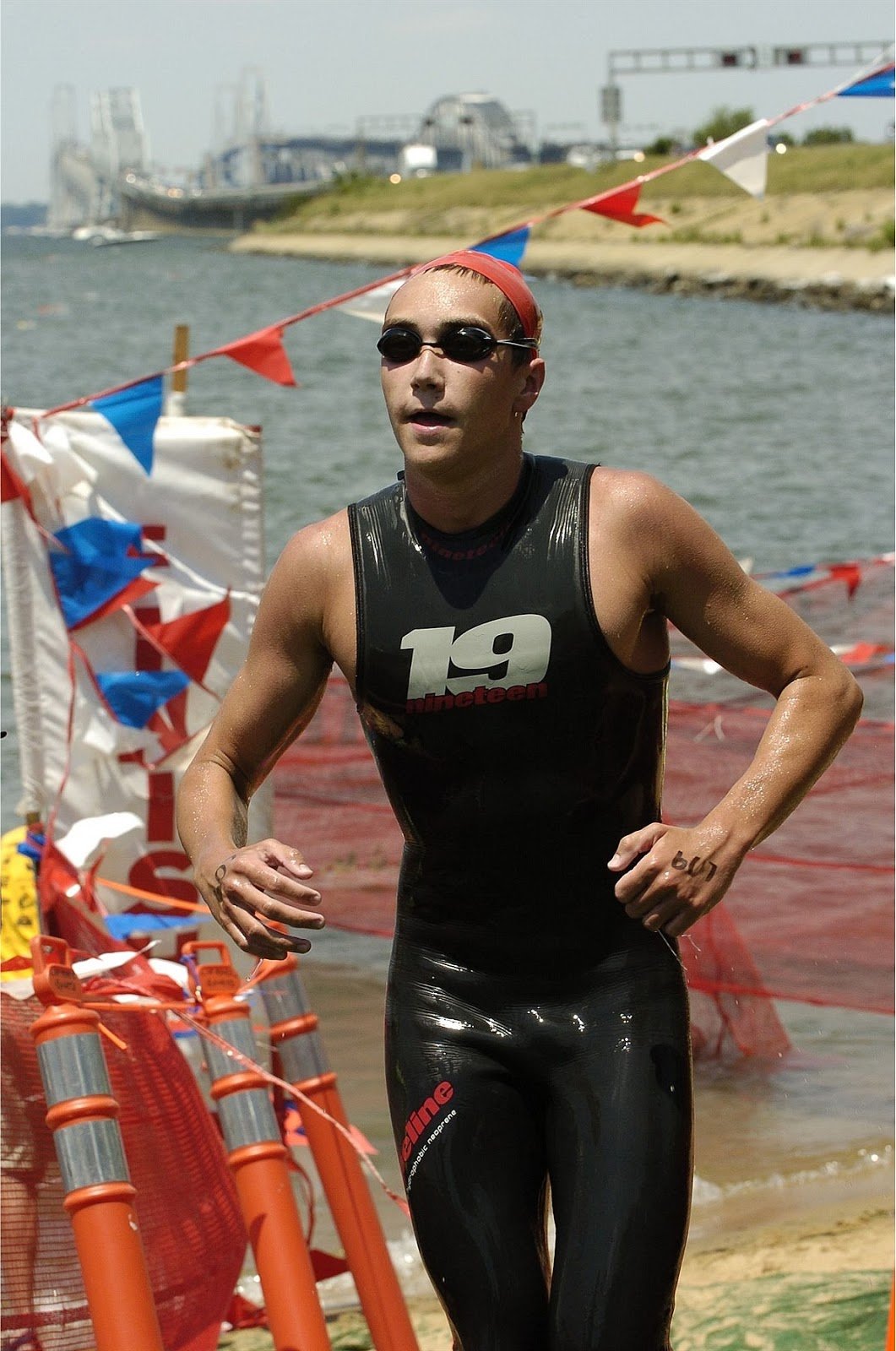 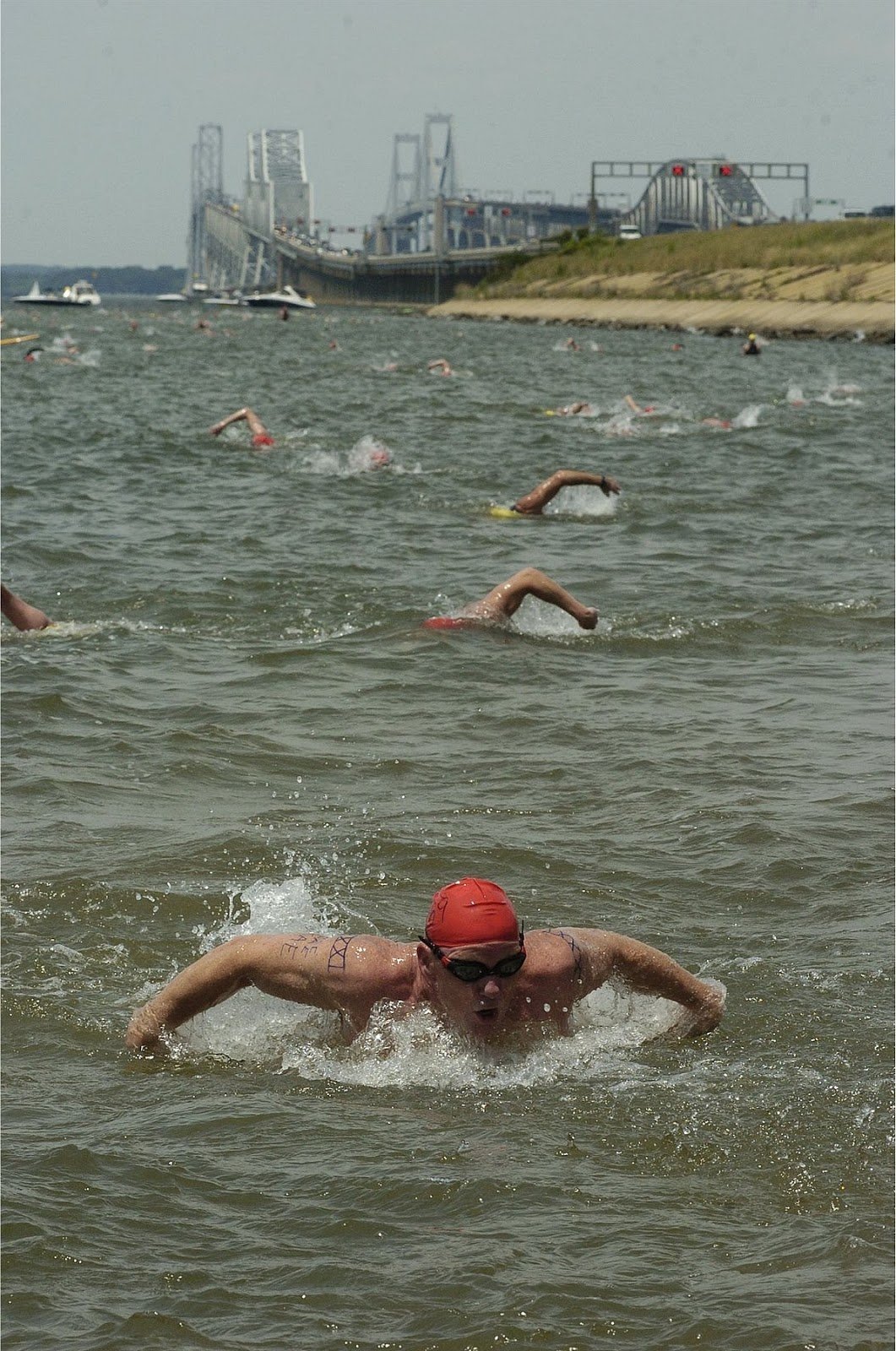 Celebrating its 25 year in its modern day form and 35th since founded as a solo swim for health-related charities, the Great Chesapeake Bay Swim is as popular as ever.

The cross-bay race features a 4.4-mile course across the Chesapeake Bay starting from the western shore at Sandy Point State Park, Annapolis and finishing on Maryland’s eastern shoreline at the Bay Bridge Marina in Stevensville.

The 4.4-mile race included two waves of swimmers set 15 minutes apart who proceed from the shoreline into and between the Chesapeake Bay Bridges.

They must swim each mile within 40 minutes to outrun the flood and ebb tides that dominate this body of water. Only 1 hour of slack tides allow for the 650 entries to make it across the main shipping channel.

317 swimmers entered the 1-mile race that was held earlier in a triangle course on the eastern shore near finish line.

With its course that crosses many jurisdictional areas, the organizers must work in coordination with several federal and state agencies. The U.S. Coast Guard, National Oceanographic and Atmospheric Administration (NOAA), the Maryland Powerboat Association, and the Chesapeake Paddlers Association all provide support to the charity event.

“The swim raised more than US$200,000 this year for March of Dimes, a nonprofit that works with mothers and babies for the prevention of birth defects,” said race director Chuck Nabit.

“Since the event officially started in 1992, about US$2 million has been raised for charitable organizations with about 60% of each donation goes directly to charity. The remaining money is used for the administrative costs of the event, like event t-shirts and a party for the over 500 volunteers, as well as awards for swimmers.”

The 2016 event saw the strongest winds ever recorded in its history. “Wind speeds hovered around 22 mph around noon and peaked at 33 mph before 4 pm,” said National Weather Service meteorologist Dan Hofmann. Air temperature stayed around 88ºF and water temperature was likely between 72ºF and 74ºF (22-23ºF).

But the course and time was carefully pre-determined with the help of NOAA that uses a device called an acoustic Doppler current profiler. The instrument, mounted on a small catamaran and towed behind a research vessel, is used to measure speed and direction of current from the water surface to the bottom. This information can show where the strongest currents will occur during the race. In early June, NOAA tide experts, with help from the Maryland Geological Survey, used the profiler to measure currents from one side of the bay to the other at the race course.

But swimmers were determined to finish including 81-year-old Robert Benson from Silver Spring, Maryland who endured some of the most difficult wave and wind conditions possible. He finished the 4.4-mile in 2 hours 39 minutes while one-legged 60-year-old Michael Doyle of Pennsauken, New Jersey finished in 2 hours 48 minutes. The overall non-wetsuit winner was 31-year-old Sergey Urazov of Falls Church, Virginia who finished in 1 hour 36 minutes. 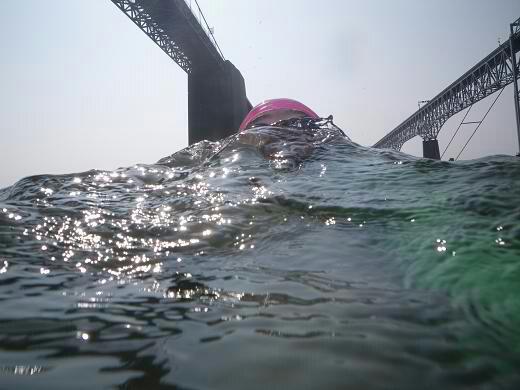