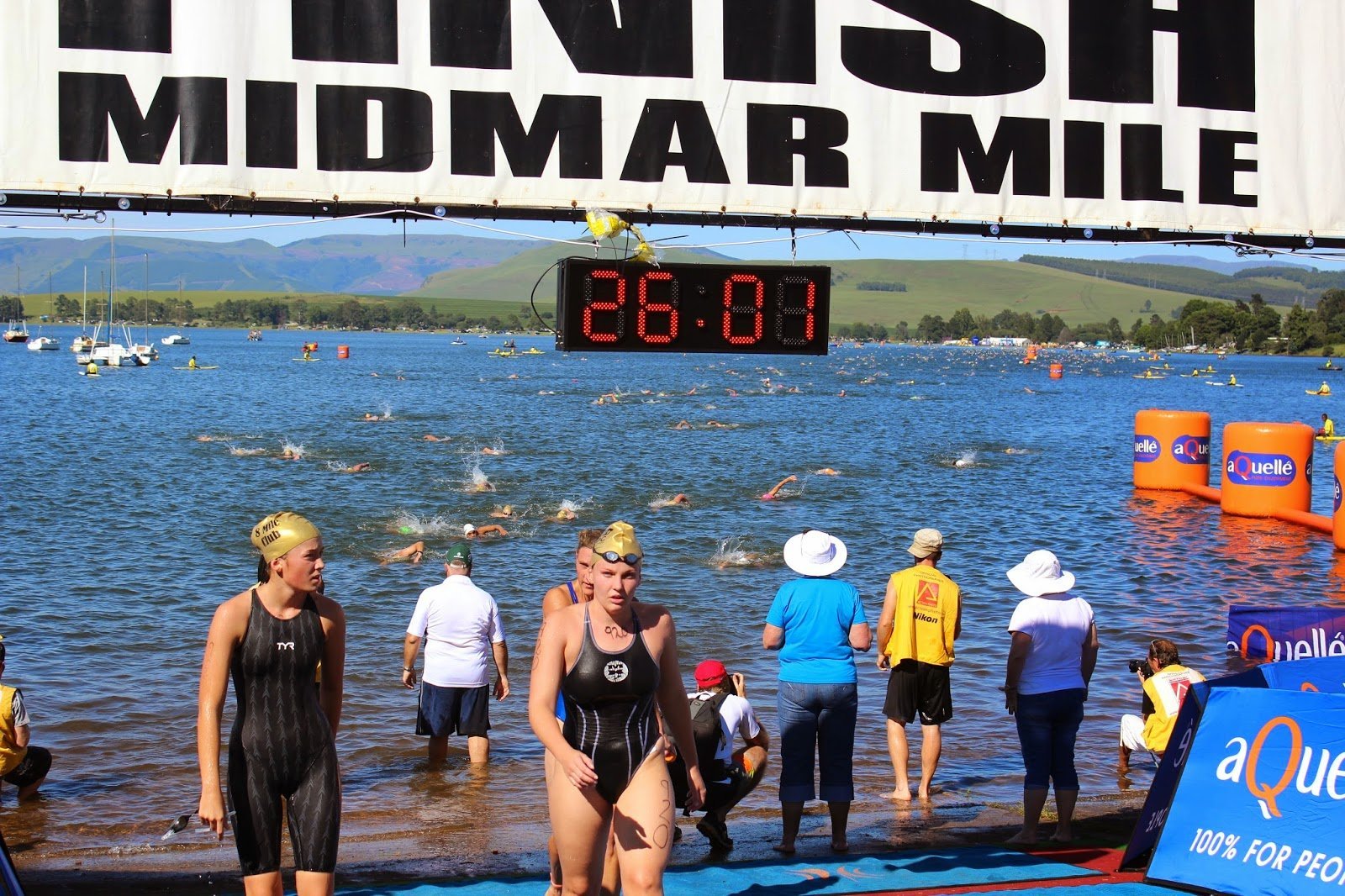 They both always enjoy the ambiance of the world’s largest competitive open water swim, but in 2014, a twist of fate brought the two men together.

Basson was looking forward to improving his best time in the straight point-to-point reservoir swim in Pietermaritzburg, South Africa. But speed was secondary to the pure joy he gains from participating. “I generally just swim for the enjoyment. This year was my best and most enjoyable swim yet. As I completed my swim, felt really pleased.”

As did the other nearly 18,000 swimmers, he passed under the finish gate and walked through the finish chutes to collect his medal and sponsors’ gifts. “I was greeted by my wife and daughter and then met up with a work colleague’s fiancé.” But as he walked towards the exit, he noticed commotion that was a natural instinct due to his experience as a qualified Intermediate Life Support paramedic. “I stopped to offer assistance, thinking it was a minor incident.”

Little did Basson know that Hennie Muller had burst an artery in his heart 30 meters from the finish line during his sixth aQuellé Midmar Mile. Like Basson, Muller finished the race, walked across the finish and received his finisher’s medal, although he cannot remember anything of that last 30 meters and soon lost consciousness after exiting the finish pavilion.

About three minutes after the artery had burst, he suffered a heart attack, his heart stopped beating for 20 minutes. “If that artery had burst 60 to 90 seconds earlier, I could have been part of the drowning statistics. It (swimming) is not like running or cycling – you just disappear under the dark water,” recalls Muller.

Basson quickly realized that the man lying on the ground was in serious trouble. “Without hesitation, I jumped in and continued with CPR. I began issuing instructions to the event paramedics to attach the ECG leads and to establish an IV. I also asked if the appropriate drugs could be drawn up ready if needed.

The medical team continued with CPR, but Muller had turned a light shade of blue as minutes were ticking by as no oxygen was reaching his brain. “The electrodes would not stick to [Muller]’s chest, and we needed to check if there was a heart rhythm. I then called for a paddle reading to be done. The paddle check revealed a shockable heart rhythm; CPR was continued while gel was applied to paddles. Then the shock was delivered and we check for a heartbeat and pulse. Amazingly we had managed to get a heartbeat and weak pulse back.”

Basson stayed with Muller in the ambulance and went with him to the hospital.

Muller recalled his experience en route to the hospital. “I could talk, remember my name, count numbers and also told them where my family was.”

Basson remembers the same. “En route to the hospital, he stabilized more and opened his eyes. I asked him his name. He responded with Hennie Muller. I was truly amazed. Hennie was handed over to the hospital in a stable condition, awake and talking. In my 10 years in the emergency medical system industry and having performed many resuscitations, I never ever had a person respond or recover so quickly post CPR, without any form of brain or heart damage. Absolutely amazing.”

Photo shows the finish of the aQuellé Midmar Mile in Pietermaritzburg, South Africa.