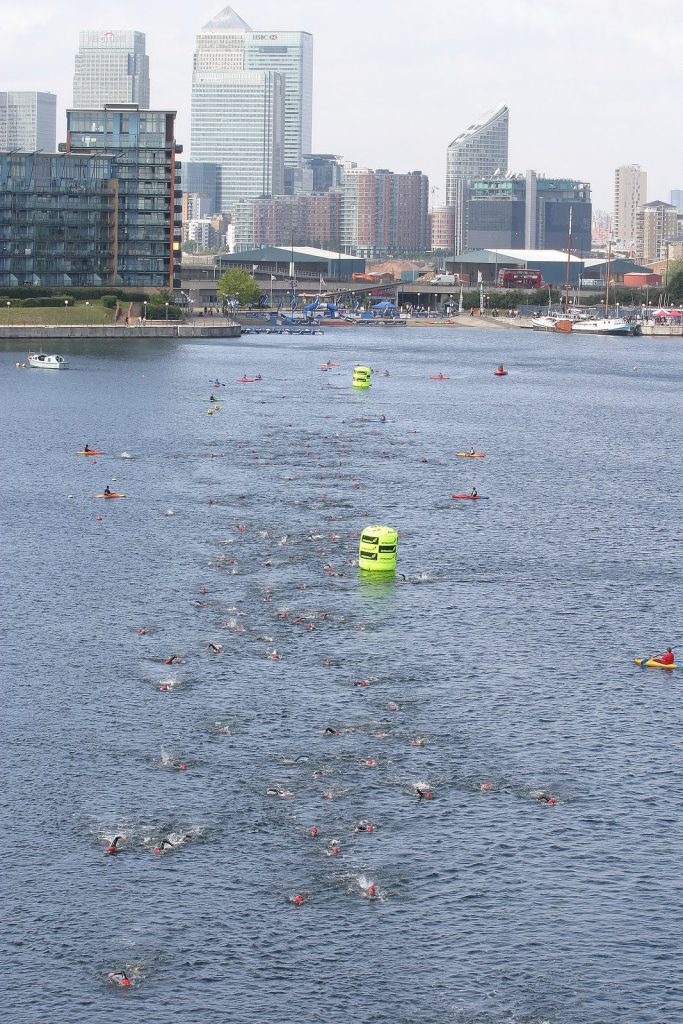 Over the past decade, the RCP Tiburon Mile has been an event where great pool swimmers like Brooke Bennett and Ous Mellouli have competed head-to-head with the world’s best open water swimmers. In some years, a few of the Olympic pool swimmers have won the US$10,000 first place award, but over last several years, the open water swimmers have dominated their pool colleagues in the cold San Francisco Bay mile swim.

“Getting guys like European champion Seb Rouault to take the plunge at the Great Salford Swim is what we’re all about too. As a European 800 and 1500 pool champion, the Great Swim series provides the ideal cross over. His first race was at Salford and he’s coming back for more.”

At a mile in distance, the RCP Tiburon Mile and the Great Swims are ideal for these head-to-head battles of pool vs. open water. The same mano-a-mano short battles also occur at the Midmar Mile in South Africa and the Flowers Sea Swim in the Cayman Islands.

At today’s Great London Swim, there was a mass of open water titans vs. Seb. “We had Thomas Lurz vs. Petar Stoychev vs. Tom Allen vs. Jan Wolfgarten vs. Andreas Waschburger vs. Danill Serebrennikov vs. Seb Rouault. On the women’s side, we had Keri-Anne Payne vs. Cassie Patten vs. Swann Oberson who are all in their final preparations for the upcoming World Championships in Shanghai.”