Greatest Feeling In The World Outside Your Comfort Zone 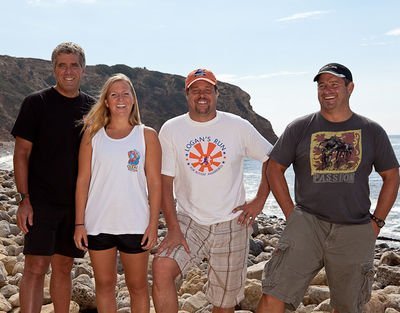 Who said this and what was being referred to? “…is the most challenging facet of the sport. It is the greatest feeling in the world, being in the ocean when it is at its wildest states. You are removing yourself from your comfort level, into a place where you are no longer entirely in control of what’s happening around you. It’s from this place of vulnerability, that I feel like I can explore my greatest physical and mental capabilities. And, of course, it’s a heck of a lot of fun.” Was it… 1. Stephen Redmond talking about swimming through jellyfish broods in the North Channel? 2. Darren Miller in the middle of rough seas in the Tsugaru Channel? 3. Forrest Nelson at night during a circumnavigation of Catalina Island? 4. Penny Palfrey swimming over a Great White Shark in the Santa Barbara Channel? 5. Donal Buckley going out for a winter swim off the coast of Ireland? 6. Ram Barkai competing in the Russian Winter Swimming Championships? 7. Lynne Cox crossing the Bering Strait? 8. Jen Schumacher upon reaching the shores of Niihau in the midst of giant surf? 9. Ashley Twichell talking about the last loop of a professional marathon swim? 10. Evan Morrison speaking in his upcoming documentary film “DRIVEN“? 11. Jamie Patrick swimming late at night on Lake Tahoe? 12. Greg Long talking about big-wave surfing? The quote could possibly be stated by any of them, but it was Greg Long who was recently crowned the Big Wave World Champion who said it to the Orange County Register. With plenty of Billabong XXL Big Wave awards and stunt work in the Hollywood movie “Chasing Mavericks” to his credit, the 29-year-old surfer is readily acknowledged as one of the world’s most accomplished surfers. Photo above shows Jen Schumacher with her Swim 22 teammates Chris Dahowski, Michael Vovk, and David Hartmire. Copyright © 2008 – 2013 by World Open Water Swimming Association