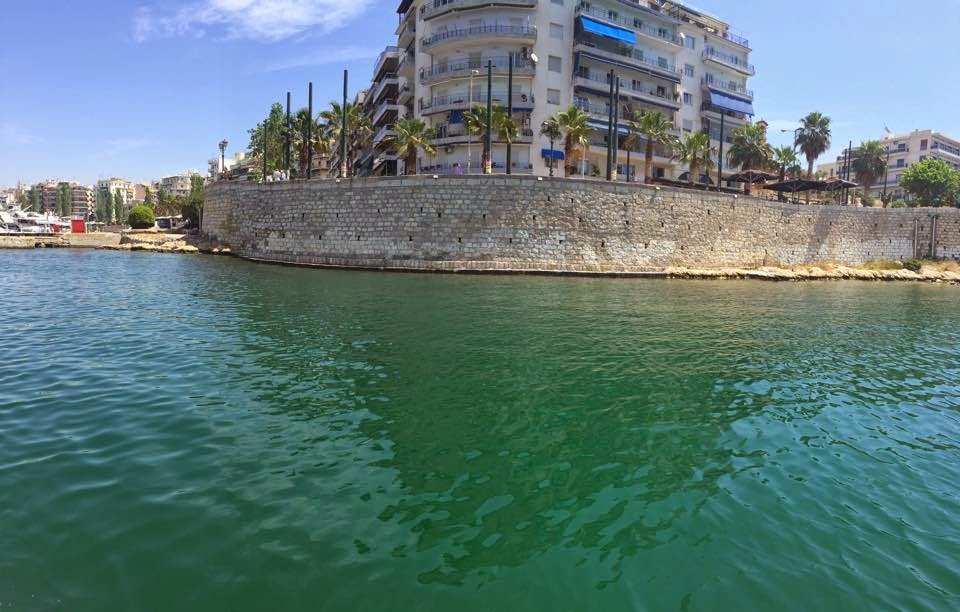 Thousands of spectators lined the Bay of Zea off the Piraeus coast to watch the 18-year-old Hajós win two gold medals.

Nikos Gemelos, the Greek national open water swimming coach, is helping commemorate this historic swim and area with a new 500m sea swim on May 30th. “We all who are lucky enough to live in the area of ​​Zea in Piraeus should know that region greeted the first modern Olympic Games and the first swimming events.”

But there is no information, landmark, statute or plaque to commemorate to both locals and visitors of the history of the sport.

The Bay of Zea was selected because it formed an amphitheater and enabled an estimated 20,000 spectators to watch the races along with thousands of others who watched from numerous boats anchored off the coast. The races were so popular that the authorities banned both umbrellas and large hats in order so the views of other spectators would not be blocked.

When Hajós won and stood on the podium, the first political statement of the modern Olympic Games began. In 1896, Hungary had not an autonomous nation and was part of Austria forming the then Austro-Hungarian empire. The Hungarians wanted to showcase their opposition and the local Hungarians sang their national anthem, trying to sing over the Greek band playing the national anthem of Austria.

But on May 30th, an international group of swimmers will come together as one and celebrate the first open water swimming competition of the Olympic Games.

For more information and to register, contact [email protected].

Historical Footnote:
In the modern Olympic Games, swimming events held in open bodies of water include the following: