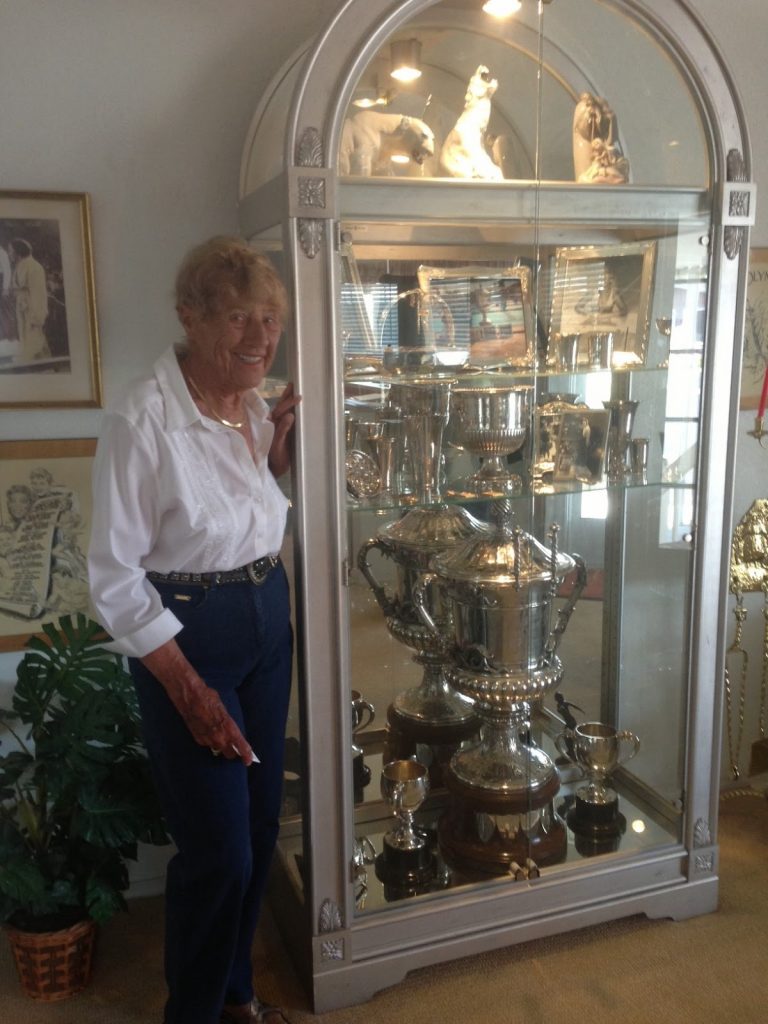 Greta Andersen, the one and only 1948 Olympic champion and 5-time English Channel swimmer, remains as active and outgoing as ever.

Ever gregarious and warm-hearted, Andersen is shown standing in front of one of her trophy cases.

Just looking at the awards and medals she earned, reading the certificates she received, and going through her archives from her long career throughout the 1940s, 1950s, and 1960s was like stepping back in time. The stories she can tell about some of the greatest aquatic feats of the 20th century is a joy to hear as she shares her memories and wisdom.

The largest trophy shown on left is her commemorative Billy Butlin Cross Channel International Swim award that Sir Butlin personally gave her for winning the English Channel race twice overall in 1957 and 1958 as well as the women’s event from 1957 to 1959.