Because the global media does not understand the difference between Guanabara Bay and Copacabana Beach, most sporting fans think the triathlete and open water swimmers at the 2016 Rio Olympic Games will swim through trash, sludge, body parts and toxic filth.*

While the Olympic sailors will not be so fortunate and still must compete in Guanabara Bay, Thiago Da Costa has produced Toxic Guanabara.

Toxic Guanabara is a 10-minute three-part documentary investigation into the polluted bay that threatens athletes on the upcoming Rio Olympics.

This will help sports fans and media around the world to understand the horrific problems of Guanabara Bay as well as help increase awareness that understand that Copacabana Beach is separate and different with significantly fewer environmental problems.

But, as Da Costa [shown below in the middle] explains, “Guanabara Bay in Rio de Janeiro where several of the upcoming Olympic events will take place, is currently involved in controversy. The pollution levels in the water are prompting Olympians worldwide to withdraw or take medicine before competing. This timely web series investigates the Brazilian government’s unkept promise to clean up the bay and examines the issues that affect this once pristine environment.

Toxic Guanabara tackles its subject by focusing on 3 concerned Brazilians citizens and examining their intimate relationships with the beloved and beleaguered bay
.”

The series will be released on July 27th here on Figura Media’s YouTube Channel. 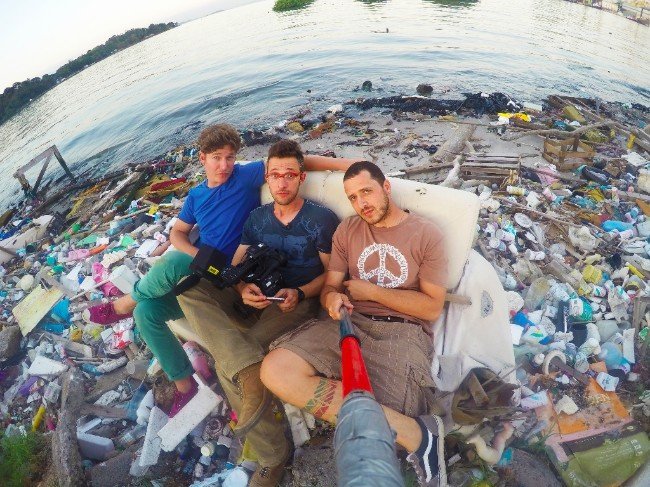 * For a water quality report on Copacabana Beach, read here.