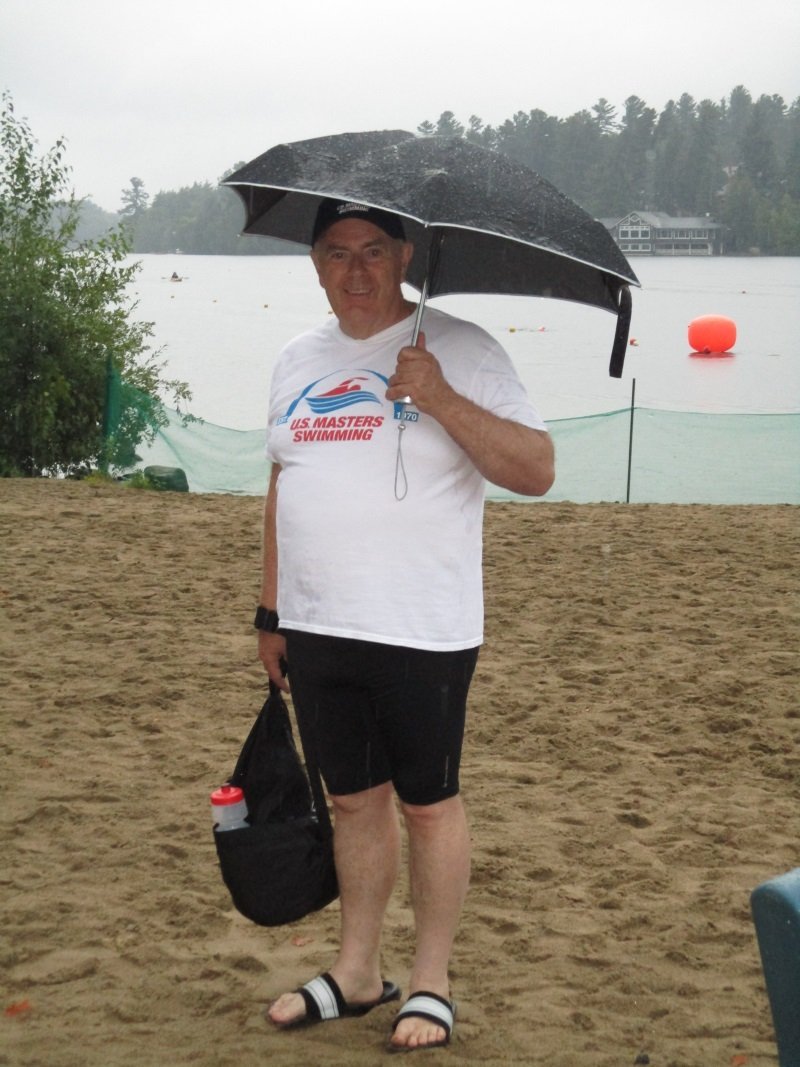 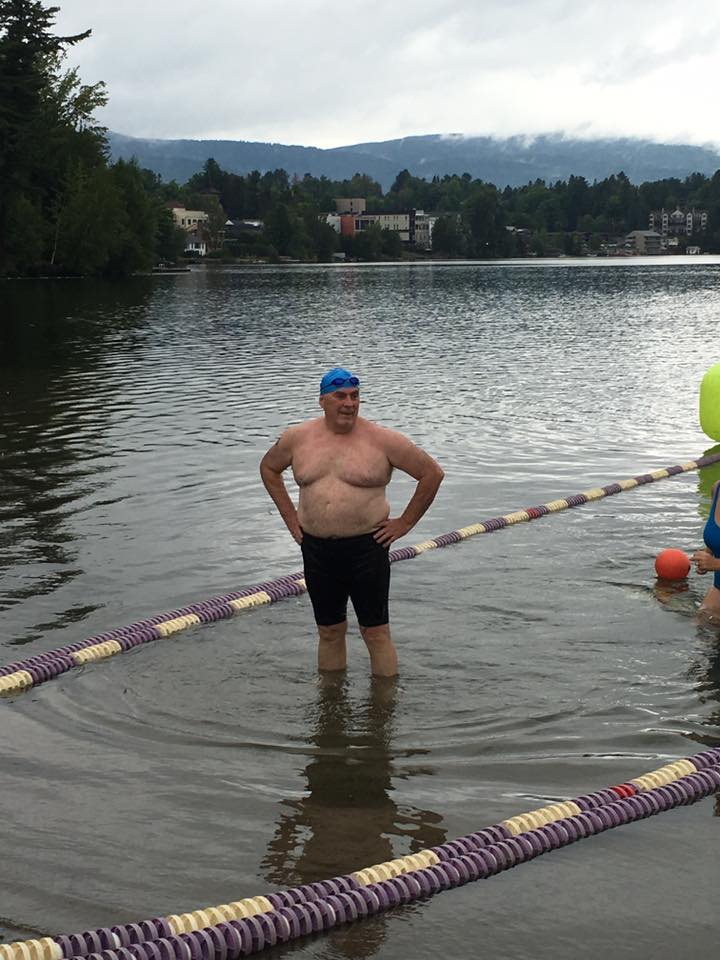 Jack Berkery is an 68-year-old lifelong runner who has run over 40,000 miles while participating in 475 running races on roads, tracks and trails over his career.

When Berkery entered his first open water swim, the Betsy Owens Memorial Swims in Mirror Lake in New York’s Lake Placid, he informed Dammerman that he was a first-timer.

“I had every intention of finishing slowly, so I treaded for a few seconds after the last wave went off to be sure I was last and endeavored to stay there. Having done hundreds of running events over the last 40 years, I was surprised at how stress-free this swim was. I felt comfortable throughout and finished as strongly as I began.”

That kind of experience pays off long-term dividends for both the participant and the sport.

“It was a very pleasant experience and you can be sure I’ll be back again next year.”

That feedback is remarkable since the conditions and circumstances of this year’s Betsy Owens Memorial Swims were not ideal. “We had heavy rain at the start and there was a small threat of cancellation, but the approaching electrical storms stayed away until later in the day. The 2-mile race was done in a steady rain which got even heavier as the 1-mile swim began, but then it stopped about 15 minutes into the race.

Mirror Lake became quite calm thereafter, the only ripples being from our own strokes
.”

Race director Dammerman said, “This event is a nice transition into open water swimming. The cable and frequent buoys help people stay on track and feel more sure of themselves, and we start in waves of 10 swimmers with the first turn at the quarter-mile, so there’s a lot less of the rough-and-tumble contact that comes with larger events. We discourage breaking a neighbor’s ribs here. We love that this event can be both competitive and comfortable.”

Berkery has a new endeavor; a great sport since he is an open heart surgery survivor. A contributor to Cardiac Athletes [available on Amazon here], he explained, “I am among those who have returned to athletics after open heart surgery. July 26th was the 25th anniversary of my artificial aortic valve. I suspect [at the time] no one was certain that what I was doing was medically safe or even advisable.”

25 years later after many thousands of miles on the road, Berkery recalls his uncharted road. “The problem with being a pioneer is that there is no road map to tell you which way to go. There is no trail blazed through the wilderness, no bridges across the rivers. Each direction one takes could lead to grand new vistas or disaster. You never know until rounding the next bend. I tended thereafter to be very conservative in my approach to training and racing and always had the nagging feeling that what I was doing could be, shall we say, a game changer.”

He did change the game. But then his endurance career took an unexpected change.

“A year ago I began experiencing extreme pain in the left hip,” explains Berkery. “I battled it for 6 months, but eventually could not run any more. I worked summers as a lifeguard in 1964 and 1965, but I never took it seriously or timed any of my laps until this year. Now I cannot run at all for the pain it causes. [But] swimming is pain free so I depend on swimming to keep me fit.”

Last winter the former engineer with GE Research joined U.S. Masters Swimming and train with a triathlon club that has weekly open water training swims. He looks forward to his first open water swimming event. “As a first timer at age 68, I submitted a 1650 yard seed time of 42 minutes. I have no particular goal time. Even coming in last would be fine, finishing strong will be enough.”