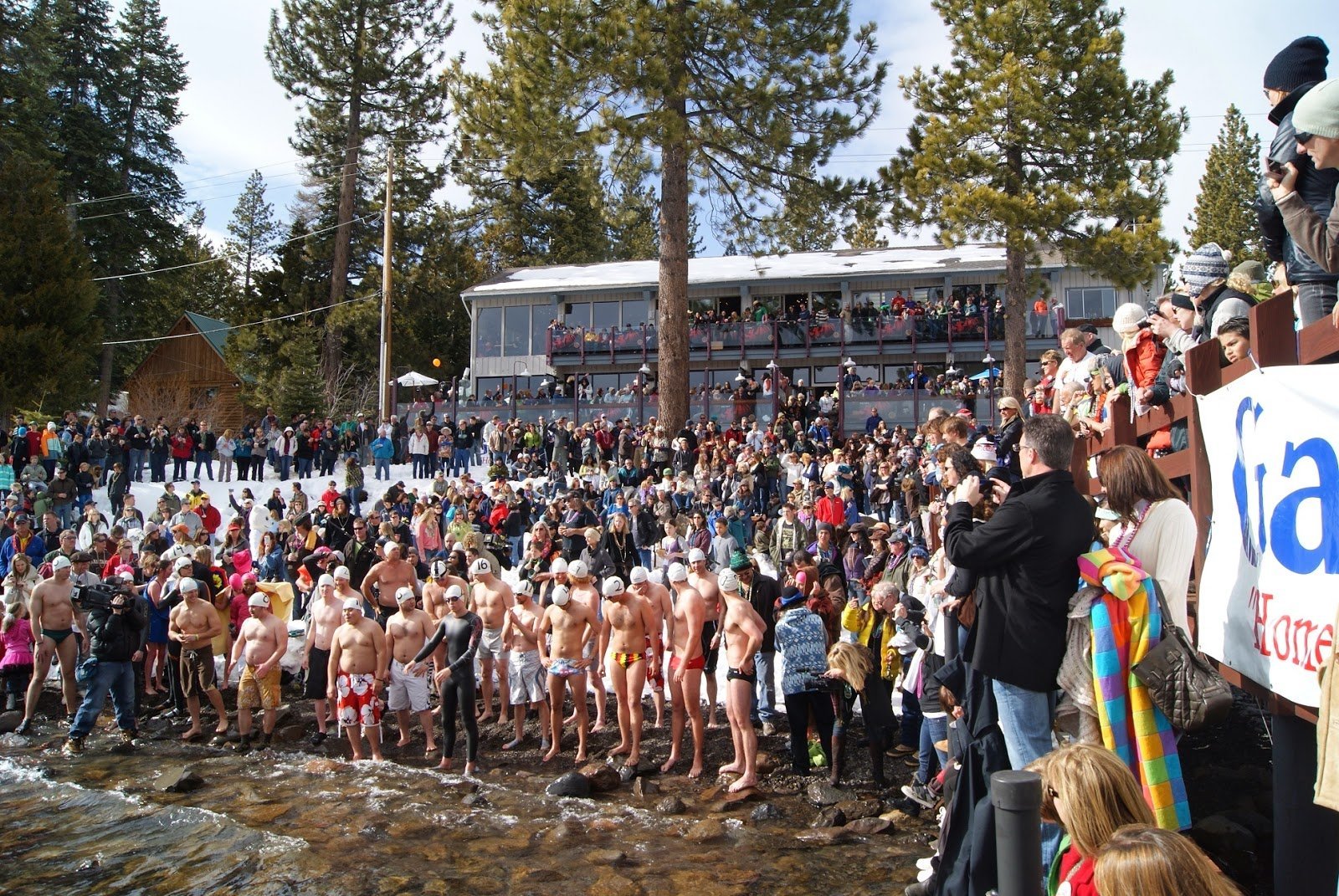 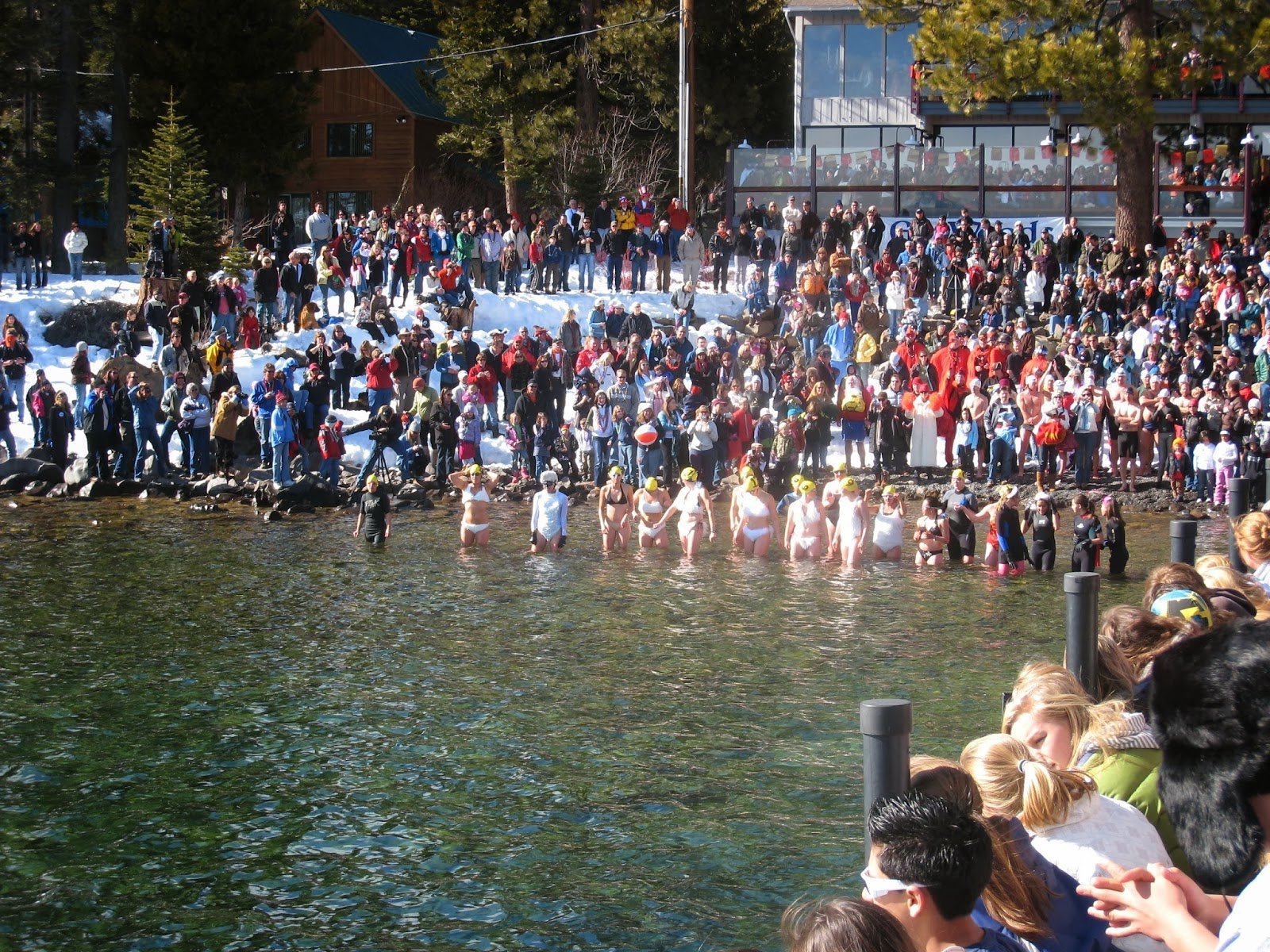 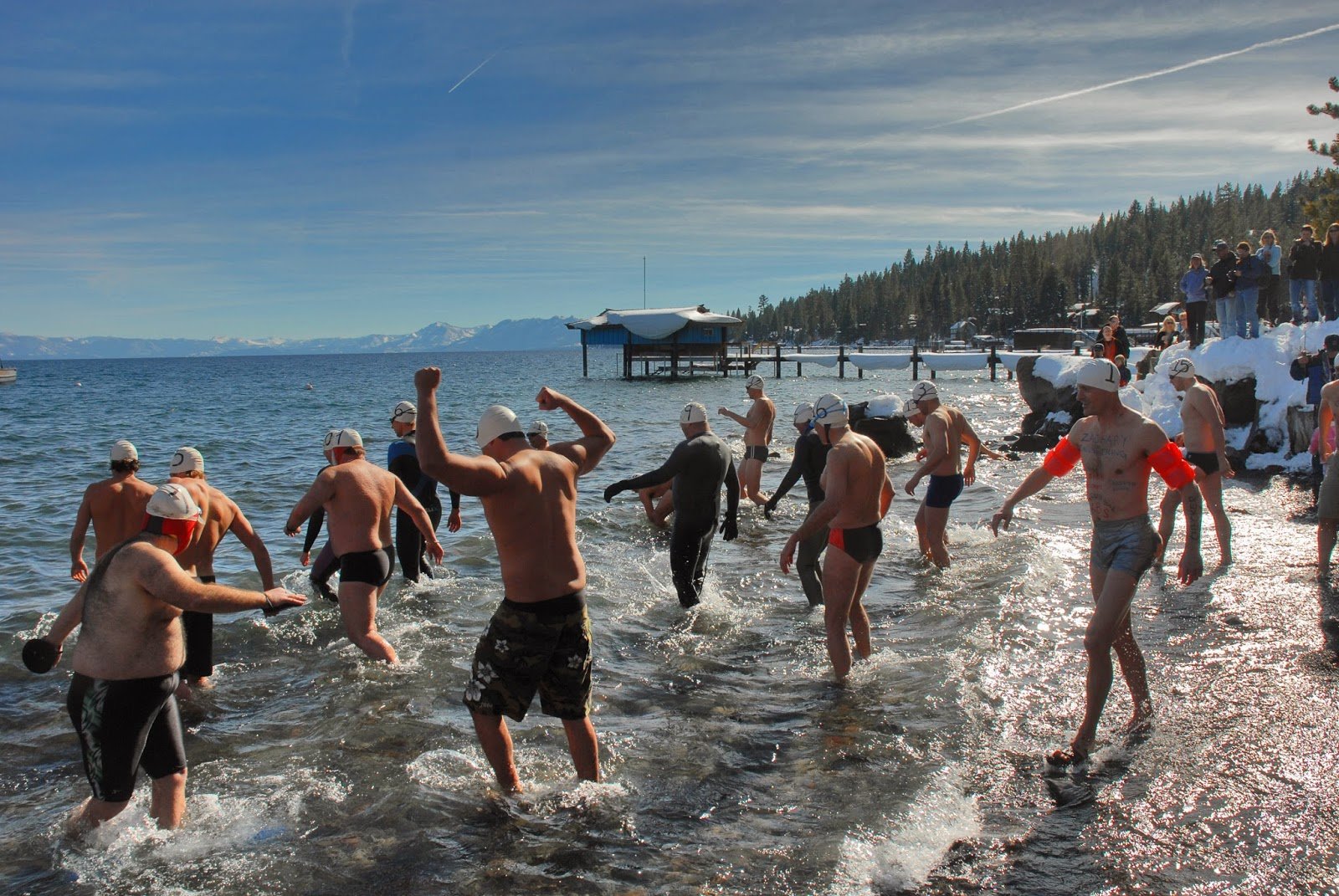 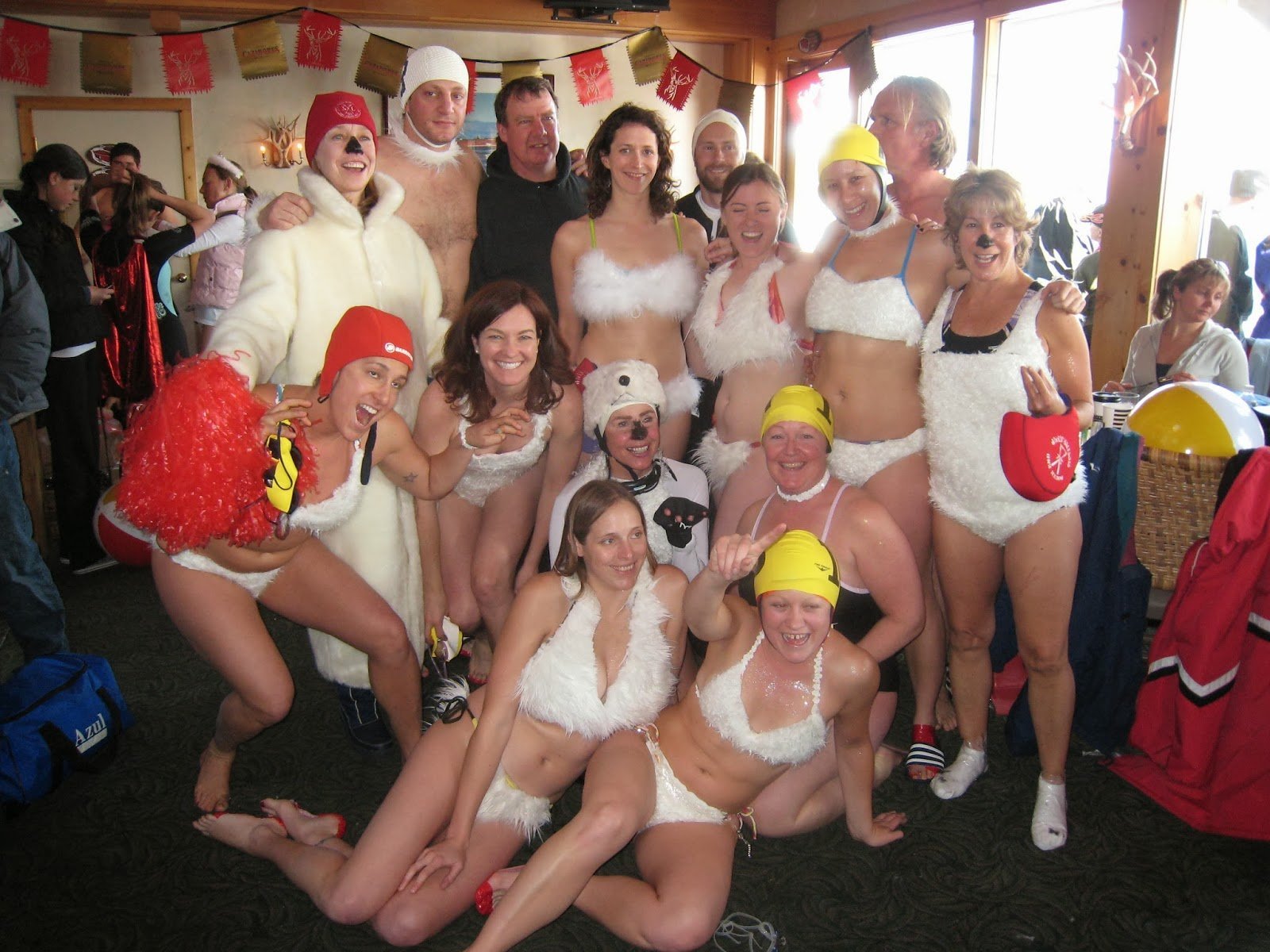 The Gar Woods Grill & Pier in Lake Tahoe, California offers a Polar Bear Swim that is something much more than a simple dip in the high-altitude, low-temperature alpine lake.

The March 1st event is in its 25th year and is held in Carnelian Bay as part of the annual North Lake Tahoe SnowFest.

With a cut-off time of 20 minutes, a crowd gathers to see who is the fastest, the slowest and the most colorfully eclectic in front of the Gar Woods Restaurant. Combine the feeling of the Mardi Gras in the Sierra Nevada mountains with an ice swimming event and you get the Gar Woods Polar Bear Swim.

“The SnowFest in Lake Tahoe is almost upon us and Gar Woods Grill & Pier will be hosting its 25th Annual Coolest and Largest Shrinkage Event – the Polar Bear Swim,” explains Kimberly Moore of the Tahoe Restaurant Collection.

“Each year hundreds of spectators line the pier and deck to watch hardy souls brave the frigid waters of Lake Tahoe. Participants swim approximately 250 yards in bone-chilling water before returning to Gar Woods’ Bar to minimize their pain. There will be hot tubs to warm their bodies after the swim.”

For more information, visit here and here for the North Lake Tahoe SnowFest between February 28th and March 9th where the theme is “Bringing Back The 80s”.