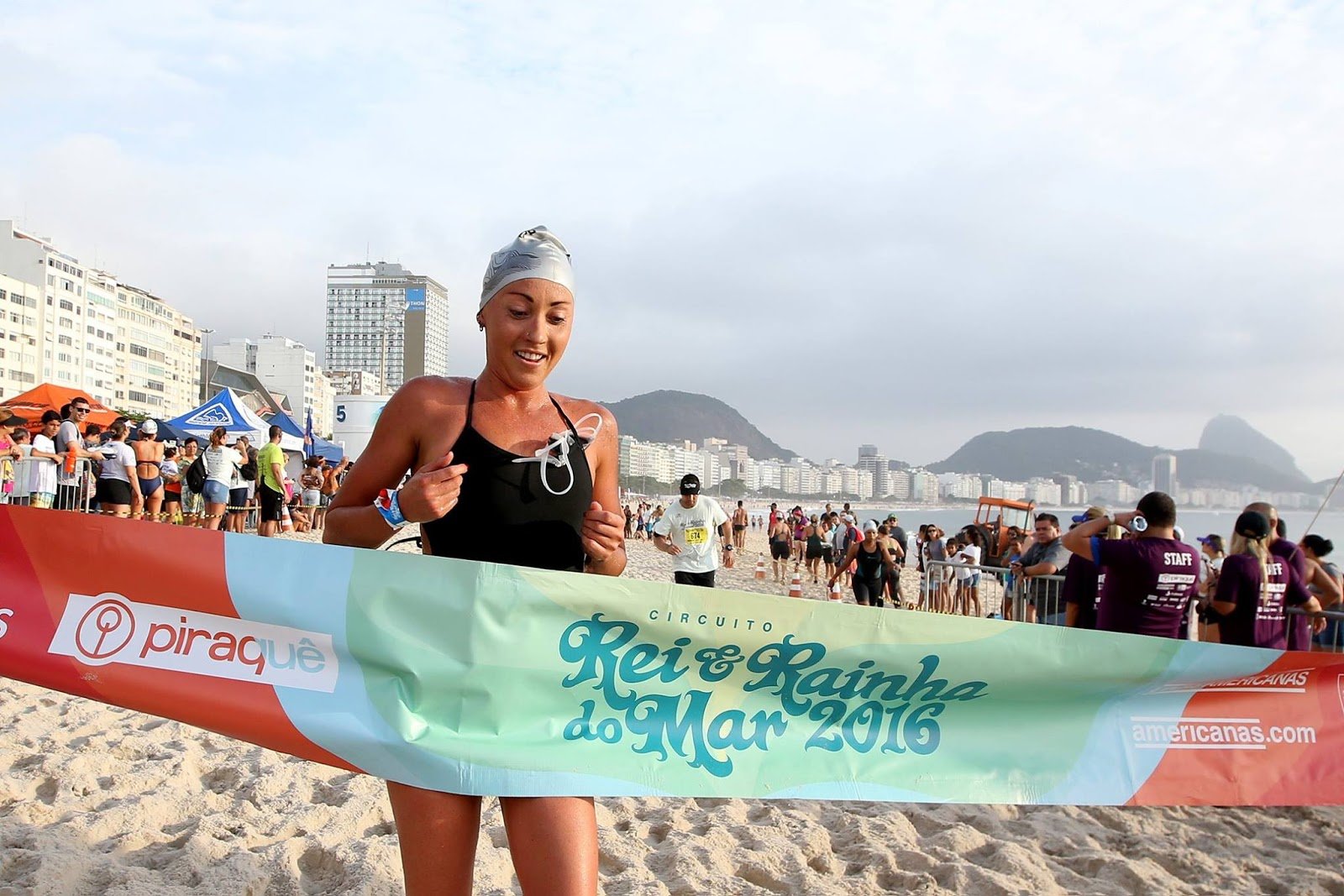 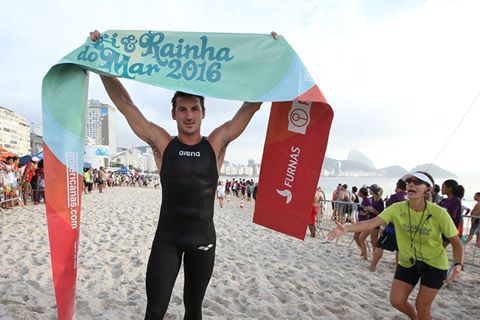 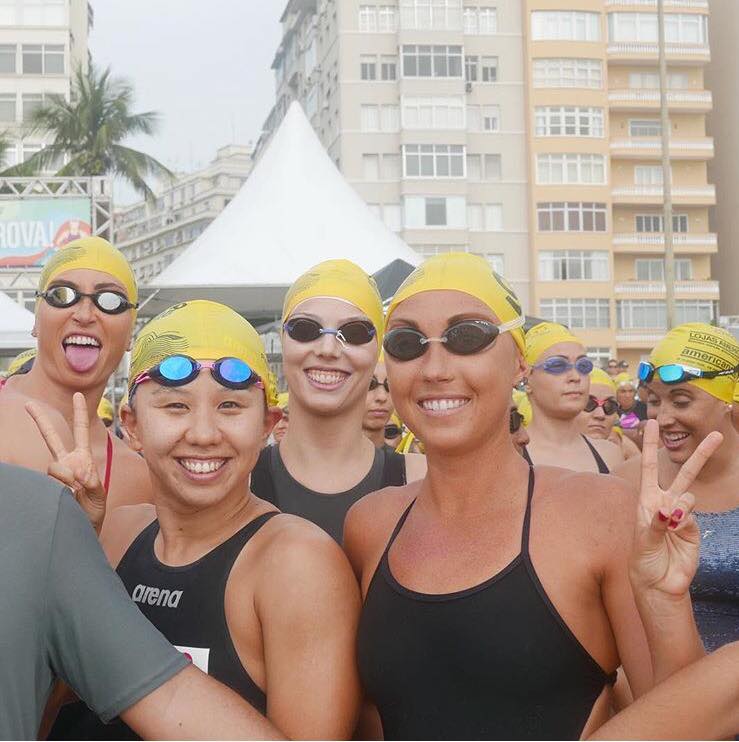 Courtesy of Yasunari Hirai at the 2016 Rie e Rainha do Mar (King and Queen of the Sea), Copacabana Beach, Rio de Janeiro, Brazil.

A day before the big match race between countries and 2016 Olympians, the elite athletes entered in a variety of events with thousands of amateur athletes, triathletes, multi-sport athletes, and masters swimmers.

The overall fitness of the professionals is impressive. “Guillermo, a highly competitive professional marathon swimmers, looks like a gazelle running so elegantly on the soft sand,” said Steven Munatones. “He is so fluid and looks as natural on land as he is in the water. His potential as a triathlete may be untapped.”