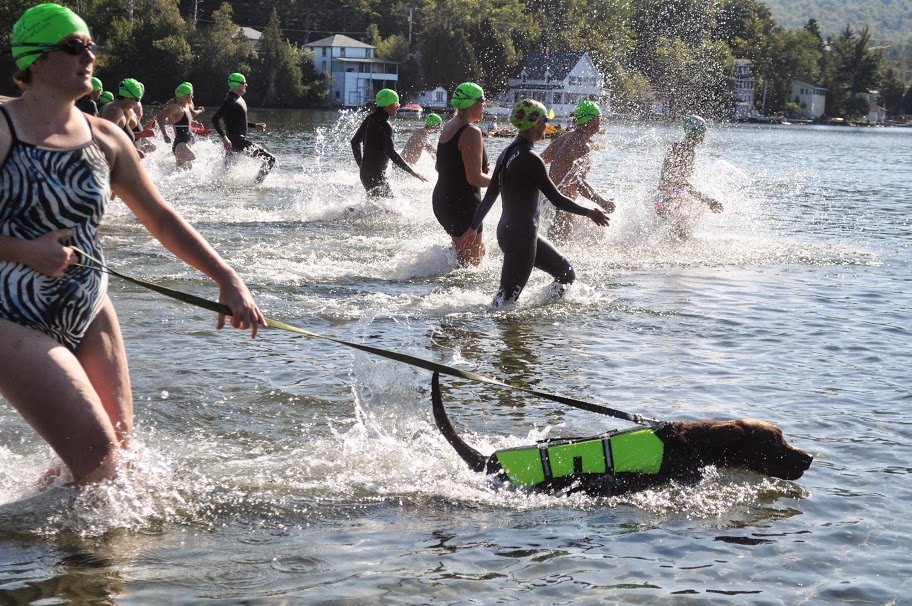 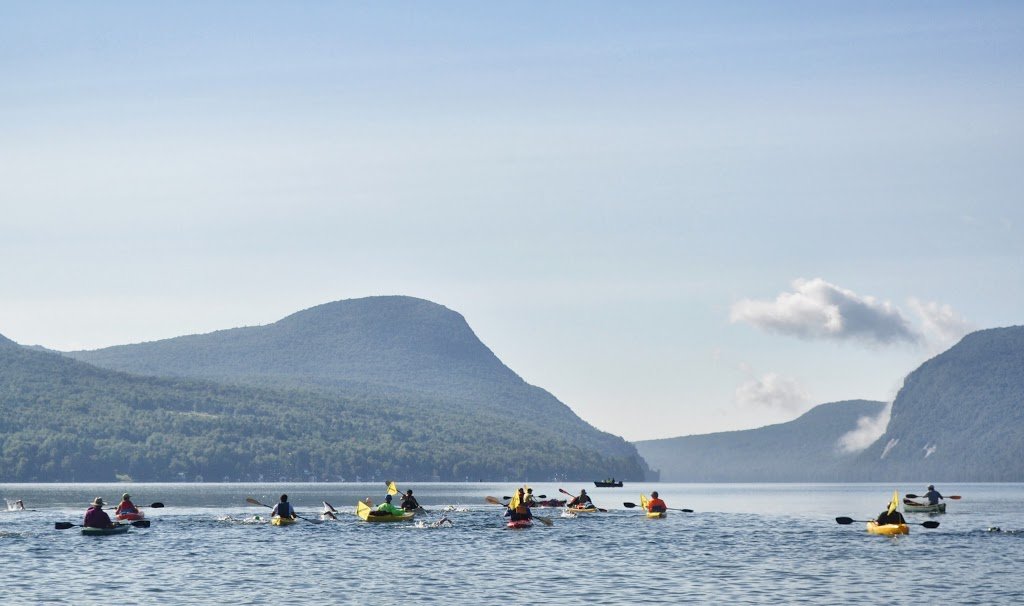 43-year-old Scott May from Lime, New Hampshire won the Lake Willoughby Swim in 2 hours 4 minutes with 47-year-old Charlotte Brynn of Stowe, Vermont not far behind in 2 hours 5 minutes.

They had push it as Guri Bosch, a 3-year-old chocolate labrador retriever from Wallingford, Vermont completed the point-to-point 5-mile swim in 2 hours 48 minutes to win the newly established Canine Division. Together with her training partner Bethany Bosch, Guri lined up with the homo sapiens on the starting line after hydrating directly from one of the cleanest lakes in North America. At the sound of the starting horn, Guri Bosch rushed into the lake determined to set the pace and course for Bethany and, in fact, for the entire field.

But Bethany and Guri, still a bit green behind his dog ears, paddled off to a quick pace but then settled down to a more reasonable tempo. While inexperienced in distance swims, Guri was unbelievably good at sighting. With his sense of smell and head-up swimming style, his navigational IQ was second to none. Bethany, swimming parallel to his left, kept the pace and made sure that Guri didn’t draft off any homo sapiens to become the first canine to swim the entire length of Lake Willoughby. It may have been the the longest canine swim of any organized open water swimming competition in history.

As race organizer Phil White says, “Every dog has its day.”