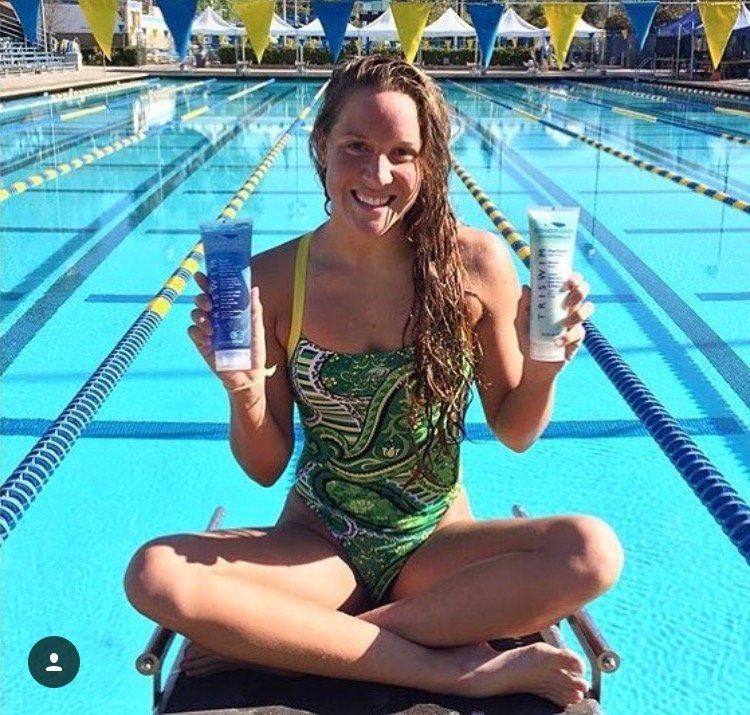 But those with long hair know a more frequent, but understated, problem occurs with swimming long distances: tangled hair that becomes matted under a swim cap and can become damaged by pool chemicals over time.

“As soon as I take off my swim cap after long workouts, my hair is just a big tangled mess,” says American professional marathon swimmer Stephanie Peacock [shown above]. “I have to pull out all the tangles and knots, and then comb it out afterwards. It takes a lot of time and effort.”

“I don’t use conditioner a few days before a race so my swim cap doesn’t slide off and, instead, stays on my head throughout the rae,” describes Lexie Kelly from California. “But then after the race, I have to deal with a tangled mess.” 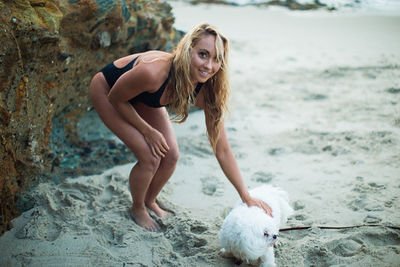 SBR Sports’ TRISWIM haircare and skincare products are the solution for swimmers like Peacock and Kelly. “I have been using TRISWIM shampoo, conditioner, body wash and lotion ever since I was introduced to [SBR Sports founder] Karen Allard years ago. I am in the pool or salt water for long hours so it is very tough on my hair and skin. TRISWIM is great for anyone in the pool or open water, especially those who swim regularly.

She also developed a facial skincare line called DERMASPORT specifically designed for active outdoor athletes. They are like goggles; I wouldn’t go training without them.
“

Allard came up with the idea of TRISWIM out of necessity as an athlete and mother. Whether it was her own hair or that of her daughters or her daughter’s friends, she knew the hassle and time required to deal with knots, tangles, and frizzled ends of hair. “I looked for products on the market, but there was nothing made specifically for swimmers. So I worked on a number of formulations and first came up with TRISWIM shampoo and conditioner. Then, our body wash, lotion and skin lubricant came later.”

An intense, late-blooming aquapreneur, Allard hit the ground running with her new products and capitalized on a distinctive market need. “The initial feedback that we received from masters swimmers around the U.S. was outstanding and we have been expanding globally since.”