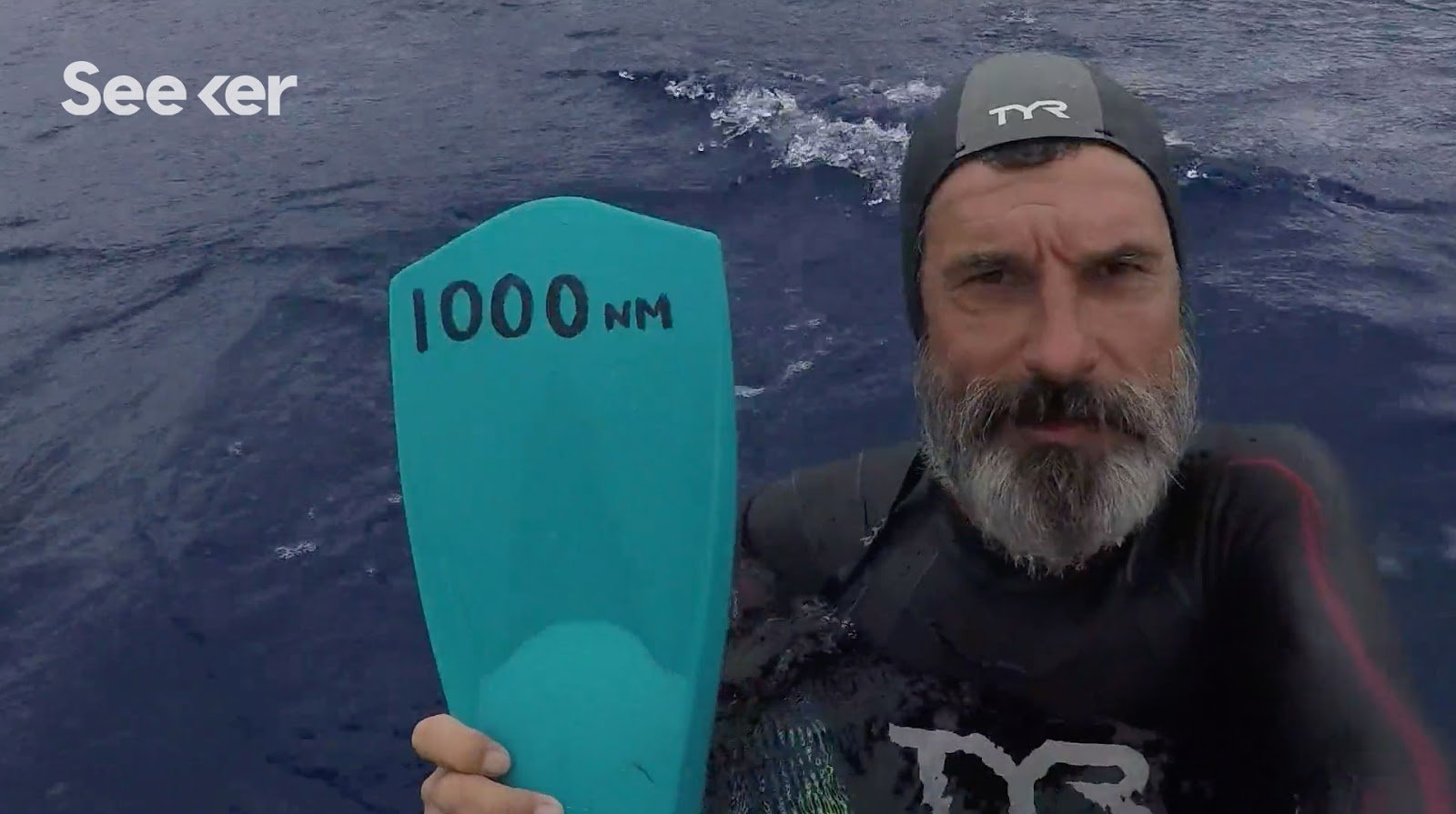 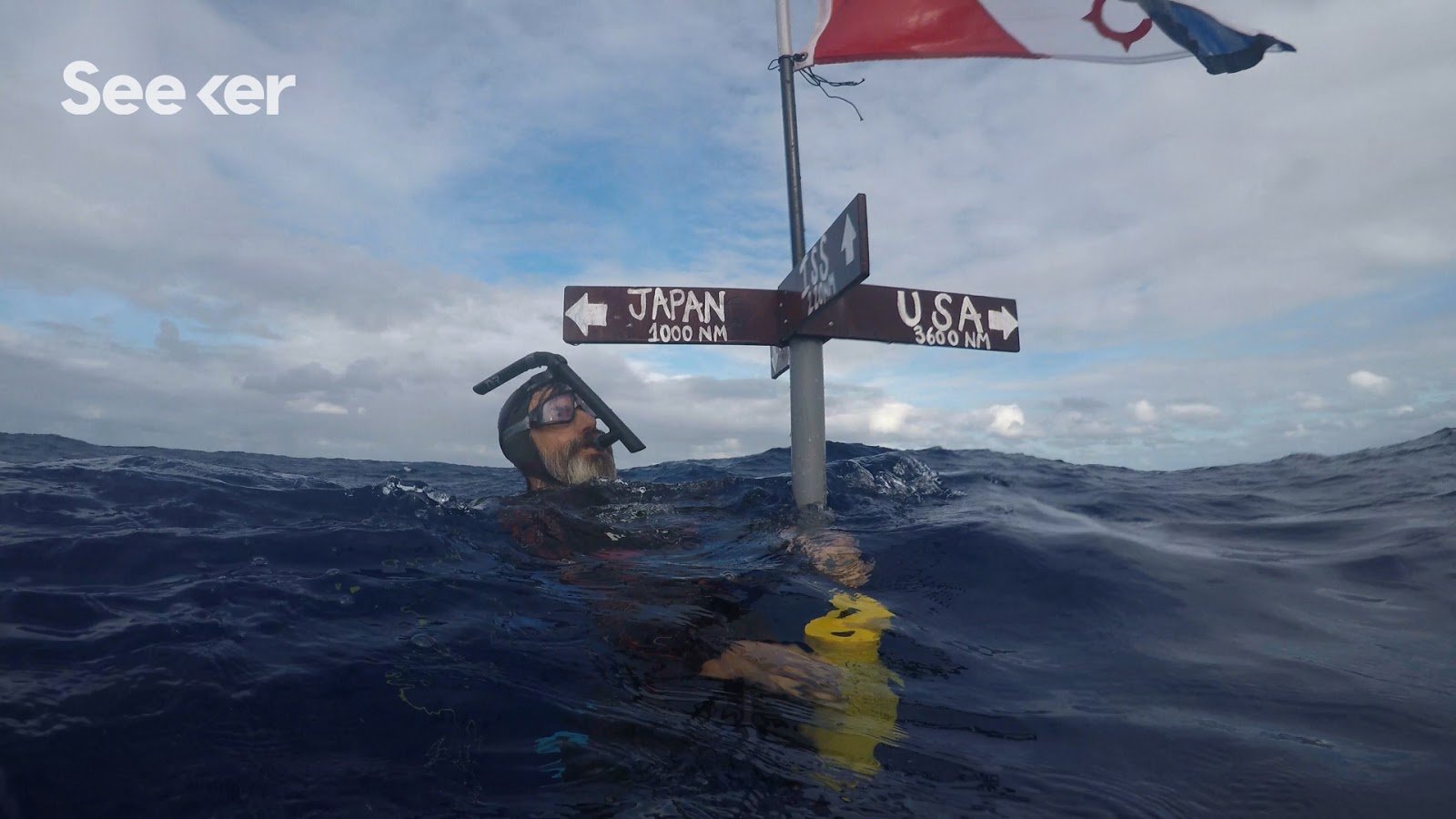 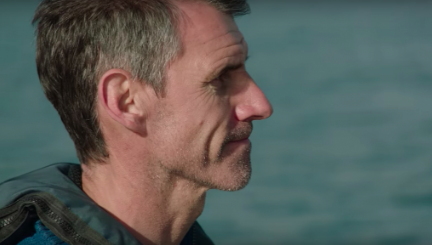 Courtesy of Seeker along the Kuroshio Current in the Pacific Ocean.

Ben Lecomte is shown on left at the beginning of his 5,419-mile (8,721 km) transoceanic assisted stage swim between Japan and California that started on June 5th.

As of yesterday, he has now completed 120 days of his stage swim across the Pacific Ocean.

Lecomte has swum 1,272 nautical miles (2,355 km) along the fast-moving Kuroshio Current in the Pacific Ocean – averaging 30.9 km per swimming day [note that the conditions have been unsafe to swim on 44 days during this period due to passing typhoons or tropical storms].

He still has a long way to go on the unprecedented transoceanic stage swim, but his crew has carefully documented his progress, managed the logistics, conducted myriad experiments regarding plastics and radiation in the water and Lecomte’s physiological data and pyschological composition – and taken photos of his facial hair growth over the last three months.

People can watch science publisher Seeker.com and its social channels to watch daily videos and live moments from Lecomte’s expedition with weekly updates also airing on Discovery. The Swim can be followed here.