Up To A Million Eyes On The Water 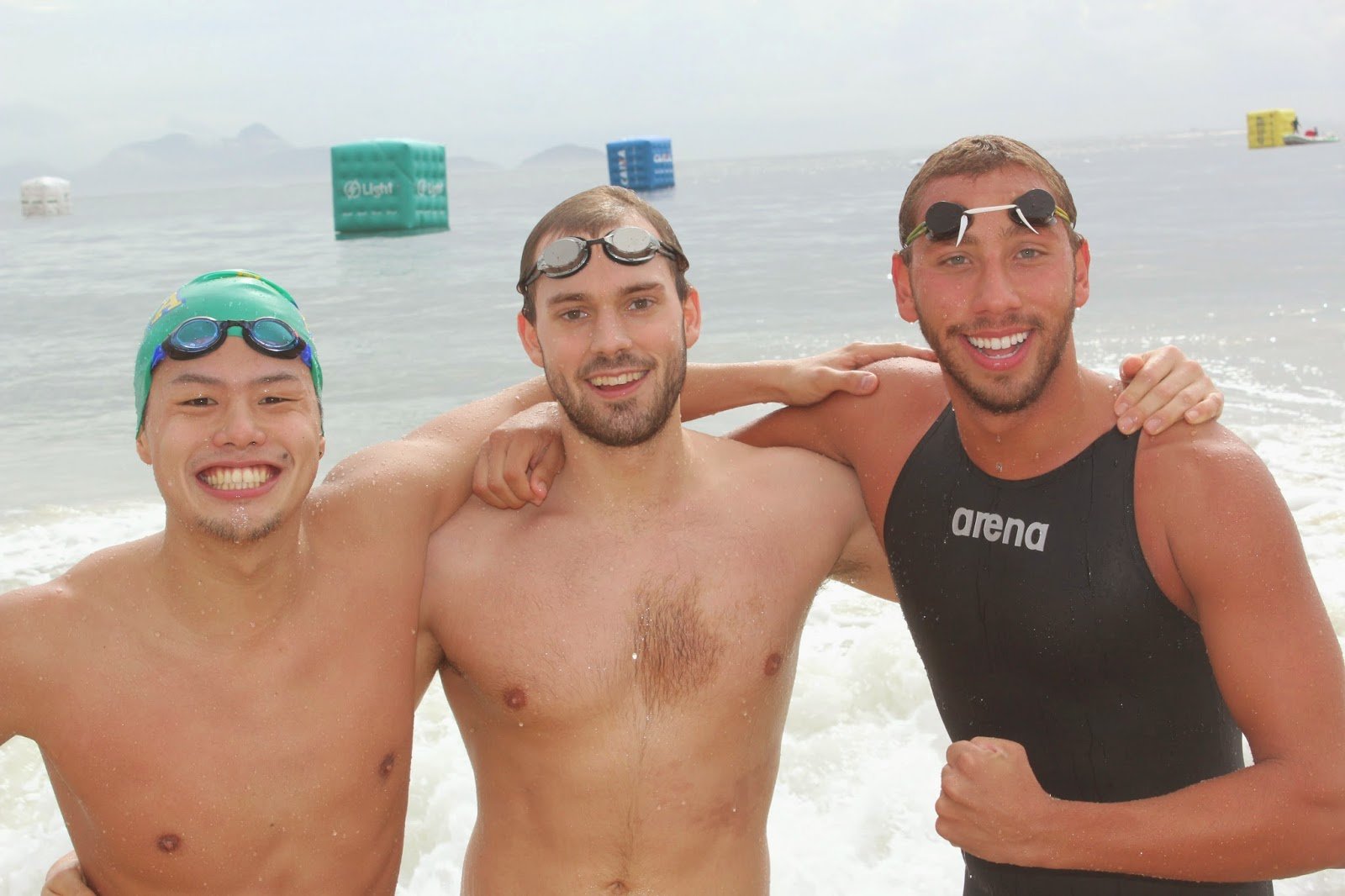 Yasunari Hirai of Japan (left), Xavier Desharnais of Canada (middle) and Samuel de Bona of Brazil (right) may be swimming again come 2016 if they qualify for the 2016 Rio Olympic Games marathon swim.

As the excitement builds, locals are estimating that the spectators on Copacabana Beach may be north of 300,000 people and possibly as high as 500,000 cheering Brazilians and Olympic fans.

Beside being a rough water ocean course, Copacabana Beach will certainly be dramatically different in many ways from the 2008 Olympic 10K Marathon Swim in China (Shunyi Olympic Rowing-Canoeing Park), the 2012 venue in London (Serpentine), and the 2020 venue in Tokyo (Odaiba Marine Park).

And judging from the excitement seen on Copacabana Beach during the Olympic announcement, there may be a whole lotta smiling, dancing, cheering and laughing involved…especially if Brazilian swimmers stand on top of the podium.

For information on the Olympic 10K Marathon Swim, visit here.