Half With, Half Against The Current In Cabo 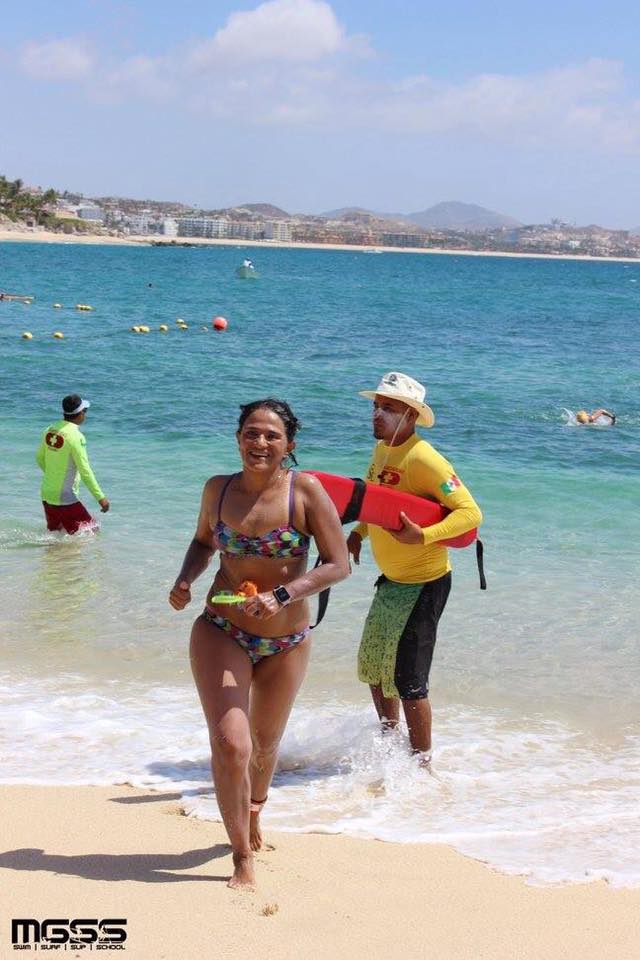 Mexican superstar Nora Toledano [shown finishing on left] reported, “It was a super competition in Los Cabos. I really enjoyed each stroke in the ocean swimming alongside a good number of friends. I managed to finish the course with half of it against the current and the other half in favor.”

This coming week, Toledano will travel up the coast of Baja California to Tijuana with Ana Lorena Olea López. Toledano will swim while López paddles as they participate in the 6.56 km Pan-American Colibrí Swim (Nado Panamericano Colibrí) between Imperial Beach, California, and Playas de Tijuana in Tijuana, Mexico. The cross-border swim is an example of Speedo diplomacy by a group of ocean swimmers from five nations with the purpose to raise awareness and funds for the Colibri Center for Human Rights in the Pacific Ocean.