Hall Of Famers To Be Honoured In Long Beach, California 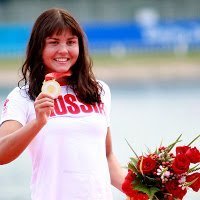 The most recent class of inductees to the International Marathon Swimming Hall of Fame will be honored in Long Beach, California on September 22nd at a formal dinner at the 2012 Global Open Water Swimming Conference.

The multi-national heroes and heroines include:

Additionally, Chad Hundeby, English Channel and Catalina Channel record holder, Eleanor Studley Hurd, first woman to swim the Hellespont between Europe and Asia in Turkey in 1929 [posthumously honoured], and Des Renford (Australia), swam the English Channel 19 times from 19 attempts [posthumously honoured] will be recognized with a Certificate of Merit from the International Swimming Hall of Fame for their outstanding careers.

Open Water Source analyzed the exploits of the individuals currently inducted in the International Marathon Swimming Hall of Fame and found some interesting facts:

The inductees represent 33 different countries including – 66 from America
– 46 from Great Britain
– 16 from Canada
– 13 from Australia
– 11 from Argentina
– 9 from the Netherlands
– 7 from Egypt
– 5 from Germany and Spain
– 4 from Italy, Ireland and Russia
– 3 from Hungary, Croatia and India
– 2 each from United Arab Emirates, New Zealand, Yugoslavia, France, and Brazil
– 1 each from Cuba, Belgium, Portugal, Bulgaria, Turkey, China, Greece, Denmark, Mexico, Peru, Japan, Dominican Republic and Pakistan.