Hank Wise Gets His Six Pack 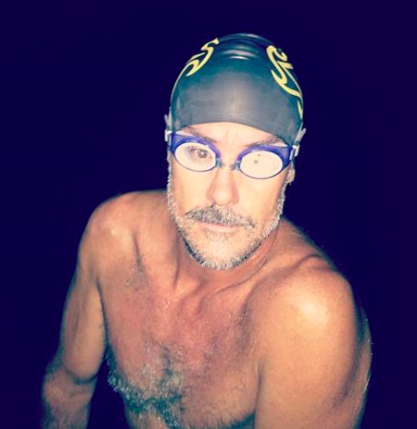 Hank Wise of Long Beach, California has long been involved in pool and ocean swimming as he grew up on the shores of the Pacific Ocean and competed for Stanford University.

He held the record for the Huntington Beach Pier Swim for over 21 years and was always a force to reckon with at the coastal beach swims of Southern California.

But at the age of 45, he caught the channel swimming bug. “I don’t have to fly around the world to face the challenge of a channel swim,” he once said. “We have the beautiful Catalina Channel in our backyard here in California.”

Today, he joined John York, Sam Neri and Tina Neill as the only people who have crossed the Catalina Channel six times.

He described his 10 hour 1 minute sixth career crossing, “The first three hours were with the current. I vomited at about 3 hours and then the last 7 hours were against current – doing it on the tough.”

He is now six for six and has joined an illustrious group of channel swimmers.