Happy Medium of Distance and Speed 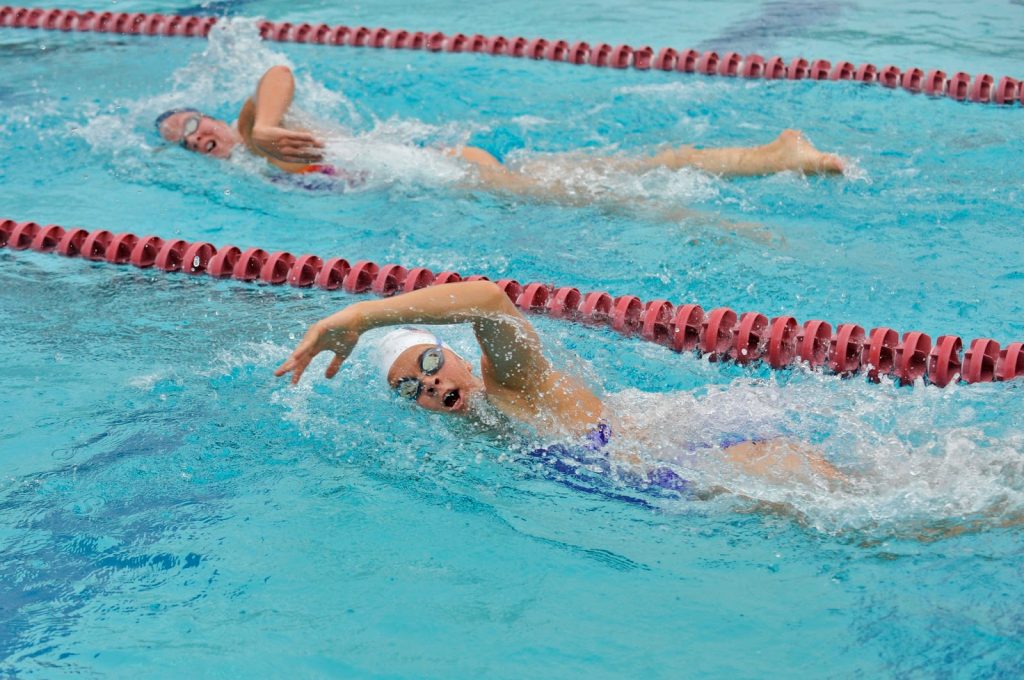 For professional open water swimmers competing at the highest level, the Olympic distance of 10 kilometers is their focus.

However, as swimmers need to develop different skills and mindsets to reach their potential in the 10K, competing in 5K and 25K races may also be added into the mix. Both these distances are contested at the World Championships, where the fastest athletes face each other in a variety of distances.

Some of the most versatile athletes, such as world champions Edith van Dijk of the Netherlands, Britta Kamrau of Germany, Trent Grimsey of Australia, and David Meca of Spain have competed in all 3 distances at the world championship level.

So with this variety of options where 5K demands a sustained speed, the 10K requires strategic racing, and the 25K rewards stamina and patience, what is an elite swimmer to do? In addition, since most open water swimmers do the majority of their training in the pool, what is the best way to go about training and preparing for an open water 10K?

While coaches and athletes are proponents of different theories and approaches on the optimal training for an elite open water swimmer, there are a few principles that are commonly held true.

In order to successfully race a 10K at the world-class level (under 2 hours for women and under 1:53 for men), one must have a solidly superior aerobic base. Racing at this speed requires built-up endurance. This can be accomplished in the pool in a number of ways. Athletes may simulate an open water race by doing a continuous 5K or 10K, stopping only to feed. In addition, open water swimmers can benefit from high-volume main sets. For example, perhaps the swimmer completes 8 x 1000, with 30-seconds rest between each, holding the same pace throughout. Although this breaks up the distance a bit, providing a bit of a mental relief every 1K, the set is a great way to build the athlete’s endurance. It is important to note that this aerobic base and endurance is not only essential from a physical standpoint, but also from the mental perspective. Swimming a 10K while focusing on one’s competitors in a dynamic environment can be very challenging mentally. It is crucial for a swimmer to have complete confidence that they have done the necessary training, both from a physiological and psychological point of view.

The pace of a 10K race becomes increasingly faster as the race goes on. A review of the split times at several of the last world championships shows that women hold fairly even splits and drop at least 30 seconds on the last 2.5K relative to the first 7.5K. The men, however, significantly speed up in the second half of the race, most times going at least 1 minute faster on the last 2.5K than the slowest 2.5K loop. Thus, it can be extremely beneficial to work on descending pace throughout a workout, especially on the main set.

This was done in a progressive descend manner. A Progressive Descend set requires that each subsequent swim is attempted to be swum faster throughout the entire 9,000-yard set. It is extraordinarily tough and quite tricky to correctly complete this set as intended and in a fashion that reaps all the possible benefits. If the swimmer begins the set too slowly, it may be too easy for him to descend throughout, and may find himself with too much left at the conclusion of the set. On the other hand, if the swimmer starts the set with an extremely fast pace, it may be impossible for him to descend throughout, or even to complete the entire 9,000 yards. It is imperative to find the perfect balance, which is best accomplished through repeated practice. The more workouts like this a swimmer does in the pool, the more prepared he will be going into a race.

Although it is essential for elite open water swimmers to have an extremely strong aerobic base, speed work cannot be neglected. Often times, the last 500 meters of an open water race becomes an all-out sprint and races are won and lost at the very end of the race. Athletes are forced to change gears at the finish, as frequently tenths of seconds determine the outcome of a two-hour race. Preparation for this may come in the way of quality sets done in the pool. An example of a quality set may be: 8 x 100s, each 100 on 8:00. Every 100 is done as fast as possible, with plenty of time to recover after each. Another possible set done to maximize speed would be: 5 x 500, with the last 100 of each 500 at best effort. This would simulate the fast finish of a 10K race.

Like track athletes competing in the 1500m, 5000m and 10,000m races, open water swimmers with a focus on the 10K marathon need to focus both on endurance and speed. These races have varying paces, depending on how the lead pack reacts to every surge and attempted breakaway. Swimmers need to be able to adjust accordingly. Athletes are bound to have to switch into a sprint mode at the end of the race – and a few times in the second half – in order to have any hope of winning a medal. While the amount of training time spent on each facet may vary from swimmer to swimmer, it is certain that these elite athletes are focusing on each one at some point.