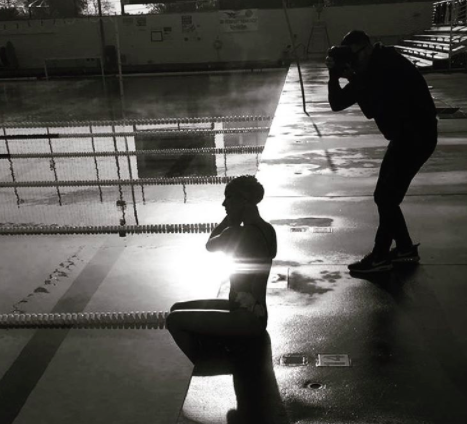 Lexie Kelly did a photo shoot for Hardcore Sport together with Olympic medalists Kaitlin Sandeno and Tony Azevedo.

While they started off in the pool, they eventually found their way to the open water in the Pacific Ocean. “It was fun when I got in the ocean, kinda cold.”

But Ram Barkai, true to form, has been working on Kelly to get into ice swimming even since her visit to South Africa.

Kelly is heading back to participate in the aQuellé Midmar Mile in Pietermaritzburg, KwaZulu-Natal as well as the Sanlam Cape Mile where she will be joined by former world open water champions Chip Peterson and Ashley Twitchell.