Have Fun, Do Good, Enjoy A Swim 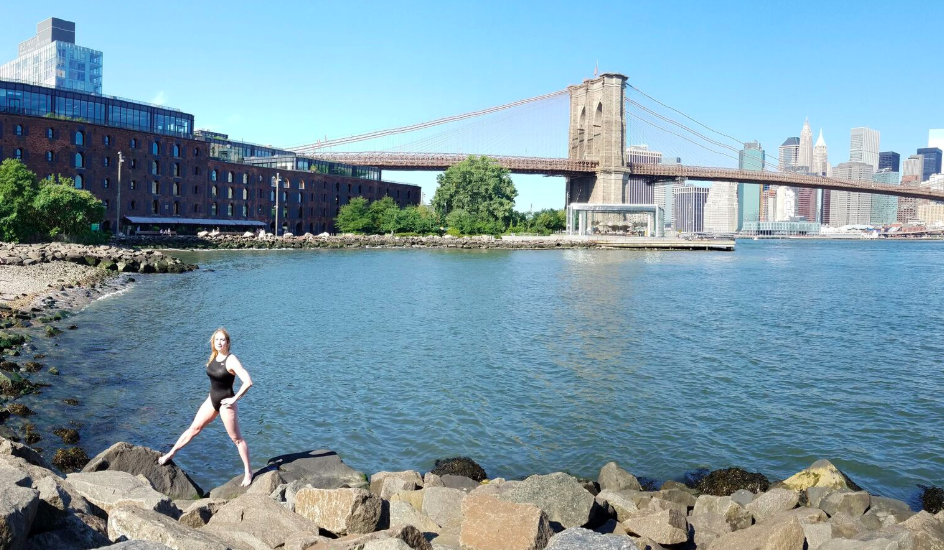 Jaimie Monahan seemed to be everywhere, doing everything, in the open water world during 2018.

The World Open Water Swimming Woman of the Year nominee completed the 15 km Cold Half Marathon Swim in Hong Kong, a 18.5 km New York Bay swim, and the 45.9 km 20 Bridges Manhattan Island Swim in New York at the end of a 16-day global tour where she completed 6 marathon swims in South America (Colombia in 32°C water), Oceania (Australia in 15°C water), Asia (Singapore in 29°C water), Africa (Egypt in 30°C water), Europe (Switzerland to France in 20°C water) to set her second Guinness World Record. She also took the time to complete 2 Ice Miles in Paradise Harbour in Antarctica (in 0.57°C water) and Ilulissat Harbour in Greenland (in 2.43°C water) and was honored by the Ice Swimming Hall of Fame.

In addition to her swimming achievements, she also helped administer the Lake Geneva Swimming Association and organized a Vampire Swim in Brooklyn, New York.

The Vampire Swim is an informal open water swim and costume party held around the Halloween weekend in Ireland, Scotland, Canada, and throughout the United States. Swimmers give blood in the 6 weeks before the swim or make a donation to a blood collection organization in their community.

Vampire Swim began in 2015 on the inspiration of Greg O’Connor, Monahan, and Phil White – and quickly grew its Vampire Swimming community.

The minimum open water distance is 25 meters where creative costumes are encouraged and wetsuits and flippers are allowed.